Waking Up In An Early Grave Part 2 - The Ruins

I decided how I will survive until I find a place. I would hunt for a while and walk further for a while. I couldn’t find anything to arm myself so I had to do everything barehanded.

Kyle, my humped animal friend finally let me ride him. He (I decided it was a he. I guess the name told you that already)rarely gets tired. And when he does, he gets up ready to go moments later, rarin’ to go. It's a nice company.

More days pass and I finally find something other than more sand.

Well I expect it to have some sort of materials or treasure. But… there may be a shit ton of creatures and I’m not talking about the domesticated kind.

The ones I am mentioning are the wild, monstrous kind of creatures. The ones that eat you bit by bit, saving some for later.

Yeah, I think I presented my hypothesis well. Now onto the debate. Should I go in or not.

A part of me was rarin’ to go.

‘You beat creatures and eat them for breakfast.’ it said, ‘You can handle a few unknown creatures. You were a God, remember?’

The other part of me was opposed to this. It ejected these thoughts into my head.

‘Those creatures were domesticated. And alone. In there they are wild, probably hungry since they haven’t eaten in months maybe.’

A mental conflict this was.

“I will go in. There may be useful things inside there. I will be careful until I am armed maybe…”

I walked towards the ruins. It was well… ruined. Debris scattered around. The rubble and dust were abundant. I didn’t see anything out of the ordinary really. Just bones of some random creatures scattered about here and there…

Wait, bones. I let my guard up as I proceeded further. There is something dangerous here that’s for sure. If it won’t come out now. It will at one point.

There was a path covered in sand. Only slight traces of creatures walking through. The rubble actually made it hard for me to walk forward. Even the smallest of pieces could hurt me because I was not wearing any sandals or shoes. I was barefoot.

I noticed a cave in the distance and went towards it. It had this moist air… If there was water, it would be my saving grace right about now.

The cave was dark inside. I couldn’t see anything. There was only the light from the outside to guide me. I first looked for small rocks and a stick.. Then it occurred to me. How can this place have a stick? It’s a cave.

Then I saw something strange. As if it was a coincidence, there was a stick on the cave floor. I went towards it. Something was weird… Ah, yes. The timing was too convenient.

I didn't know what to expect so I just walked towards it, picking it up with my guard up.

And just as I anticipated. It was weird.

The stick came to life and bit me. I was startled and I screamed in pain. I bit my tongue to stop myself. If I made another sound, something might come at me.

But it was too late. My voice echoed through the deep, dark, huge cave. And then… I felt that something, no, some things were approaching. I couldn’t see what exactly they were. But they made this squeaking sound. What was coming was small.

Or at least that was what I thought.

They were small. Like a bunch of pests. Easily killable. But that's what I thought until a bunch of them swarmed towards me. I suddenly heard sounds from the air. Could these things fly? I ran outside to get a clearer view. And then, I saw it.

It was not that the things could fly. It was just that they could turn into anything. And just then the swarm bundled up together, their form shifting until they became one heck of a monster.

Well it was more like a beast than a monster. It was a huge hairy creature a few inches taller than I was. It had a muscular physique, red, hungry eyes and it was drooling like there was no tomorrow. It wasted no time and came at me.

It tried to lunge at me but I sidestepped. It was slow. Well, with its size, it was expected. I tried to grab and strangle it but it was not letting me as it struggled to escape my grip. It roared in outrage and shook me off.

I hit my head hard and it was suddenly on top of me. Left hook, right hook. I kept on taking hits. Blood was dripping off of my face. As it raised its fist for a final shot. I rolled to the other side and smacked its head with my fists as I staggered up. It was completely stunned.

With the last of my strength, it lunged at it, strangling it, unwilling to let go. And then it miraculously lost consciousness and dissolved into ashes.

I sighed, "That was a close call."

I lay there on the ground, tired. I have to rethink what I must do to survive there.

I decided to sleep over it. And so I lay, thinking and rethinking. Planning and replanning.

I was making steady progress in the ruins. I went inside each day and cleared out an area. Unfortunately I didn't find anything there yet.

But I was getting used to the fact that I was hunted. Each day, one monster at least would come at me and I would either fight or run.

Well anyways, things were going well until that happened.

I was scouting the cave again as usual. And I noticed light on the ground guiding me to a corner.

I presumed it was a way out. But my guard was up anyway.

I followed it. Slowly…

And then I fell. 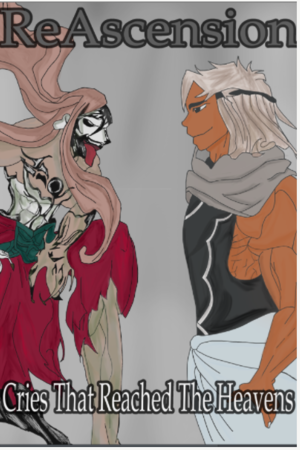