You could ask, "Why is this simple sentence that can be heard around the globe be such a huge impact to the story?" Well, heres the answer:Bookmark here

This boy right here, the one being recognized by the millions of people in their own country. Is the hero that will rise up to save the world from the evils of the land! Wait, we are jumping too much from the story. Here is a flashback on "how" a boy named Alastor Nightingale became that hero!Bookmark here

He, Marquis Nightingale, was a teenager born to a royal family. His father, Marquis Luke Nightingale was one of the strongest magic users in the whole world. His affinities include fire, water, lightning and dark and also holds the strongest ability called the Moonlights Blessing. [y.n. it is an ability that boosts his attacks on night especially on full moon.] He was also known for saving the king during an assassination attempt and not only that but he is a saint level mage the highest mage rank that is possible. Yet, his child, Alastor was born without any magic on his body. After this discovery, there was news left and right telling the citizens about this abominable curse. In result, the people in the country he lived in will say something like:Bookmark here

“Have you heard of the boy that is never capable of doing magic?” or something like this:Bookmark here

“He is such a failure to the Nightingale family.”Bookmark here

Thus, making him one of the most laughable person in the entire nation. Because of this, he was kicked out of his family house and was abandoned to an orphan house. On grade school, many would laugh at him and even go to the extent of using magic to hurt him. Until one day, he overheard his school bullies rampage inside the house hunting down Alastor.Bookmark here

This is what he heard: “Alastor, where are you!”Bookmark here

Alastor had chills down his spine when he heard them and decided to flee the building and never come back. He quickly leapt off the building and ran to the forest seeking for shelter. While running for his life, he bumped into a shrine and heard a voice. At first, he was unable to understand on what the voice said but upon nearing the shrine, the voice was gradually getting easier to understand. Here is what he heard:Bookmark here

“To seek what you shall desire, give thy blood to thy silver cup and thou shall have everything you wish.”Bookmark here

It was like a voice of a maiden, a maiden God brought down to assist those in need. In confusion yet feeling excited as well, he dropped some of his blood to the silver cup and..Bookmark here

..a set of stairs going downward to the depths of the Earth appeared. Upon nearing the end of the white yet semi-transparent stairs, he saw a shape that looked like a scepter. Then he heard that maidenly voice again. Here is what she said:Bookmark here

“You shall touch that scepter in front of you and thou shall have all the wishes you wanted come true.”Bookmark here

“I am the angel that has been tasked by the Creators to guard this scepter until the one who is pure of heart, the one destined to purge the corruption in this world. I have been living in thou scepter for thousands of years since my last master has abandoned me and thy scepter for 200 years now.”Bookmark here

Alastor got the idea and decided to hold the scepter. Suddenly, a flash of light appeared in the bottom of the shrine.Bookmark here

Visions of the last holders of this scepter appeared in my eyes. People dying, crying for help and heroes risking their lives while holding that same scepter flashed in a blink of an eye. Plus, a strange feeling went up his veins. Just then, he already knew that he absorbed all of the magic the scepter had. Then I realized, it is like the same story his father said before kicking him from the mansion. About the mysterious maiden and the legendary scepter. I questioned himself:Bookmark here

“Am I really the chosen one?”Bookmark here

And another question went up:Bookmark here

“Just why am I the one picked to be the hero?”Bookmark here

*Back to the narrator*Bookmark here

If you are questioning on what is the story all about, then here it is.Bookmark here

Once upon a time, there lived a king and a queen. They gave birth to a handsome child and were very happy about it. Then one day, when the child was wandering around the fields of the castle, he saw a beautiful girl behind the berry bushes the royal gardeners planted. Because of its beauty, he decided to follow the girl but suddenly she disappeared and a bright light just happened to flash upon his eyes. There he saw a tall building and inside of it was a scepter identical to the same ones Alastor had. Fat forward after 20 years, he decided to become a hero and went to defend the nation he most truly loved. And after a long time, he was named the “Mage of the Highlands” Then the girl appeared back after 5 years and said to defeat the ones called the “Emperors of Destruction” to remove all of the malice and corruption they put to the land. Yet, after a long journey, we was relentlessly defeated by the emperors and decided to retreat to his hometown. After reaching 40 years old, he decided to marry and live a peaceful life. So he abandoned the scepter on an ancient shrine to be found by the next heroes. And that’s where the story ends.”Bookmark here

*Back to the current happpenings*Bookmark here

After hearing on what Alastor said, the maiden replied:Bookmark here

“Thou shall defeat thy Emperors of Destruction and bring back peace to the land!”Bookmark here

He was really touched on what the maiden said and he replied “I, Alastor, swear upon my life that I will uphold the task that has been given to me by the Creators I will vanquish the Emperors of Destruction!” and then the maiden replied “That is good o champion of the Creators but before you can even dream of defeating the Emperors you must first obtain the other Creator artifact” Alastor was confused at what the maiden just said for he did not know what the Creator artifacts were and so he decided to ask. “O maiden may I ask what are these Creator Artifacts that you speak of?” and so the maiden replied ”Ahh yes, the Creator artifacts are weapons that have been imbued with the power of the Creators, the scepter that you wield is one of the 4 artifacts that are spread across the land and I need you to find all 4 of them so that you can have the power to defeat the Emperors” after the maiden said that Alastor began to understand but if the four artifacts are needed to defeat the Emperors then why not just make one single weapon “If that is so then why did the creators not just create a sinful weapon instead of 4 of them?” after hearing the question the maiden began to explain “Dear champion it is because if the entirety of the power of the Creators were in a single item if a person were to wield it they would die from the amount of power that is why the Creators decided to make four artifacts instead of one.” after the maiden finished explaining Alastor finally understood everything and so he decided to start his mission in stopping the Emperors of Destruction.Bookmark here 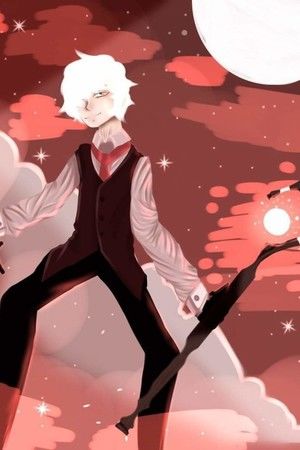