My room is relatively simple. A single bed, 2 cabinets, and a drawer desk with laptop at the top. Well, that’s aside from the various anime and gaming merchandise stored on various shelves or hanging on walls. Sighing, I threw my jacket onto the bed and went straight to my laptop.

Opening it, I was greeted by the image of a smiling Ayumi on the wallpaper… Hey! Don’t judge me! She’s a great idol and her songs are equally great. It totally has no relation to her being my recent crush and I haven’t been able to move on. I mean, what the hell are you saying, I’ve been alone all this time… It’s not like I need someone…

Whatever, opening the browser and clicking the chat group site, I then went to my friends' group chat… Yes, you heard that right, I have friends… You see, I was almost always a loner due to being too secretive, which I think also led to me actually being able to go unnoticed by people around.

Well, that’s until I met 'them'. There was this group that I once stumbled by complete accident. It was named as the 'Bored Beings'. Though the members are quite odd, they are sure very friendly. You see, the members of this group aren’t human except me, they’re actually 'Ancient Gods', which lived on different planets.

I know that you’re thinking that me being alone for too long have messed with my head and I need to see a doctor, but believe me, they are real, though too unique to be on Earth.

[Advice plz… How do you solve this puzzle?!]

[Eyyy! Got some good stuff from the place I looted!]

[Hey you! Give me that Soul Elixir! I need it!]

[No way! You’re just gonna eat it again! Stop eating too much!]

[Enigma: Shut it! You’re too loud you idiots!]

As you can see, they’re very lively. My name on this group's 'Enigma', wondering why? Well, it’s a much cooler way of saying mysterious, and it fits to myself being secretive. Plus, I find fun in any kinds of mystery. Being the human, I always give these guys opinions from my point of view, as well as other earthly entertainments.

[WarIsLife: There’s no need milady, for you’re my drugs already!]

There’s a total of 13 members in this group. Being the only human, the other 12 are all Ancient Gods, and they are:

HolyMaiden – A being which embodies healing and medicine. The goddess of light. Aside from her bad mouth, she’s a gentle and compassionate person which likes to sell her potions.

WarIsLife – An idiotic maniac who loves war, swords, and fighting. He has a crush on HolyMaiden, but always gets violently rejected. Aside from his barbarian-like tendencies, he’s a good being.

Plotter – The dude who likes villain clichés. I mean like laughing evilly while plotting something stupid behind. But in all seriousness, he’s a god who is extremely intelligent who likes to mess and manipulate others.

CheckYourInventory – He’s a friendly god who likes to create stuff and show it to others.

PeaceLife – She’s known to have created the soul, and manages the reincarnation and slumber. She also responsible for regulating miracles. Her partner’s UnderworldSucks.

UnderworldSucks – PeaceLife's partner. He’s responsible for the managing of dead souls and evil ones.

As a ruler of underworld he is the king of the devils.

RockHard – He is a perverted god who’s the embodiment of the world.

A two sided god who is sometimes can be good and bad.

LonelyTree – He’s a magical tree who embodies nature. He likes elves too much.

OldFriendDarkness – A lonely guy who rules the void.

He always do despairing quotes.

ManaLiz – She is a lizard who embodies magic and mana.

BeastlyBeauty – Another perverted goddess who gets along well with RockHard, she’s the embodiment of all living creatures aside from plants and humans.

[CulturedOjiisan: Say, don’t you think Enigma's life is far too human? Like, it’s too boring.]

[Enigma: Well, it’s not really that boring. I’m still using your green light, along with many anime and games.]

[Plotter: Ho? Then how about an improvement! You’ve helped us a lot, so why not try to do it for yourself this time?]

[UnderworldSucks: Maybe you would enjoy underworld! I could give you a free pass!]

Surely, school life is becoming more boring and annoying to me, especially when Hiro and his group shows up, and they’re just too happy at school. Maybe… It’s worth a shot? I mean, these guys has always been good to me ever since we met.

[WarIsLife: You’ll never regret this my friend! Come with me, and we’ll conquer worlds with war!]

[CulturedOjiisan: It’s settled then! We’ll plan this out and send you a package which will contain gifts and blessings from us, yeah?]

[Enigma: Alright guys! You really are the best!]

Heh, it’s finally time for me to change my life, and I’m going to have LOTS of fun in this one…

Maybe I’ll try to mess around with Hiro and his rag-tag group too…?

Revised and beta-read by BaNaeNae. 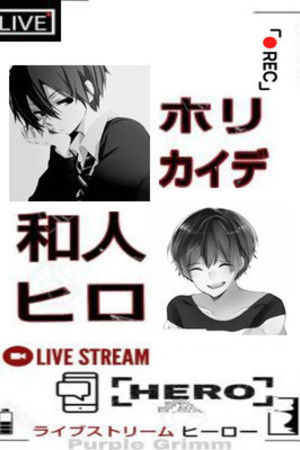