Now he was a great knight. He saved the kingdom several times and was granted the royal knight position. It was a hot evening when his partner, Dagill said, “It’s too hot, let’s go inside,” but “We must protect the kingdom’s gate,” he answered, “But we’re royal knights!” Dagill said, “Well, yes, and this is our job,” he said. “Ugh,” Dagill said, “What? Dagill have you forgotten the oath we said when we both got this job?” he asked. “No,” Dagill said, “If the kingdom fall, we will fall, we will serve the kingdom until the sky crumbles, my heart and soul is for the king, as I will protect this kingdom,” they both said the oath together. “Then do your job,” he said. “Okay,” Dagill muttered. Then they heard a noise. “What’s that?” he asked. “Don’t keep our guards down,” Dagill replied as Dagill finished his sentence, a man in a black suit galloping a horse appeared. “Hold!” Dagill said, “This is the gate to the Wind kingdom. You shall not pass unless you have permission,” he said, “Let me pass you, tiny humans,” the mysterious man said, “Tiny humans?” Dagill asked, “We are not tiny!” (actually, Dagill was only 3.5 feet tall). “You want to face my wrath?!” The man said, “Sir, please leave,” he said, but his hands were shaking. Then the man walked away just to come back five minutes later with an army of monsters, “Schist!” Dagill said, then he fell onto the ground, “Dagill!” he said and checked Dagill’s heart pulse. It was nothing. Dagill was gone. “You’ve killed my friend,” he said. “That’s what he gets for not letting me pass the gate,” the man answered. “And you’re next” with rage, he stood up, “N-E-V-E-R!”, then as he grabbed his sword, the entire army jumped at him. He killed three Gegeines, five Cyclops, and a pack of Lycaon’s wolves before falling. As monsters surrounded him, he knew it was the end of his life, but he still rushed in with his sword. Then a wolf bit him on his shoulder, and then Arachne bit him on his right leg. He was paralyzed. Then he heard a voice, “Fulminata!” and a bunch of other sounds. “Fulminata?” he thought. His brain automatically translated the Latin language “Thunderbolt twelfth legion?” After he felt that lightning bolts came flying everywhere, he saw that the lightning bolt killed every monster when his eyes stopped blurring. Still, he didn’t get hurt by the light bolts. The man was stunned. “You may win this time, little human, but I will return,” the man said but then “Pilum!” the voice shouted again, “Throw!” When he looked up, it was a rain of Pilum spears, “Ugh,” the man said and disappeared into a group of black clouds. “Are you okay?” a guy asked, but Dawn had fainted already. 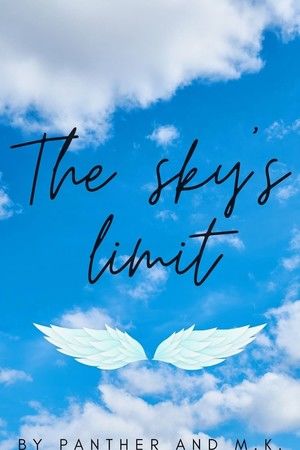