Just like Japan has manga and the US has a tradition of superhero comics like Marvel, Belgium has had its own wave of comics and style of comics. We call them BD (bande dessinée) in French or strips in Dutch. Their most common trait making them differ from other works are that they have characters that do not age no matter what and they are episodic. You can pick up any book of a series, read it and follow the story without missing anything. The most internationally renowned examples I can think of are 'Lucky Luke' , 'Smurfs', 'Tintin', 'Spirou & Fantasio' and 'Blake and Mortimer'. My personal favorite has always been Franquin's 'Gaston Lagaffe' about a guy who is doing his best and working very hard at being lazy, and not having to work at the office.Bookmark here

Even though the brasserie is closed there is a lot of work to do on our off-day. Especially if I want to go on a date with Bernie next week. Thinking about my date next week I got some extra energy and I got a spring in my steps. Okay, let's get things rolling.Bookmark here

After spending a few hours doing the books of the brasserie, it was time to clean the apartment. Frank is working in the brasserie today. He was gonna give the place a thorough clean and he was interviewing several people that wanted to work at Femme Fatale. It would be nice if he finally found someone but his test almost always ended up having to send the candidates home. “If they can't do it, why don't you just teach them?” I always asked him. His response would always be the same “How am I gonna run the kitchen by myself AND teach someone the trait at the same time?” This had become a vicious circle and now we were running a brasserie with only us 2. We were lucky we had Claire filling in gaps after school.Bookmark here

I first cleaned my room and then gave the bathroom, kitchen and living room a good once over. The kids were old enough to clean their own rooms by now. Well, I always gave their rooms a quick look to see if they actually cleaned them. I had to be especially aware of Claire on that front, everything that is not a kitchen would be easily neglected by that child. I always hoped she'd find some more things to be interested in and I was worried when I heard she lost a love interest in such a tragic way. So I was really happy that she seemed to be having such a good time and found such good friends in that FBY thing she was doing.Bookmark here

Especially Anna seemed like a very nice girl to me. Well I did pay special attention to her because for the last few days the only thing my teenage daughter ever talked about was Ms Lyst this, Ms Lyst that. It was the first time she really talked about something other than cooking. That is why I decided that I was gonna do everything I could do to support her work at the FBY.Bookmark here

This morning was the first time I saw her cooking for another reason than just cooking. She reminded me of Louis. He also was always very intense when he was working in the kitchen. When he was courting me he cooked for me every day. Those were happy days, but so long ago in the meantime that they felt like memories from another lifetime. In the end we only had very little time together and back in those days we were working hard getting this business up and running while tending to our two small children. We should've taken more time to enjoy the simple things.Bookmark here

When I opened Claire's room I saw a lot of those manga she was reading so much lately laying around spread over the floor. How did she get so many so fast? We used to have a lot of regular comics in the house. But these manga were something different. I had read one of them and it was a really beautiful story. I picked one up and indulged myself in a little break.Bookmark here

I went to the kitchen and put the kettle on and made some tea for myself. I took one of the éclairs Claire made and brought the rest of the plate to Frank in the brasserie. When I was back in the apartment I started reading while enjoying my éclair and tea.Bookmark here

The story was a coming of age story about 2 high school girls. There was a lot of angst and drama but they supported each other. The ways of the world forced them to different ends of the country after graduation. However much they wanted to be together, they grew apart, and it was only years later they met again when one of the two ran away pregnant from an abusive partner. She ran to the one she trusted most. A lot of drama unfolded again but they end up together as a couple in the end.Bookmark here

Although the story was predictable and the drama a bit over the top like they do so often in these kinds of romance stories I felt really touched by it. It made me think of how Bernie came back into my life when I was at my lowest after Louis left me.Bookmark here

I found myself falling into a hot daze. I felt warmth spread over my entire body. I could only think of Bernie and how she had helped me over the years. She truly was my one and only solace. I wish our date was today. I wanted her near me. Then I thought of her beautiful brown locks and how I wanted to touch them...Bookmark here 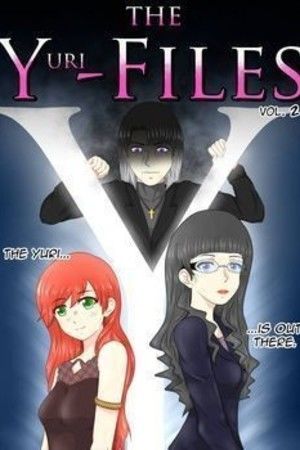