As I step out of the bus, I observe the Grandiose stone chamber before me. It looks to be extremely old, with it being chipped away in some places, with others being completely replaced by entirely new bricks.

I turn my attention to the people in robes. The robes were pure white and adorned in crosses and other holy symbols. Laced around their neck was a shiny crucifix. They are all holding a book of some kind. These people seemed to be the Catholic Church, but last time I checked, the Catholic Church wasn't able to teleport buses full of students.

Alice was standing over by a large wooden archway. Just beyond the archway was a flight of stairs that seemed to go on forever from where I was standing.

The way Alice spoke reminded me of some tour guide with her monotone voice. Not to mention her dress made her look like some kind of servant.

Akira is standing in front of me with an unhappy expression. Akira tends to be a very impatient person.

"If you're done staring into space let's go. I have to figure out why we're here. Though I already know that I was summoned to save this fantasy world, it seems like whatever higher power is out there finally acknowledged my greatness."

Akira threw one of his hands in front of his face, trying to make himself seem cool.

"Yeah, in your dreams. There's no way either of us could be heroes."

While he was most likely wrong about the hero thing, he was right about being in another world, there was no way this was Japan.

"Anyways dude, let's get going or else Hiroshi will b-,"

As if speaking his name summoned him, Hiroshi showed up behind Akira.

Hiroshi loomed over Akira, his presence feeling like the gates of hell had been opened right behind us. Hiroshi was tall, with decently sized muscles. He was someone you definitely didn't want to get in a fight with, luckily he has dedicated his life to keeping peace in the classroom. He is the kind of person to follow rules and stick to his ideals even if it means his own death. He was nicknamed the unmoving stone because of this.

He readjusted his glasses on his face, his stern expression unmoving.

“Well, are you two coming? We haven’t got all day.”

Akira grabbed my hand and led me towards the stairs, with Hiroshi following behind.

“You know, Hiroshi, you need to learn to lighten up a little.”

“I will lighten up when you learn to get your act together, I still remember when I had to tutor you for finals because you failed the mock exam.”

Shivers radiated from Akira. His tutoring under Hiroshi was brutal. Every morning he showed up looking like a shell of his former self. It was effective though, Akira ended placing in the top 50. Something that has never happened before in his entire life.

“Please don’t remind me of that.”

The horizon of the stairs neared our view. As we stepped over it we saw Alice with the rest of our class waiting there for us.

“Ah, about time our stragglers caught up to us. If you would please follow me into this room my lord will explain everything.”

She gestured to a pair of guards, who in turn opened a large set of doors.

A brilliant light shined through the doors as they opened, and what was revealed to me was a grand and fanciful throne room, finer than any room a politician would have.

On the throne sat a man, balding from what I could only assume to either be stress or age, quite possibly both.

“You may leave now Alice.”

He dismissed Alice quickly and she quietly shuffled off, a completely different person than before.

“What took you three dumb asses so long?” the voice spoke with a harsh tongue. “Your goldfish brains get lost?” Anyone who has been in my class long enough would know the voice to be Akira, our class’s full-time arrogant jackass. He likes to take pleasure in tormenting others, though for some odd reason I seem to be left out of the worst of his bullying. I have a sneaking suspicion it has something to do with the fact that we were best friends when we were kids, but one day he stopped speaking to me.

The king raised his hand to grab our attention as he spoke, similar to a child in school.

“Heroes, Welcome! I am sure you have many questions, But first, I am Emperor Orestilla, the ruler of this magnificent kingdom.”

As he spoke he gestured around the room with his tiny hands.

“We are currently at war with another nation, the kingdom of Western Faera. It’s a nation ruled by savage, ruthless beasts who only seek to destroy everything. That is why I summoned you to aid us in this war.”

“But sir, we don’t have any combat abilities!”

Someone gave out the cliche cry standard to all events like this.

“You are mistaken, young Hero. When you were summoned here the goddess gave you magical powers. The spell we used will use your most familiar object as a status sheet. As your status sheet, it will give you updates on anything from abilities to health.”

Eager to check my status, I reach into my bag and pull out an old scratched-up music player. Flipping the lock switch, the screen flashes to life. I scan the familiar white screen for any idea as to what to look for. I find what I’m looking for right under “Shuffle Songs”. It’s an option that plainly reads “Status” in the standard menu text. I spin the wheel and click on the option. After a brief second, a basic menu pops up. To my surprise, there is only a couple of things listed there.

Some of those things make sense, such as the guitar. I tried to teach myself guitar in my 7th year, hoping it would make me popular. The lack of any magic ability is shocking though. Maybe there’s just an error or something?

“Excuse me, sir. I believe there is an error with my status sheet.”

The king looks over at me before his gaze is distracted by another classmate.

a slightly large and pudgy boy waddled forward, making the floor creak. He looked to be about a few years younger than me, possibly 12 or 13.

Lewis yanked my music player out of my hand, before staring at it for a few minutes, flabbergasted. He then broke out laughing before handing it back to me and waddling over to his father. He got up next to the throne and stood up as high as his fat little legs could lift him. He whispered some secret I could not hear into his father’s ear before standing back down.

The king looked shocked for a second, that look soon turned to thought however as he pondered something.

“This is quite the issue, you seem to have no abilities. Since this is quite an issue I guess I will have to have you be executed,”

On the word Executed I felt everything happen in an instant, and before I knew it my face was being dragged painfully across the cold stone floor like that week’s trash.

I looked at some of my classmates. most of them were painted pale with shock, some just averted their gaze, and then a small few acted like nothing was going on. As the doors I came through slammed shut, I could see the brief glimpse of the KIng and his damn son smirking at me. 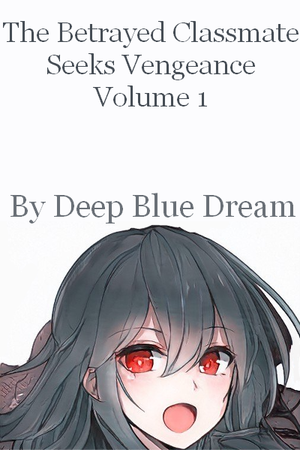