“What did you say?!”Bookmark here

“Even random appliances like the refrigerator and the TV have gone mad! What the heck is going on?”Bookmark here

Emma looked shocked, so shocked in fact that one might question if that was even natural or an overexaggeration.Bookmark here

“Like I’d know! Why in hell would everything just break, all of a sudden, without any logical explanation- Ah.”Bookmark here

An idea had crossed my mind all of a sudden.Bookmark here

An idea I wanted to reject at all costs, but that given these completely crazy developments, I could no longer shake off as nonsensical.Bookmark here

Maybe, and only maybe – this had just devolved into one of those cases.Bookmark here

If so, I wanted nothing to do with any of this.Bookmark here

I asked for pen and paper, and wrote down a phone number. It belonged to a friend of mine who owned a computers and electronics repair shop.Bookmark here

I gave that paper to Emma, and, my face as inexpressive as my body would allow, gathered my tools and headed for the exit.Bookmark here

“I’m really sorry, Emma, but this much is already way more than what someone like me can try to understand. I’d suggest is that you call that number and tell the person who answers that you’re a friend of mine. He’ll do an amazing job at fixing the issue, and should give you a pretty big discount.”Bookmark here

“… I see. Thank you very much for your help, and I’m sorry that this all had to happen when you had come only to help.”Bookmark here

Nick looked dejected. His sole excuse for spending the afternoon with Emma was gone, and even if that weren’t the case, I could guess he felt guilty – as if the incident had happened because of him, directly or indirectly.Bookmark here

Of course, I knew for a fact that wasn’t true, just as much as I knew there was no way of talking him out of his feelings of guilt.Bookmark here

I could probably solve this issue. In fact, I most certainly could solve it.Bookmark here

But something inside me was telling me to avoid getting involved at all costs.Bookmark here

After having apologized again to both Emma and Nick, I headed out and right towards my house, without as much as waiting for Nick to come with me.Bookmark here

When I had walked far enough for my sudden anxiety attack to dissipate, I slowed down my pace.Bookmark here

…Maybe I shouldn’t have run away after all.Bookmark here

It’s not their fault that anything happened. In fact, I should be pitying them…Bookmark here

And even then, I decided to run.Bookmark here

I am being a coward.Bookmark here

I decided there was no longer any point in thinking about it, and started playing some music on my headphones to distract myself.Bookmark here

There was definitely someone shouting from behind me. I saw nobody else in the street, so I instinctively turned my head to look.Bookmark here

The poor teen whose computer I had failed to fix was completely out of breath, running towards me. Bookmark here

“I’m sorry, but my knowledge of computers can only do so much. I think you should call an expert and…”Bookmark here

I was taken aback by such an unexpected violent reaction. But it seemed like, after all, it had come to this…Bookmark here

“I know the truth. Nothing’s actually broken. Stuff simply stops working when I come close. I’ll get away for a bit and you try turning on your laptop, okay?”Bookmark here

And so it went. This person, so obstinate as to try and make me go back after I had given up – walked backwards for around ten seconds, and stopped.Bookmark here

I quickly took out my laptop and tried turning it on and, to my surprise-Bookmark here

I was greeted by the desktop I knew so well, not a single issue in sight.Bookmark here

I started walking towards the only other person on the street, laptop in hand, and when the distance between us was of around five meters – the computer turned off again.Bookmark here

I could have said it was a coincidence and continued to play dumb, but at that point, might as well-Bookmark here

Might as well play along. With this farce of theirs.Bookmark here

“Okay. I’ll try to help. What is the issue then, if it isn’t a mass malfunction?”Bookmark here

“Shouldn’t you know that better than anyone?! It’s the work of a ghost. Nothing like this would actually happen logically.”Bookmark here

“Hmm. Okay, I’ll go back. Though you’re mistaken in one point.”Bookmark here

“Supernatural creatures do not exist. It’s impossible for a product of anyone’s imagination to break actual physical objects.”Bookmark here

Both of us ended giving up on our sudden stare contest at around the same time, and started walking back the way we had come.Bookmark here

Realistically, I had no other option than to follow along. I had accepted that ridiculous petition, and now I had to expose the being behind this curse.Bookmark here

Without so much as speaking a single word to each other, we walked our way back to Philip’s home.Bookmark here

To anyone watching it might not have looked any strange, but I was so tense that the smallest disturbance could have made me jump in shock.Bookmark here

We arrived after what felt like an eternity to me, but was in fact closer to ten minutes after I had originally left.Bookmark here

At the front door, Nick was waiting with a worried expression on his face.Bookmark here

I was invited in for the second time, and I was told to sit down by Emma.Bookmark here

“First of all, I’m really sorry”, she said. “We had known from the beginning that nothing was actually broken, but I never imagined one of these massive failures would happen while you were here. Even then, and even though I know you're busy, I’d like to ask you to please help us with your knowledge of the supernatural. Of course, we would be paying you whatever you would usually charge.”Bookmark here

… Who did these people take me for?Bookmark here

What kind of idiot had they assumed I was?!Bookmark here

I was so offended by this whole situation, so angry at every single thing that had happened so far, that I could only say one thing regarding her proposal.Bookmark here

“Of course. I’ll do everything I can to get rid of this curse you’ve been forced into. Leave everything to me.”Bookmark here

Emma’s face lit up immediately, seemingly genuinely surprised that I had accepted without opposing any resistance.Bookmark here

I had probably let my anger slip through just a bit too much before. Oh well.Bookmark here

Without waiting for Emma to bring me a snack – this was the second time already – I snuck out of the family’s living room and went straight for Philip’s bedroom once more.Bookmark here

I made sure neither him or Emma had seen me leave, and I gestured to Nick so that he would keep quiet. I needed to make sure of something – and I wanted nobody to disturb me.Bookmark here

I tried turning on the supposedly faulty computer – and just as I had predicted, it booted flawlessly. Now I had full access to all the data inside it.Bookmark here

Apparently, the machine was set up with Emma as its main user account, but it was set to automatically start in Philip’s. I could guess this computer had simply been passed down when the older sibling had gotten a newer one.Bookmark here

I looked through the files in search of the irregularities that might prove my theory.Bookmark here

And it was even easier than I imagined.Bookmark here

I could find all kinds of data stored on that hard drive.Bookmark here

Several folders like these, containing anything from Word documents to photos and PowerPoint presentations, were all over Philip’s hard drive.Bookmark here

I tried looking at the dates to see if I could find a pattern of some kind.Bookmark here

… And there was one.Bookmark here

The files suddenly jumped from a few weeks back all the way to two years ago. This discovery and its implications left me thinking for quite a while.Bookmark here

While my mind went through the details of what I knew so far, I took a moment to inspect the room I was in.Bookmark here

Other than the plain-looking bed and closet, there were a few more posters – from music bands, movies and videogames. There was also an old Wii right next to a small TV – both of which I had missed the last time I was in this bedroom. My hurriedness and later panic attack were surely to blame. Bookmark here

The previously mentioned closet, which I took the liberty to open, was mostly empty, except for a small pile of men’s clothes that didn’t seem to have been used in a while.Bookmark here

The whole thing seemed to be starting to develop a sizeable layer of dust on top of it, further confirming that nobody had laid a finger in this part of the closet for months.Bookmark here

Other than that, there weren’t really a lot of important details worth mentioning at this time.Bookmark here

So, seeing as I had already been gone from the living room for close to ten minutes, I decided it was time to go back and begin my actual investigation.Bookmark here

Up until now, all I had seen were confirmations to my theory and information that expanded on it. But there were still many things that remained unknown to me.Bookmark here

I slipped out of Philip’s room and into the living room, where Emma and Nick were kindly waiting for me. The latter immediately ran up to me and started whispering into my ear – so loudly that had Emma not heard it, I would have told her to go see a doctor.Bookmark here

“Hey, what do you think you’re doing? Didn’t you accept to help investigate?”Bookmark here

“What do you think I’ve been doing? I have an exam to study for, Mister Bad Timing. I can’t waste my time waiting for a snack. I’ll just get this done as quickly as I can.”Bookmark here

What an awkward silence. Maybe Claudia had been right when she said I speak too edgily for people to properly understand what I’m trying to say.Bookmark here

Seems they thought they had angered me by bringing the snack, so I had to clear up that misunderstanding and explain myself more clearly. This seemed to serve to alleviate the tension quite a bit.Bookmark here

Coincidentally, I ended up accepting the orange juice and the cookies Emma served me. Nick’s death glare had nothing to do with it.Bookmark here

“Okay. Even though I have already confirmed some very basic stuff I needed to make sure of, my investigation will officially start right now. Anything I should know before I get into it?”Bookmark here

“Hm? No, not really. I can’t think of anything right now…”Bookmark here

“Good to know, thanks. In that case, I will start by asking you. When did these incidents start happening?”Bookmark here 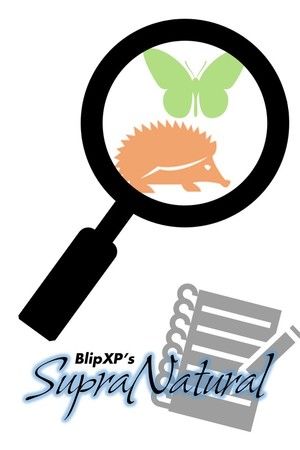