In class I'm daydreaming as usual. That is until... She comes over and slams my desk. Making all my dreams fall out of my mind.

She has a glint in her eye preparing to do something. As for what that is... I'm not sure.

Before I get to make an excuse she tears up. I didn't even make the excuse yet!

She wipes her eyes. Pulling out some cards handing them to me, and giving some to herself. She's doing something, but I don't know the word for it...

We play for quite a bit. Whenever she tries picking a card from me she has a look of pure confusion because I keep a straight face and barely talk. When I have to take a turn...

We're down to two cards. I point to the card on the left.

She tears up again.

I point to the card on the right.

Her emotions jarringly switch from sad to an arrogant look accompanied by a laugh. I keep moving my finger back and forth. She keeps switching along with my finger.

I sigh knowing exactly what's about to happen. I'm supposed to lose or she cries and I still lose? What a deal this was. I knew I singed up, but did I really even have a choice in the matter to begin with?!

I pick the wrong card. She wins.

"Ohohohohohoho!~ I knew you could never beat me!"

I drop to my knees going along with her act.

My friends decide to weigh in on the situation. Eva snickers.

"Looks like after a hard match, our loser is... Still a loser! Who would've guessed?"

Aron stares at me, understanding my pain.

(Hey all, Bert here! Starting from now on I'll be making a chapter every Monday and short every Friday! I wonder what the future has in store for them because I sure as hell don't know!) 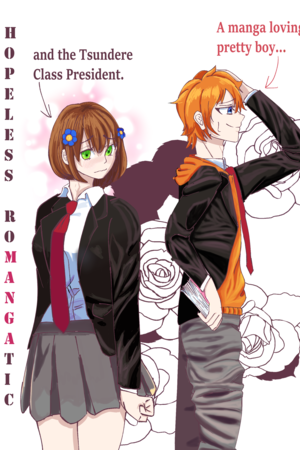