The Tale of how a Lame*** Teenager, Reincarnated as a Hero.

The Tale of how I was Reincarnated as a Hero but Decided I'd Help the Demon Lord Instead.

"No I must not be late! I couldn't live with myself if she's already gone by the time I get there! "

I began to run as fast as I could. Even though it was pouring rain and I left my umbrella back home, I couldn't risk losing her. For once nothing else mattered. I'm a shy shut in and yet in that moment I was darting between more people then I'd even ever seen. I was an awful runner as well, yet my legs took me faster then ever before. I Tokuma Jiroki was determined like I'd never been.

The rain began to pour harder then I'd ever seen it do in my life, as the clouds darkened to a black. And yet I didn't care, it was like I was a whole other person.

Finally I reached my destination.

Above the automated doors of the game store, in neon letters read "The Anime Dungeon" and I knew I was in the right place.

" Um kid. " The old man who ran the store said concerned by the drenched teenager still in his school uniform, that was me. " What are you doing? The storm's getting bad. "

In a burst of anger I shouted, perhaps a little louder and more aggressively then I intended " Don't play dumb with me. I know she's here. "

The old man's face said it all. He was seriously beginning to question my sanity and rightly so. " What are you talking about? Are you alright? You don't look too good. " He continued, I didn't think about how patient the guy was for putting up with me at the time.

The adrenaline wore off and my scrawny shut in body began to feel as though it was on fire. I barely got my next words out in between panting for air and wincing in pain " Moe... Magic... Crystal... Rush... " Of course that was the "her" all along.

The old man must've thought I was dying because he gave me the game for free then drove me to my house.

" Be careful youngin. You never know how much time you have in this world. You should probably get some rest or else you'll catch a cold. " The old man drove off in his car once he was confident in my lies that I'd go back to bed.

Of course as soon as he left I ran to my room to play my new game. Unfortunately the game took nearly all night, but finally it had finished.

" Here we go. After waiting three years. After all the mockery I got from my classmates. I've finally got it. " I brushed my knotty brown hair to the side from my green sleep deprived eyes.

I opened the app.

A cute blue haired cat-eared girl in a short dress danced on my screen and said. " Welcome master. To Moe Magic Crystal Rush 3. Meow. " She finished with a cute cat gesture. Which was way too familiar. Then it echoed throughout my head.

" Did Waifu-Chan just say Moe Magic Crystal Rush... Three!!!. " I was outraged. I thought I'd bought the fourth one. I had already bought the third one and finished it twenty times. " This isn't real. "

I looked outside for a moment to relieve some stress/anger. I peered outside and watched the lighting crackle through the dark clouds. Watching storms like this always made me calm down.

And that's when it happened. A flash of light indistinguishable from lightning.

It all happened so fast, too quick for the human eye to see. 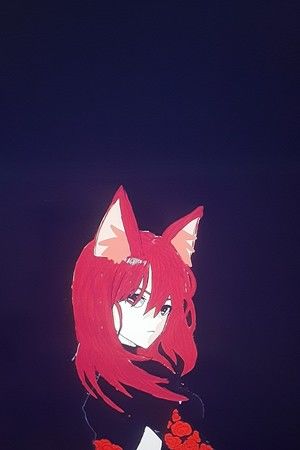 The Tale of how I was Reincarnated as a Hero but Decided I'd Help the Demon Lord Instead.