Ten years have passed, Lugh had started maturing, he was reincarnated in the kingdom of Elemencia, a land where demons lived in peace with noblemen and humans, he was a vampire. Vampires never respected the balance because they must feed and their diet is blood, lugh hadn't yet experienced his bloodlust , the vampires meal was provided by the humans monthly with criminals faced with the death penalty, they would be given to the vampires to feed on, noblemen were special people blessed with the talent of celestial magic unlike the normal nature magic the human possessed, noblemen were known to be offspring's of fallen angels and as such formidable foes, each nobleman was assigned a natural affinity and expertise except if they where from the six pillars ark, six ranking clans with power of all affinity yielded by the heir of the clan with other members having limits to affinities they can control, the most powerful ark pillar, the Lucifer ark pillar is left empty because the heir was killed by a vampire, reizel, the most strongest vampire of his time. He was almost the strongest being in the world but a curse was placed on him, the curse of the nobleman, it spread to all vampires making them vulnerable and at the mercy of the noblemen, the curse affected all vampire including reizel who could stand his ground because of the celestial blood in his system, vampires gain strength and new abilities from the blood of their victims, the curse was placed on him and his kind by the remaining kin's of the first ark pillar, and the only way to end the curse is to kill the remaining pillar arks supreme without them transferring their gifts to their kin, unfortunately reizel dies and his kin dispersed, the curse spread through fifty house but only ten houses inherited the full curse and in every fifty years a new house would birth a chosen one to complete the task of reizel, reizel unlocked the seal a little bit with his death, as he lived for seven hundred years and this year a candidate will be burdened with reizel's task and the house of Adreal is in the list, lugh hasn't experienced his first bloodlust so he has no curse on him yet, lugh's father Topan Adreal has started wondering why his son bloodlust haven't started and he consults a Spellman, a Spellman is an old vampire with the first generation nobleman curse, they know everything about vampires, "he should get his first bloodlust by evening, you need not fear if he inherits reizel's burden, it's for the best of the vampires for another hope is brought upon us, he would become the ruler of all the vampires once he's declared the candidate." The Spellman says to lugh's father, apparently the chosen candidate rules other vampires till another fifty years. "My son is my blood and my linage has always had a fair cycle just that my son isn't ready for so much pressure, i pray that the cycle skips this time and leaves my family out". Topan openly states he doesn't want the curse to cross his blood again, "dad, am hungry really hungry" lugh says to his father, they get him food but apparently it doesn't get him full. "no his bloodlust cycle just started were do we get him the blood he requires no human around and the blood of vampires don't serve, he'll just have to wait till tomorrow", the vampires lived east on the mountains, part of demon colonies while the humans lived north, the noblemen lived in among the South seas, the west was a meeting point for the feudal Lords of each races. Topan tells lugh to go sleeps and that tomorrow he'd get him something good to eat, lugh goes to bed and while sleeping the bloodlust gets the better of him and in the middle if the night he jumps up and sets out to hunt, it was as though his vampire urge to drink blood took over and he ran towards the south seas, his father checking on him at intervals notices his son is missing and decides to set out and look for him, with only his scent to track. Lugh encounters a nobleman taking a bath in the holo river, defenceless as he seemed lugh attacked and sunk his fangs into the neck of the nobleman with the venom contaminating him, the celestial blue blood, lugh drank to satisfaction and drained out all life, the heavens opened up and thunder that seemed it circled came down at lugh and the corpse of the nobleman, the corpse turned to Ash and a voiced said sacrifice accepted and now the thunder was aimed at lugh, he ran with the vampires speed but the thunder caught up with him, a seal came on lugh's neck, Lugh was struck to the point his hair turned white and it was as though he had a rapid growth from a ten years old body to a twenty years body, he lost energy and he passed out, his father watched from a distance and rushed. Amazed as he was, he took lugh and ran towards the mountains, the noblemen notices the thunder and suddenly the sixth pillars monument in the noble ground cracked and its was confirmed that the heir to the sixth pillar ark was killed, the Supremes time was soon coming to an end and the successor was chosen, lugh killed that person just like reizel did to the first pillar. The second pillars Supreme summons an instant meeting of all pillars and it was stated that reizel had been reborn, "only the ten selected candidates have power to even scratch a nobleman and for one to be kill it is clear that reizel has come back after a hundred years". The pillars declared a search for reizel's new vessel. 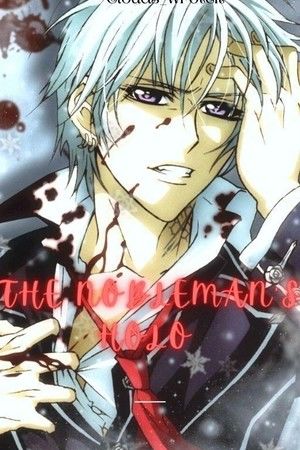