It’s a regular day on the planet Concursus. Plumes of black smoke rose from the horizon as jungle trees burned away in cosmically large forest fires. Surface VTOL Craft, helicopters, flew across the vast, green and blue expanse. From up above Caius could see villages both burnt down and standing. This was his first day on the planet, yet the sight of such carnage was not unfamiliar.

“Why now, though!?” Asked the pilot beside him.

For all intents and purposes, Caius wouldn’t know. But he had an inkling as to what occurred. A few months prior to the present, Caius’ parents were murdered in cold blood, the perpetrators were caught, of course. And Julius would know better than to… exterminate those who would threaten his family, “Perhaps uncle wants me to be closer?” Were the only things Caius could say.

“Lord von Kaiser’s your uncle? Shit, no wonder your escort’s so heavy! Typically a five helicopter squad escort is only for the most valuable of materials. Gold, jewelry, high VIPs. Kid, you have our entire catalog escorting you.” Caius looked to the sides and saw in the distance, surface jets and helicopters that circled the area. As he looked down below he could even see several trucks full of equipment that cleared the road for every mile they traveled.

“Didn’t know you guys were this powerful in this place.” Said Caius, ogling the show of martial force that his uncle presented in front of him.

“Powerful? Kid, these are captured equipment. The powerful ones are the ones that had these stuff in the first place. Damned be they.” There was a sense of bitterness in the pilot’s voice that stood clear to Caius.

“I see, at the very least it seems uncle is doing fine.” As he said that, the pilot put his hands up his earpiece, nodded a bit and set for a different course, “Where are we going?” Asked Caius.

“Rerouting, your uncle wants to see you now.” They flew far, away from dead black smoke. As they reached closer, Caius could see a small, makeshift camp situated in the middle of a fork in the river.

The helicopter landed there and they were greeted by a forty-four year old man, whose imperial robes would almost mistake him for a noble. He was, of course, was. In this robe that was once adorned by silver and gold medals, the man looked triumphantly, and proud at the sight of his nephew. He was Julius von Kaiser.

“Uncle!” Caius rushed into a hug, his uncle welcomed him into the embrace. They stood there for a while in their lovely reunion before they broke into a brisk walk towards the camp.

“Now, boy, before any further formalities. I brought you here because I want you to-”

“Look into the business at hand? I know what you’ve been up to here for the past 20 years, uncle. Privately dealing with all three empires, a status quo under your name.” Caius could go on about Julius’ antics told to him by his late father.

“Aha, I’ve been doing that, yes. But recently people have been trying to shake the status quo.” They stopped in front of a firing range, at the other end were twenty or so prisoners, bound and blinded together. They whimper.

“Lord von Kaiser,” One of the guards of the firing range saluted him, “We’ve rounded up all the unimportant captured enemies, what shall we do with them?” The guard handed him a clipboard that contained the captured soldiers’ files.

Julius scrolled through the files, carefully, he thought of the next action, “Execute them, bring their dead bodies near the camps of their respective Empires. Give those bastards a bit of fear.” They stepped away as the loud sounds of gunfire reverberated through the camp. It was almost sport for some soldiers, they fired old weapons to feel the sensation, the kickback of recoil. As their modern equipment has otherwise little of them.

“Someone’s threatening the status quo?” Such a thought was frightening to hear. Twenty, no, only ten years has passed since Julius acquired full status quo by successfully “negotiating” with military officials of all three empires to fall under his bidding.

“I’m afraid it isn’t just someone, child. For the past 10 years both Sakilo-Jawani and Caspian were locked in different wars and thus couldn’t divert their resources here in Concursus. The Antediluvian Empire was just easy pickings then, we only needed to bribe some of their officials and it was all good. You see, boy, these... empires, they thought that they were hiring different companies to fight for them. But there was only one company in Concursus, my company.” Only the Kaiserreich remained a relevant mercenary group in the entire planet. Their base martial prowess combined with Julius’ accumulated wealth and strategic knowledge made them powerful.

They integrated lesser companies, burned down competition. Within a decade, the Kaiserreich controlled the war of the three Empires. But in that decade there was no peace. For the people of Concursus and the three Empires, there was war. Of course, there had to be corpses to be shown that they indeed happen. And of course, they were sourced locally.

“Last I’ve heard, both Caspian and Sakilo-Jawani signed formal treaties with their respective wars. Now, uncle, I’m no expert but the Caspian Empire lost a significant amount of resources holding the Tridali system. That wouldn’t be the same for the Sakilo-Jawanians. Don’t you think so?” Caius ran off of stock knowledge. He hasn’t touched an intergalactic newspaper in a month now. He didn’t really feel like being reminded of his father so soon.

“Atta-boy. The Sakilo-Jawanians have flown eight regiments from various systems. Seems like they intend to fully occupy Concursus and kick out the other empires trying to grasp for the planet.” They stopped in front of a shallow ford in the river. Over the other side was a small clearing, barely visible, but Caius knew it was there.

“What’s your plan then, uncle?” He naively asked.

“There’s a Sakilo-Jawani camp clearing four kilometers in front of us, right now this camp is the forward headquarters of the Sakilo-Jawanians against the remaining forces of the Antediluvians. We stand at the border, my boy. And the Antediluvians paid us good money.” Julius announced as he struggled through the shallow ford, helped only by his bodyguards and Caius. Eventually they arrived in front of the clearing.

“For what, exactly?” As he asked, Caius noticed that beneath his feet was something that smelled of the fires that burned farther away, it was an old mixture, rarely used in the modern battlefield. But perhaps by virtue of Julius, he thought it would be fitting to use Napalm.

“To burn down the Sakilo-Jawani Empire.” Julius took the cigarette from his mouth and flicked it towards the clearing, igniting the gasoline straight into the camp. It left a fiery forest in its wake, potentially worsening the case for the Sakilo-Jawanians. They went back to the camp and waited, waited for the fireworks.

In a flash, the orange inferno erupted into a huge explosion, the shockwave of which could be heard from tens of kilometers away. The black and orange cloud of fire clawed through the sky as if to eat it up and eventually. It died down. First the screams of those burned alive, then, eventually. Perhaps through a miraculous lack of fuel, or through the disturbance of rain, the fire.

For the Sakilo-Jawanis, it was another headache, another waste of resources. They would lay the blame towards the Antediluvians.

For Julius, it was simply a simple move. He removed the Sakilo-Jawanian’s ability to launch an assault towards Antediluvian territory and made the Antediluvians reliant upon him even more. For him, it was profit. 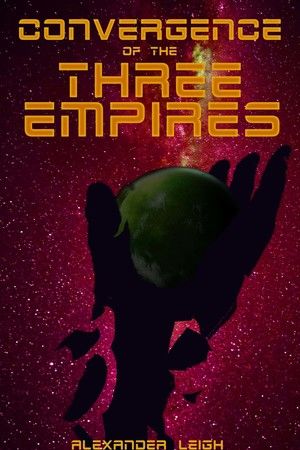