The midday sun burned my back. The little air there was in the atmosphere was so hot that sweat formed beads on my forehead and my twin ponytails were itchy. My school uniform was making me uncomfortable as it clung to my body and my bag was slipping from my sweaty hands that were joined behind my back. A sweet scent was traveling from the flowers and trees near the outer torii gate of the temple we were visiting.

The only thing in my field of view were his honey eyes that were watching me in amusement and anticipation. He had stopped some steps lower than where I was standing and was waiting for the words to escape my mouth as if he already knew what they were. I hated that about him. How he could read me like an open book. How he made it seem like he didn’t care but in reality, he was paying attention to the smallest details. His long rose gold hair was swaying in the faint wind and his ears and cheeks were bright red from the burning sunlight.

He didn’t try to rush me, he didn’t ask why I had gotten silent all of a sudden or why my chest was going up and down rapidly. I wasn’t sure if it was because he already knew or because he was trying to be considerate for once. The only certain thing was that I couldn’t keep dodging or delaying it. I had made my decision and would be ready to live with the consequences.

I had thought over my words so many times that I could express it in at least a thousand different ways. Nothing seemed right, however, and deciding to let him influence me, I stuck to the simplest but most important ones.

“You know, you are a pain in the ass but…” He chuckled and as usual, appeared to be enjoying the characterization. I smiled despite myself. There were so many things about him that I didn’t understand but I was willing to try and find out what they meant. “I like you” I finally said it in one breath.

His eyes opened widely and his smug smile faded leaving his lips open in surprise. The colour in his cheeks became more prominent and some of it spilled further down to his neck. For the first time, I saw him lose his words and not know how to react. It was a bit satisfying, even if I could feel my face burning worse than his.

He clenched his fists and tried to take a decisive step forward to come nearer. My instinct was to shy away but I didn’t. I didn’t want to send mixed signals, not anymore at least. I was so used to him talking non-stop and being full of never-ending energy that I couldn’t help but feel weird seeing him move on his tiptoes without having uttered a single word or making a single sound. I wasn’t sure how I should act when he was like this so I merely waited for him to reduce the distance between us.

Even when moving so slowly, the moment he was right opposite of me seemed to come too quickly. His body consumed all the space in front of me and didn’t allow me to look at anything else. I could feel the heat emanating from him and hear his breath from above my head.

I tried to look up into his eyes but it needed more courage than I expected. Before I could muster it up, his arms moved like they were afraid I could break but when I didn’t try to get away, he crushed me into a hug.

It felt warm. I was shocked at first but then, I closed my eyes and took a deep breath enjoying it. He sighed relieved and squeezed me against him making me feel his heartbeat. Until that moment, I would never have thought that there could be someone with a heart racing more than mine but I was proven wrong. I lifted my arms and got ready to squeeze back but he pushed me away gently without letting me go and puckered his lips.

“Get away from me, you creep!” I tried to push him away a lot more violently when I realized he was trying to kiss me.

“I may be a creep but you love me” He whined like a big baby. Aaand, he’s back. Just like that, the moment was ruined. I managed to be set free from his embrace and started walking towards the temple with a quick pace.

“Who said that? Certainly not me!”

“You can’t take it back noooow! You are stuck with meee!” He sang in his usual irritating voice. I was almost consumed by the desire to punch him so hard that he would lose a tooth but then I thought that two can play this game.

I turned around and walked back to him.

“And you’re stuck with me! Got a problem with that?!” I grabbed his hand as he stared at me surprised with my unusual forwardness. I dragged him, forcing him to follow me. If I tried to run away from it, then there was no point in saying it in the first place. Things were going to be different. I was going to make sure of that.

“You’re so strong, Kaida! I think you’re hurting me!” He pretended with a ridiculously high voice.

“Oh my, so vulgar!” I took a deep breath to calm my rapidly beating heart and let the blushing subside somewhat. I drew him closer to me and turned to face him.

“Taijo” Such a small word but it took everything in me to manage to say it. His face was so deeply red that he looked like a tomato. That oughta do the work with this chatterbox. After all, it was the first time I was calling him by his first name. Needless to say, I managed to enjoy the rest of our time without any annoying commentary. Only drawback? Saying his name had pretty much the same effect on me as it had on him. I felt like I would die. 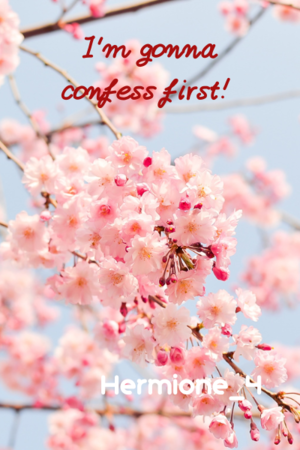