Bleeding Gold (For You)

A couple generations ago, Japan had a huge problem that prevented economic growth and the wellness of the people. There was an Overpopulation problem. Students, newly weds and the elderly could not find places to live, and so, the youth would suffer too. Families desperately tried to find a place to sleep, but alas, there was no space.

The Japanese government had finally found a solution to the problem, one that would benefit individuals as well as the economy: the "Get Out! Program” was installed. One day, all billboards and electronic devices got intercepted by different news stations reporting on the situation at hand. People from all over Japan gathered around TV’s, Radio’s and Billboards, deeply listening to what the news had to say.

Japanese Newscaster: "Attention citizens, we are now reporting on the legislation and law that has been installed into this country. The Get Out! Program has finally passed! More on this will be explained by the prime-minister."

The screen changes to a live recording of the prime-minister and his wife. Both seemed to radiate something of a powerful feeling, and somehow their faces seemed more proud than their aura described them. The prime-minister gently fixes his tie that rests on his stylish blue suit and clears his throat.

“We have successfully made pacts with other countries to house citizens of Japan. ALL students and high-schoolers will be given skill-tests to determine their best capabilities. These skills will be evaluated by the government and a list of companies & schools from other countries will be provided.” The prime-minister holds up a stack of papers, which looks like some sort of school exams crossed with IQ-tests.

"These companies & schools will give the youth housing in their country, give them language lessons and an opportunity to live, work and marry outside of Japan while still keeping your citizenship.” He points at the small text at the bottom of the skill tests, showing the exact words he just said.Bookmark here

"All children born outside Japan are allowed to go to school in Japan as long as one of the parents has a Japanese citizenship. If for some reason you cannot study or work abroad and you return here, you can get a job to aid the government. This within reason. “ The prime-minister smiles and gives the stack of papers to one of his assistants who was conveniently standing behind him.

"Adults who already have established a home here are still given a choice, but will not be reinstated into government jobs when all fails. This is an opportunity for those who have had it hard and lived without a home. All flights are paid for by us, and so everyone has the same opportunity from this day forward.”

A cannon with sakura petals gets fired into the air, creating a beautiful sakura rain behind the two government officials. The prime-ministers wife brushes off some petals from her white dress and steps forward “And before we forget, we wish you all a prosperous future.”

And so the Get Out! Program became the norm and the skill tests were renamed to the G.O.P. Test, Not that the youth actually knew what that meant. It was a blessing for many citizens. 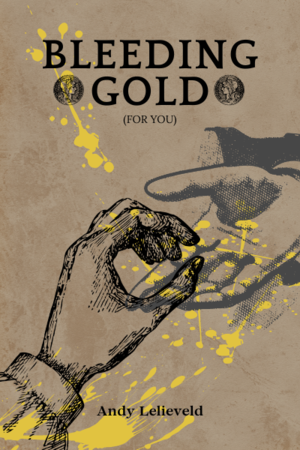 Bleeding Gold (For You)