At night a man is being chased down some city blocks by three men in trenchcoats. He takes a left into an alleyway and attempts to climb a fire escape but is pulled down before he can get his entire body on it. The men drag him to the ground and start beating him with metal pipes. The men stop after a while. They pull him up off the ground and pin him to a wall, demanding him to pay a debt that he owes. Pushing them off of him he pulls out an old revolver and threatens them. The men put the pipes on the ground and put their hands up, backing away slowly. Then a man appears behind the three men. The man still holding the gun begs for the stranger's help. He appears to knock the men out swiftly in a blink of an eye. The man slowly lowers his gun in relief, dropping to his knees and starting to cry. The stranger walks up to him and tells him “It’s ok now those men are out cold. I’ll report them to the police but you have to give me that gun.”. The man looks up at him note able to make out his face and while trembling he hands the gun to the man. The stranger grabs the gun and then empties the chambers of the gun of its bullets. Then the man says “alright boys you can get up I got the gun.” The three men stand up. One of the men says as he stands up “dang you don't think you could have hit us a little softer you now the capability of that thing.” They pick back up their pipes and start walking toward the man. The man in fear lunges at the man trying to get his gun back. But the man grabs his arm and with one hand he breaks it. The man screams out in pain and his entire body falls to the ground. The stranger picks him up by the neck and pins him to the wall above him. Now seeing the stranger's face he noticed that he had a mask on. With the unbroken arm, he swiftly takes the mask right off the stranger's face or lack of one because the man realized that what was under the mask was not human but a robot-like face with cameras for eyes and sensors lining the rest of its face. All the man can do is look down at the thing in shock. Then in a fearful tone, he asked “what…WHAT THE HELL ARE YOU?!”. In fear, he began to shake trying to get loose of its grip. But it began the squeeze on his throat but before anything major happened one of the three-man yelled at him “What do you think you doing that piece of trash still owes us money” he kept squeezing but then a different man of the three men said, “If you kill him the boss won’t be happy with that and we all know you don’t want that to happen.”. Letting go of its grip the man falls to the ground still in shock. It turns to look at them then in one jump it jumps to the roof of a building and runs away. The three men look at the man on the floor saying “Now then we were we.”. After a couple of minutes, the robot makes its way to a warehouse and walks inside through a loading dock door through the back. It walks up to a man in a bodysuit with a headset on. It removes the headset off the man. It seems to mimic everything that the man does and it seems to be controlled by the man. A big man walks into the warehouse in a very expensive suit with two bodyguards standing on the left and right of him. He orders them to grab him. He attempts to run away but the men grab him and pin him to the ground in front of him. He says looking down at the man “You dare come in here using tech by son made with back-breaking work. Days….months….years spent on this tech and you take the air out for a joy ride around the city trying to collect petty debts.” “But…but I did it all in the benefit of the family. You got to understand.” The man replies looking up at the man. Without hesitation, the man kicks him in the stomach making the other man fall clutching his stomach. The man turns around and says “This is one of my nice suits so lucky for you I don’t want blood on it.” He signals to the man with a hand jester and walks away as the man starts to screen in pain. The man walks out of the building getting into the back seat of a black car with heavily tinted windows. The man tells the driver “Take me home, I think I’ve seen enough filth today.”. A guy sitting in the car next to him asks him “Is it still ok? Did anything look broken” The man replies “I can tell it that but the man should still be alive.” “I wasn’t talking about him. I could care less. Is tech still ok?” said the other man in the car. “Yes it’s fine, and if it’s not, it’s nothing you can’t fix.”. The car drives away as the men in the warehouse are seen dragging away the man unconscious and beaten up body. 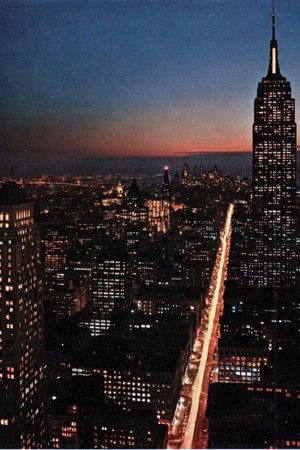