Sorry for my bad english.

Eren slowly opened his eyes. The wind was blowing quite a bit and the light was shining in his eyes. "Obviously I'm out," thought Eren. He couldn't make sense of the situation he was in. He straightened slightly and looked to the side of the bed he was lying on. His eyes were wide open. It must have been hundreds of meters high. It was like a tree house built on top of a huge stone. When he turned his head to the other side, he saw a lot of colorful birds. Each one was quite large, and they looked like they could easily knock down this treehouse. However, it was the man next to them that really caught Eren's attention.

He looked like he was in his 20s. Eren thought the man's hair was black. Her hair color was so dark that it looked like black.

Eren got up from the bed and started walking towards the man. He was the one who saved himself. It wasn't that hard to understand. He went up to the man and bowed. Then, in a loud voice, "Thanks for saving me." he cried.

The man seemed quite taken aback by this, he put his hand on Eren's head and sighed. Eren raised his head and said, "May I know your name, sir?" he asked. With a calm expression on his face, the man replied, "Atik, My name is Atik."

A huge castle, but with the exception of a completely silent room. Atik was in the throne room with his two brothers. His brothers were arguing, but Atik didn't want to come between them, so he just watched them. Then the huge door of the room opened and their father entered. He disappeared in an instant. Before both he and his brothers could understand what was happening, they heard a voice behind them: "What do you think you are doing in my room." That voice belonged to their father. He sat on his throne and watched them with his hand on his chin. They didn't even realize what had happened yet, but their father had already ascended the throne. He was on a completely different level.

His taller brother: Ray, began to speak. "Dad, don't you think that way too?" he said in a loud voice. And he continued: "You-" But he was cut short. His father raised his hand in the air to mean "shut up".

Then all three of them felt enormous pressure. They fell on their knees of their own accord. "Who are you?" ' his father asked Ray. There was a huge disdain in his voice. "Your sons." Ray replied. His father's face soured. Then he asked another question: "Who am I?" “You are our father,” Kem replied. (Atik's other brother.) Without any hesitation. Then their father asked again, "Who am I?" There was a gigantic contempt and heaviness in every letter of this simple sentence. All three of his sons started to sweat in an instant.

They had no answers to say because it was clear that whatever they said, their father would object. Atik slowly lifted his head. It was actually quite difficult, the psychological pressure that his father had put on them was affecting them a lot. His brothers couldn't lift their heads off the ground. In a low voice, "Our King, King of all the world." he replied. His father stood up with a slight grin on his face and walked past Atik to the exit. Just before leaving, "Imitate your little brother." he added. 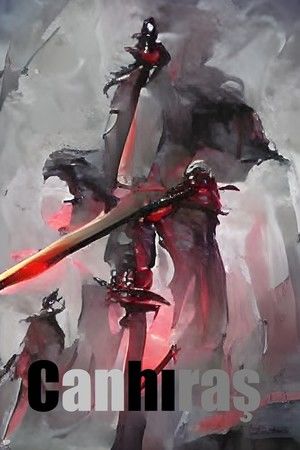