How To Scam Your Way Into A Top University Quickly

The pink petals carried by the spring breeze danced around the city, painting the perfect picture of a calm day. Yet, in the building of Kiyose Senior High School, there was a storm. Not the actual kind of storm, but a worse kind. A hushed internal war was about to start.

After the anonymous message during the entrance ceremony the day before, all of the last year's students became tense. Now in their designated class for the following school year, no one listened to the teacher standing before them. Everyone's eyes roamed through the room, looking for friends, foes, or allies in the upcoming competition.

Still, not all of them prioritized that, one blonde guy was breaking the norm as he exchanged sweet smiles and whispers with the girls seated around him. His hand kept pushing back that blonde hair of his. And with each time he did that, another round of sighs would follow.

“Yoshihara Masaaki is so attractive.”

“With a face and body like his, he can make anyone’s heart skip a beat,” two of the female students swooned, eyes plastered on the blonde guy, Masaaki.

“Why am I not sitting next to him? Maybe I'd have a shot.”

Maybe it was because the girls exaggerated his looks so much, but Haruto could not his scowl as he looked over at Yoshihara Masaaki. He has well-contoured features and piercing gray eyes, but it was his over-the-top attitude that seemed to rub Haruto the wrong way.

Their eyes met and a small smile lifted the corner of Masaaki’s lips. Yoshihara Masaaki winked and a pink tinge made way to taint Haruto’s cheeks unbeknownst to him. Before he could prove the girls right, Haruto turned his head.

The more he looked around, the more Haruto noted the differences between his old school and this one. Where before the hallways in his school used to be small, the desks in the class old, and the appliances turned yellow over time, Kiyose Senior High was different. The desks looked new, the board no longer needing a marker or chalk but was digital. The appliances were all stark white and the hallways and even the classroom were double the sizes of the ones in his old school. He could say that it all promised a good year. Or at least bearable.

The moment the bell rang and the teacher left the class, everyone stood up as if on cue. Other students came in and some left. Everyone was forming groups because earlier that day, yet another message was posted in the senior year group chat.

blank: Tik-tok, tik-tok. Do you hear that? You have until the end of today to find a team and learn what the 1st challenge is.

So now, although lacking any idea of what exactly the challengers were going to be or how the competition worked, Haruto stood up too. But if his move caught the eyes of the students, all their attention soon moved to the door from where there was a loud bang!

Down on the ground, a girl with long black hair was rubbing her forehead with one hand, eyes fixed on the phone running a game on her other hand. She did not seem bothered by all the attention, nor by the bruise taking shape on her forehead.

“Ahaha, Kasai The Sleepwalker is at it again!” one of the boys said, mocking the girl who was now taking her seat at an empty desk.

“She’s not sleeping!” a girl slapped the boy who just spoke.

“No, she just lives in those games of hers.”

“She looks like she could do better with some sun, don’t you think? Do you see her complexion? She looks sickly pale!”

“Those dark circles do not help either. She looks like a ghost.”

It was true the girl looked like she had missed more than a couple of hours of sleep and was pale, but Haruto could bet the piece of technology in her hand was at fault. Kasai-san did not seem like she was about to move from her desk to try her hand at getting a team anytime soon. But Haruto was not going to miss his chance!

One by one, Haruto went to each group that formed in his class.

“Uhm, hello –” he’d start and be cut off by another student.

Or the group would just completely ignore him as they continue chatting between themselves.

Or sit up and walk past him.

Haruto sighed, going back to his desk, and plopping on the cushioned chair.

But from the corner of the room, eyes shining, a sly fox watched Haruto keenly. The corner of his lips lifted in a predator-crooked smile.

By the time Haruto lifted his eyes, breaking from his train of thoughts everyone else, even Kasai The Sleepwalker – sorry, Kasai-san. Even Kasai-san that just came not too long ago is gone. Everyone but one person.

Standing before Haruto’s desk was a guy with overgrown pitch-black hair and sapphire eyes, a sly smirk on his lips. His hand rested on the surface of the desk, he leaned over, their faces barely centimeters apart. The boys' eyes gleamed as he spoke:

"If you want to survive this year, you'll follow me."

Satsura Haruto blinked once. Twice. As if trying to make sure if he's having some kind of weird hallucination. But the boy was still there, watching him intently.

With the same smirk on, the boy straightened himself, dusting off the black university blazer he had on.

"I am Shimanami Tetsuo," he offered a hand and as he tilted his head, Haruto saw a blue ring piercing shining in his ear. 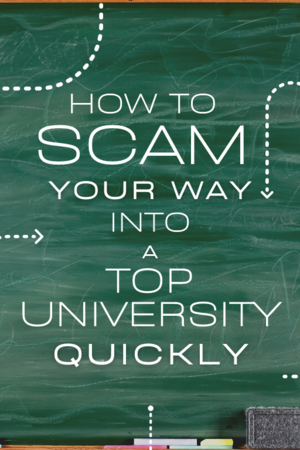 How To Scam Your Way Into A Top University Quickly