So that we could keep up to what happened to Akahoshi and Zashu Yurai now we can go to a south region of Kazegakure near the land of Alabasta so it was pretty much deserted land's. Here we can meet another rookie Elemental Fighter Ang Gozan who was an ancestor of maybe the greatest Elemental King Dinasty of the history wich gave the greatest Air King of all time the 2nd Air King Sakuta Gozan, the 3rd Fuchise Gozan and the 4th Yamato Gozan. So Ang's dream was to become an Air King as well. He was on a mission in one of the souther region's of Kazegakure when he encountered one of the Sand Commander's Kanoane Shukaku and a huge army comming from the border's.

He alerted the village and gethered all the Elemental Fighter's from there and wanted to face Kanoane and the big army but before that he alerted the capital with making a call to the HQ of the Air Army. Kanoane stoped meter's from the village and asked if they want to give up and give their therytori to the Alabasta Kingdom but the villager's answer pretty clear that they wont give up without a fight. Ang had a partner in this mission the former commander of the Air Army Sakashino Okanji but he was at a border village near Alabasta because they saw the 4th Sand King Kurojima Matakumo and he's army but nothing happened ther the real attack was on the village wher Ang was and just one of the commander's were sent.

Ang attacked Kanoane with the 1st Wind Technique the Dust Whirlwind Cutter wich were speedy slashes uppwords but it was countered by Kanoane using the 3rd Sand Technique the Desert Swamp and Ang's attack just dissapeared in the swamp made by the slash so he quikly used the next Technique the 4th one the Rising Dust Storm wich were multiple slashes from multiple direction's with insane speed at this Kanoane did not had a counter so get's most of the slashe's in but just then Ang feels demonic aura from the commander and obbserve's that he is in control of some demon. After this in the speed that he couldn't even see Kanoane used the 5th Sand Technique the Sand Storm wich damaged heavily Ang. He get's up but he has some injuries on his arm's and chest. He think's of using he's single idea what he had left to combine the 2 strongest Air Technique's so he just tryed that he used the 7th Air Technique the Gale Sudeen Gust's wich is two massive slashe's wich make an X and after that he uses the 8th Air Technique the Primary Gale Slashes Wich are multiple fast slashes from different ranges and with massive damage to Kanoane so he falls down with multiple injuries but he said that this is he's last fight so he need's to do it in a style so he used some kind of Technique and gave himself the Demonic Mode and used the 1st Moon Technique the Dark Moon with ease and with insane speed Ang tryed to counter it with the 5th Air Technique the Cold Mountain Wind and he nearly succesd but after slicing up Kanoane's attack he used another one the 5th Moon Technique the Moon Spirit-Eddy and he sliced ang down and he falled having even bigger injuries now and close to death so he uses he's last power's to try to use the new Air technique founded by the current King of Air Zamaya Kuzen.

So he somehow get's up and uses the 6th Air Technique the Black Wind Mountain Twist wich is a slash after wich a twisted slash wich send's Kanoane flying in to the sky and there Ang used the 9th Air Technique the Idaten Typhon wich are thousend's of direct short range attack's and after slicing him a thousend of time's he finaly is able to decapitate him and Kanoane died by the hand's of one of the strongest rookie's that we could see.

When the army saw that their commander died they runned away back to the land of Alabasta nobody knew nothing why they tried to raid their kingdom like never before.

But now let's see what had happened with the rival of Edymaro, Azuwa Nagatsume. He was in the West of Dressrosa where he was a leading capitain to a team of newcommer's in the Dressrosa Army and they were in a city named Havanah. They had encountered demon's but due to their number in the team he had an easy job until he had an unexpected visitor...... 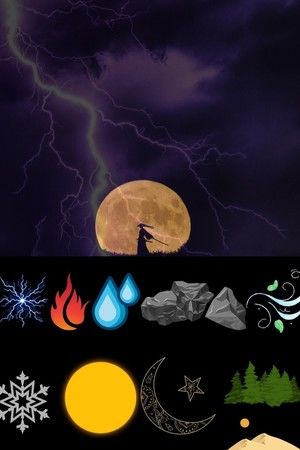