It was a gloomy day for Abner, staring at the window. Thinking about his friends and acquaintances that he met. The Commander looked at the mirror and saw Abner sulking in his seat; he turns around and gazed at what was in front of him.

Hours have passed. As Abner and his unit reached the base, the guards opened the gates for them and saluted as they saw the commander salute back. Now it is time to sit back and relax for another next assignment.

Abner, Davis, and the Commander got out of the Humvee when they reached their destination. Davis and the Commander were about to discuss their reports, they saw Abner walking grumpily. Davis and the Commander ran toward Abner, trying to catch his attention. Abner stopped as he removed his helmet, revealing his messy, dark hair and white skin. He was sweating like hell. "What is it?" he responded, trying to maintain his anger. The Commander stood between Abner and Davis. "Commander Willard" Abner mumbled, the man in his late 50s named Griffin Willard. Brownish eyes stared into Abner's oceanic eyes. The messy hair man scoffed and let out a big frustrated sigh.

"Sorry Commander, it's just- "he cut off as Willard place his hands on Abner's shoulders, knowing that he was going to cry, Davis was watching the interaction between them. He saw a blonde girl in her late 30s wearing a battle dress with brown eyes, white skin, a blonde ponytail, and a pretty oval shape face. Davis saluted at her, walking towards them fast, and the blonde saluted back. As she stands in front of Abner and her superior, the two men look at her. "Major Maia West, what are you doing?" Willard asked a woman named Maia West, who carried a file along the way. As she was going to tell him, she noticed Abner and quickly hugged him. The two men raised their eyebrows. Curious about Maia's action toward Abner. They never saw this part of her. Abner was beyond surprised at Maia. He knew that Maia West was a distant person and gives a simple answer. But this? This is new. Davis and Commander Willard snickered at the two while Abner was caressing Maia's back, the two back away, and left.

Leaving Davis and Commander alone in their world, they continue to solace each other until Abner lifts her chin and looks into her eyes. Maia was lost as she continued staring at those blue oceanic eyes. She felt like she was drowning in the ocean. Until she felt a warm feeling coming from her left cheek.

"Uhhh Maia, my love," Abner whispered, trying to get Maia's attention. The blonde woman snapped from her daydreaming and give a playful slap on Abner's chest. She heard a grunt coming from Abner as he nursed his chest while she caught his left arm and dragged him towards her room.

They didn't know that Davis and Willard were watching those running 'couples' at the Humvee. They both know that Maia has a crush on Abner, while Abner felt the same.

"I wonder when will they confess each other," Davis questioned as Willard look around. "Well, it takes time for them to admit their feelings. Just wait, time will tell." He assured while fixing his hat and leaving Davis alone minutes later. He left too.

As Abner entered the room and saw many officers swarming the room until he saw Davis and Willard leaning on the wall while waiting for the announcements from the top. He walked through the crowd as Davis noticed Abner walking right at them; he waved his hands, and Willard snickered because he knows what is going to happen when Abner reached his spot, someone put his leg on Abner's way causing him to trip and landed on Davis' chest causing the man moaned in a fem boy tone earning Willard and some people who heard the noise chuckled at their antics.

"What the fuck bro?"

"I never knew you were into this"

"No hell no dude"

"Sorry I swing that way"

"Maybe we can do that later"

"Okay then". Said Abner as he grabs Davis's left hand and squeezes as hard as he can getting Davis off guard and wailing as he felt his left-hand aching. Abner let go and watched his stupid friend nursing his left hand.

"You were an idiot, right?"

"You said that a hundred times"

"All my life I didn't know, when did I become friends with you"

"All right knock it off boys before you get scolded by General" Willard warned them.

Abner and Davis stopped their squabbles, Willard shrugged off, and mumbled "Kids". They laugh and everyone followed, including Maia, who was watching in the very corner of the room, watching the whole thing. Abner and Davis were inseparable, they were brothers. They were always going together on every occasion, no matter where they go. They stayed together, ate, sleep, and even went through hell and back.

"Your fans were so excited to see you, Davis," said Abner sarcastically.

"Of course! I have my reputation to keep" Davis replied proudly as he put his 'mighty pose' in front of everyone.

Davis Arne indeed has a reputation as a comedian, much to Abner's disappointment. Knowing that Davis loves entertaining, and he keeps it that way. But, not from serious situations.

They heard the door open and stop their conversations, footsteps occurred as Davis and Willard stared at the platform while Abner leaned against the wall knowing that there is another big operation stirring around the base.

When the man reached the platform, he wore a white uniform with his top hat. Looking at his subordinates and he finally saw Abner in the very far corner of the room, he knows that Abner will earn the rank of Captain. He gladly promoted him to the rank of Major General because of numerous reports about his deeds on the frontlines, and no military background, or knowledge of warfare. Yet, he saves many lives and helps the soldiers to fight back. despite Abner's abilities, he was delighted and astonished at his humility. Those kinds of traits were rare nowadays; he will never let that slide and never cease his praises of him.

A man named Bernard Ashford smiled and replied "At ease". His subordinates lower their hands and Bernard got their attention.

"All right then, let's get started". As he opened the T.V and starts explaining the operation.

"It's been 11 years since the outbreak spread across the country, coming from the city of Joville, 59th street. And many lives were lost that day, with many police, riot units, and SWATs holding the infected at bay. They never succeeded as the infected spread to every corner of the city until they invaded the other nearby cities: Coport, Eslario, Ciwood, Phourton, and Quncester". As Bernard played the video on how the infected spread both inside and outside of the city in simulation and analytic perspective.

"The survivors of those cities were now held on Outpost Warden, while the Intelligence were now studying the infected. Thanks to Captain Nathan Abner, the survivor, a hero of Aresridge and Edoport who led the remnants of SWATs, police, and riot units including the arrival of the 15th Battalion Infantry Regiment to fight back against the infected, saving countless innocent lives and put his life on the line to protect for those who didn't fight back. We thank you Captain Abner for everything, now let's get to work". Ashford continues as he put on the next slide.

"As the infected continuously attack numerous outposts across the Warden Front and thousands of survivors and refugees flee to the northern part of our country, and this outpost was getting overcrowded. We need to find a space for the refugees, and the supreme commander of this operation has found a solution to that problem". Ashford informed his subordinates.

"These changes everything" Abner muttered softly.

"Always" Davis whispered, Willard, agreeing with them. This news surely changes everything.

"The supreme commander's attention has set on the city of Hieham close to the city of Aresridge. The district called Hocid Hills will be the advantage point for our future operations. Any questions?" Speculated, no one answered. Ashford takes the silence as yes.

"Very well then, this operation will be conducted by Abner and his 57th Company Regiment who will sweep and clear the infrastructures one by one. They were accompanied by the 88th Company Regiment who set up the perimeter outside of Hocid Hills district the rest continue building the defensive perimeters, no more questions?". Ashford explained to his subordinates while looking at the crowd until he noticed Abner rubbing his neck, they both know that this operation will change everything.

"Everything seems to be in order. Alright. Dismiss". 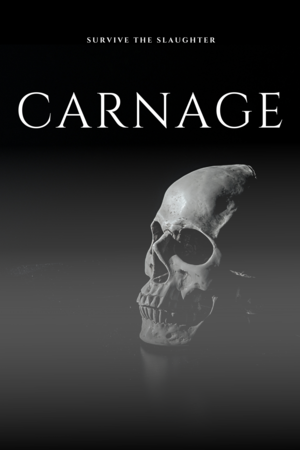