The new school year could have gone better so far. A lot of things changed, and a lot of dead ends turned up in front of me. I really should have exchanged further contact details with Ando-sensei. When we saw each other for the last time, the attack on his laptop had happened. We both were a bit distraught back then. It didn’t come to my mind to exchange at least email addresses, and this led to me having nothing but the business card of the school he left to – a school that seemed to have never existed. I searched the whole internet, but there was no senior high school named Ineigaikan in Japan, let alone in Yokohama. Maybe through this school being unfindable for me, I somehow started building a fantasy of it in my head and whatever I did, I was unable to get it out. I wanted to go there for senior high and the application period for all the schools was right around the corner. But how should I attend a school when it was nowhere to be found?Bookmark here

Finding this school was the main reason, why I sat in this bus right now. It had been my father’s idea to actually travel to Yokohama and ask around there about Ineigaikan, however he imagined this in such a big city. Nonetheless – for a lack of alternative options –, I had to agree with him. Today was the last chance of finding this school. Today would be the decision and I really was scared of finding out.Bookmark here

It wasn’t the first time for me in Yokohama. It was just the first time without any of my parents. Maybe that was why I was slightly nervous. Big cities were always a bit overwhelming for me. It would have been even worse if I would have been completely alone, but to my luck, a girl leaned at the side of my shoulder. Her long hair had the same crimson red color as my own. She wore it tied into a ponytail, making only her bangs cover up the side of her face. A gentle breathing came from her mouth, her cheeks slightly reddened. Bookmark here

Tokiko looked really peaceful, as she slept. She clung to the backpack on her lap as if it was a pillow. The cable from a headphone came out from under her cheek with which she was leaning against me. I had the other one in my ear, still listening to the energetic J-pop songs from our favorite anime. This was the advantage of having a little sister that was as deep into anime, manga and videogames as oneself. Whereas the little can be put in quotation marks. I was just about a year ahead of her age-wise and there even have been times when she has been just as tall as me.Bookmark here

We were sitting inside the express bus towards Yokohama Station, just crossing over the Tokyo Bay Aqua-Line bridge. It was a huge sea bridge leading to an artificial island, where it went over into an undersea tunnel, spanning across the entire bay off Tokyo. It was several kilometers long and lead from my hometown, Kisarazu in Chiba prefecture to Kawasaki, Kanagawa prefecture. It was impressing as always to see all the big skyscrapers from Tokyo and Yokohama in the distance, while the late summer sun just rose above the horizon, tinting their facades with a vivid orange. Not a single cloud was to be seen and it looked like it would become a beautiful day. The street descended steeper and steeper. I could already see the tunnel entry.Bookmark here

It was relatively early: quarter past nine in the morning. Besides asking around for Ineigaikan we also planned to make ourselves a nice day in Yokohama, using the whole Saturday. Tokiko needed new sports clothing anyways and as I knew her, she would not be satisfied with that alone. For me there was just a need for new shoes, and I wanted to take a look at a few video games. In other words: We had a lot ahead of us.Bookmark here

“Uarghh!” Tokiko stretched her arms, as she left the bus in front of me. “That was a quick ride,” she groaned.Bookmark here

“When you sleep through half of it …” I smiled. “Your jacket.” I handed her the red sweat jacket I had sheeted her in with, while she slept.Bookmark here

“Oh … I would have absolutely forgotten that one! Thank you, Onii-chan!” She took it and knotted it with the sleeves around her waist, completing her outfit of a light grey top, hot pants with dark leggings, and the white sneakers she always wore. One could not argue that this girl had kind of her own style. Together with her cute appearance she made it quite hard for me to fend off admirers. Even now I noticed the looks from some guys around us. Bookmark here

“So, what are we gonna do first?” She turned towards me and braced her fists into the side.Bookmark here

“I guess, we can walk a bit into the city and start with visiting the Viver.” That was a big mall near Yokohama Station.Bookmark here

Tokiko smiled and nodded. “A good idea! I need to loosen my legs a bit anyways.”Bookmark here

We went on into the eastern part of the city, where a lot of stores were located. Colorful signs hung at the streets, advertising for the provided wares. We had already eaten a bit for breakfast, so we just needed to find a restaurant for lunchtime. From my past experiences there were quite a few really good ones here and there.Bookmark here

“Did you also write Mom and Dad, that we arrived save and sound?”Bookmark here

“Awesome. Then tell me, how should we approach this with asking around for your school? I mean we can even do it on the way between places. Here are always people.”Bookmark here

She was energetic as ever. To be honest, as I watched around into the people’s faces, I really had no idea what to ask them specifically. Hey, sorry to interrupt you, but I set my mind to find a school that cannot even be found on the internet. Could you maybe tell me where in Yokohama I will find it? Bookmark here

“Let’s … take it easy, okay. We don’t have to start right …”Bookmark here

“Whoa, let’s ask this girl over there. She looks like she could know!” Tokiko ran off into the direction of a girl, who was walking right in front of us. What unique features does someone have, who knows stuff like this?Bookmark here

“Hey, excuse me!” Tokiko said to the girl, who turned around looking at her with a surprised expression. She must have been a bit older than us, wore a bright summer dress with flowers on it. Her black hair was cut to shoulder length. “You have such a cute dress! You look absolutely beautiful with it,” Tokiko gushed. The girl began smiling and bowed to thank her for the compliment. She just briefly looked towards me. Deep blue eyes. I gasped.Bookmark here

Well, there was still this other thing. The girl, who hacked into Ando-sensei’s laptop – ArcticLynx. This was the other dead end which I had run into. I tried searching for her on the internet as well but found absolutely nothing utilizable again. I wanted to forget her but somehow couldn’t. I did not understand it myself, but some part deep inside me told me that there was still something unfinished between us. When she warned me that I should stay away from her, I did not fully understand it. I wanted to talk to her more, if only for a few moments. Bookmark here

Maybe not being able to close the case with her made me overthink the stuff she said and did, but the more I thought, the more my memories of her faded, blurred and distorted. It was as if they wore off, each time I touched them. The sharp stencil my mind once was looking for had been frayed at the edges and now matched with much more girls in the crowds then would have been good for me. I saw her face everywhere I went, even though it was statistically near impossible. Meeting someone twice in a group of a million was in the ballpark of some lotteries. But maybe there were fate and destiny, who were able to overpower probability. Or – as disappointing as it sounded – there was the much likelier alternative that there simply was no big plan but just the throw of a dice we were unable to influence. Bookmark here

Nonetheless it felt like fate was making fun of me, especially this time. It was insane how similar the girl right in front of Tokiko looked like ArcticLynx – or at least what I remembered from her. It was only a whole different charisma that separated her. This girl seemed way more reserved.Bookmark here

“Uhm … thank you very much. You got a really pretty hair color yourself,” the girl said, her eyes darting between my sister and me. She smiled. Bookmark here

Tokiko pointed at me. “My brother and I just arrived here in Yokohama. We are looking for a senior high school here, uhm … Ineigaikan. It is a school for IT stuff.”Bookmark here

“IT security,” I corrected her.Bookmark here

“Yeah, whatever. We also have a … a card. Onii-chan, where is the card?”Bookmark here

I quickly felt my pockets. “Yeah, uh … I have it right here.” I pulled the business card from Ando-sensei out of my pocket and handed it to the girl.Bookmark here

“Do you maybe happen to know where we can find it?” Tokiko asked further.Bookmark here

The girl’s eyes read through the small business card in her hands. “I am very sorry, but I am afraid, I have never seen or heard of it. Where in Yokohama exactly should this school be?”Bookmark here

Tokiko redirected the question towards me. “Uhm … I don’t know, to be honest. I was only told that it is somewhere in Yokohama. It is strange, I mean they don’t even have a website and you know … it seems to not exist and … uh.” What on earth was I even talking? Bookmark here

She giggled, then smiled at me and just took another look at the card. She shook her head. “I am really sorry, but that does not ring a bell with me.”Bookmark here 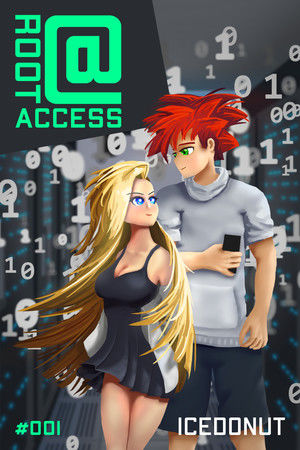