It seemed like Boston hadn’t quite expected to see them there in the diner. In fact, he seemed very ready to order a mug of hot coffee himself when he caught sight of them.

“Trust me, I’m not happy to see you either,” Rei grumbled.

Of course, his expression was hidden behind his fox mask, but Boston gave a resigned sigh and snapped his fingers. “Orders are orders. Men, take them. I’ll treat you later.”

As both Rei and Calix were hauled to their feet, too tired to resist, Boston commented, “I’m surprised you got out of Vice’s fight club alive.”

“Well, you’re the one who pulled the lights, didn’t you?” Rei shot him a glare.

“What, are you thanking me?”

As they were put onto the Sunset Eyes’ bikes Rei asked, “What did you do with our stuff?”

“You can have them back at some point,” Boston replied, revving the engine. “If you’re still alive.”

Rei had half a mind to throw Boston off and take control herself, but her arm was still injured, so she stayed quietly on the bike, silently judging Boston’s driving skills.

“Where are you taking us?”

“Well, I suppose a certain someone wants to meet the two people who are so desperately trying to keep the lights on tonight,” Boston replied. “You two took up the job, and who else? No one else cares about the lights. Just you. And so of course, someone would wonder why.”

Rei herself wondered why as well. She supposed that at this point it would just be easier for her and Calix to give up, but the more opposition that came her way, the more she was confused, and was less willing to give up this job. She was especially curious to see just who it was who wanted the city of R’veno to be put into darkness.

Boston and crew brought them into one of the nicer areas of the city, the lights still finely lit, golden squares lining the sides of the skyscrapers. Rei and Calix were brought inside an elevator, a much nicer one compared to the one at the fight club, and they went up. Rei stared at the reflection of Boston’s mask in the metal doors, the floor numbers blinking higher and higher…

“Careful what you do,” Boston said, hand tightening around Rei’s arm as the doors opened. “Your shoes already dirty this place.”

“So do yours,” Rei replied, but she went quiet as she and Calix were brought before a couch and forced to a kneeling position. Someone stood behind the couch, looking out of the window, wearing a long coat, hands clasped behind his back. His hair was light, practically white, and when he turned Rei noticed that he looked young, perhaps eighteen at most, and one of his eyes was a mechanical one, delicately covered by the ends of his hair.

He seemed oddly familiar, though Rei could not place him anywhere in her memory. Not just yet.

“Haze, we’ve brought the bounty hunter and bartender,” Boston announced. “The assassin we are unable to find.”

“Don’t worry about the assassin,” the boy grinned, taking a seat on the couch, crossing one leg over the other. “He’s none of your business. Caius, why don’t you come bring our guests some drinks?”

Rei heard Calix’s breath catch in his throat as a black-haired man in a plain suit with red accents brought a tray of drinks for them. Boston and his men each took a glass but Rei declined. She had had enough to drink already tonight and she wasn’t sure she trusted what was in them.

“I hear you’re trying very hard to keep the lights of R’veno on,” Haze said, tilting his head. “Why don’t you tell me about it?”

“Are you the one trying to put out the lights?” Rei asked.

“I certainly am, Rei. Is that a problem?”

“I mean, you took the bounty, right?”

“You put out the bounty too?”

Haze chuckled and shrugged, taking a long sip of his own drink. “Who knows. I just want the lights out. And Boston and Co. have been doing a very good job of doing so.”

“You’re sick,” Calix breathed. “Do you even know what would happen if you put out the lights?”

“Yeah.” A breath of a grin appeared on the boy’s face. “It would be something beautiful to behold.” He paused, and swished the liquid in his glass around. “Is something the matter, bartender? You look like you’ve seen a ghost.”

“Maybe because I have seen one.” Calix’s eyes followed the butler’s movements. “Caius, is that really you?”

Caius glanced at Haze, and Haze waved a hand. “Go on. Answer him.”

“Whether or not it is really me, does that matter?” Caius’s voice was low. “What do you think? What do you see before you?”

“I see my missing brother, working for someone with a despicable goal in mind…”

So many familiar people in one place… Rei racked her mind for the name and face of the boy before her, but maybe it was because of the alcohol and caffeine, her mind only buzzed empty nonsense, and she could barely place her thoughts.

Boston’s voice broke through behind her. “Do you want us to go after the assassin as well? He was a bit of a hindrance to us earlier.”

“I wouldn’t worry too much about him right now, Boston. If you would like to go after him later, be my guest. But all assassins have clients, you know that, right?”

It seemed that Boston wanted to ask him what he meant, but he bit back his words. “Fine, then. Do you want us to stay?”

“If you wish.” Haze blinked, the long lashes on his normal eye fluttering like a butterfly, his artificial one emitting a series of whirs and clicks. “But you know, I’d rather have the lights be put out, the sooner the better. Caius, why don’t you go show them their new quarters? Keep them out of trouble for now.”

As they were hauled to their feet, Rei asked, “Who are you? Who are you really? Do we know each other?”

Haze’s eyes widened. “Oh, I thought you would really remember me, Rei. Why don’t you go jog your memory downstairs? Probably serve you better than trying to turn the lights on again.” 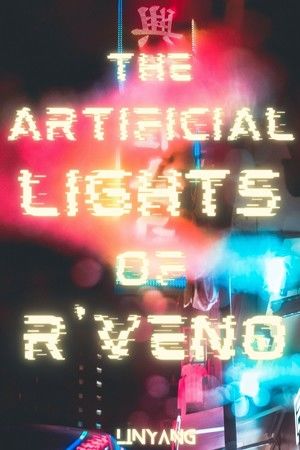