My parents arrived. Ayase-san insisted to go out of the room so that we could maintain our privacy. My Mom tried to hug me, but she hesitated to do so after realizing that it may not be good for my current condition.Bookmark here

“My son, welcome back.” She said. Bookmark here

Dad held Mom’s shoulder from behind while saying, “Welcome back, Yasuhiro.”Bookmark here

They left their day job early. That was what I thought. Ayase-san might’ve been in touch with them since I was admitted to the hospital, and the moment I woke up, they arrived here as fast as they could. Was that the proof of their love?Bookmark here

Here was a plot twist. We were once rich, but because of me, Dad’s long-reigning business was over in a year. I made a mistake again and again. I had always been a shame, so I find it strange that Dad would still come here to see me. He must be cursing me to hell now. This would be an unusual assumption but, did he change his perspective towards me because I saved a life? Bookmark here

“When you fully recover, let’s go somewhere. Let’s have a vacation.” Mom said, as though talking to a depressed little kid.Bookmark here

“Yeah. It’s good to do something different for every once in a while.” Dad, smiling before me, seconded Mom.Bookmark here

After that, we talked about various, random topics. Most of it was good times and my memories about it were vague. It was unfair that bad moments tend to surface out of our past, only for us to feel sad, guilty, or regretful. The good times, on the other hand, was often disregarded and thrown away. If humans just have the ability to be thankful in the midst of a storm, that would’ve been the best. We would’ve been contented and happy with what we have. We wouldn’t have been worried about everything we lose. We would’ve able to move freely, whenever and however we want. There wouldn’t have been a hindrance in our actions. Just imagining myself to be in that state of affairs, I'd smile from ear to ear.Bookmark here

My parents urged Ayase-san to enter the ward. She received a warm welcome from them. Likewise, Ayase-san was so thankful and told about my heroic deeds. The story that came out of her mouth seemed to lose its credibility because of exaggeration. They were full of joy, because of me waking up.Bookmark here

Ironic, isn’t it? That they obtained happiness from me in that way. Does that mean, despite all my mistakes and errors, I could still be significant in someone else’s life? That could be true at least. What I witnessed today was the solid evidence, after all.Bookmark here

Sooner than I know, I was discharged from the hospital. My head was shaved because of the surgery, yet the two months of coma was enough for it to grow a little. The doctor explained my condition. He said that I had trauma after my head rammed to the other side of the railway. The impact was bad that it injured the inside of my head, resulting in the blood to fill in my skull and brain. Immediate surgery was a must, and fortunate enough, I survived. The downside, I was declared comatose and I depended on life supporting machines from the ICU. Furthermore, I stayed bedridden for long, neither the doctors, my parents, my little sister, nor Ayase-san knows when I’d wake up. While I was in a coma, I couldn’t remember the events that took place. It feels like I was in a dream while hearing various voices. Some were familiar, but most were not. The doctor explained to me that it was a common thing for coma patients. Although the brain couldn’t function through thinking and motion, the auditory sense still works. Like my case, I could still hear, yet I fail to understand nor recall what was told. I was compared to a newborn baby. The doctor told me that the voices from my parents, relatives, little sister, as well as Ayase-san’s daily visit, was a big help for my recovery. He said that it helped my brain to stay active by registering the voices. It was a major influence on how I woke up in about two months’ time.Bookmark here

The entire family ate together. I tried my best to look all right. To be honest, until now I was in disbelief of what was happening. Eating together was already surreal, and Dad smiling -despite all the loss that he experienced because of me- brought me to sudden bewilderment. As far as I could recall, I haven’t apologized to him yet. Bookmark here

Would it be better to say “sorry” right here? Bookmark here

I dropped my gaze. That’s not good.Bookmark here

I’d just ruin the fun if I do that. Bookmark here

My little sister was present too. Although she still doesn’t want to talk to me, at least she was doing her role by eating with us. Her name was Matsuri. She was now on her 2nd year of high school. She was once a caring little sister, and I find her cute as a kid. Yet, after she had a boyfriend in her high school, she changed and suddenly acted like a mature young lady. Thus, stopped talking to me. She started to hate me when I fail over and over to the point that Dad’s business went bankrupt. Sure enough, she was blaming me for all the misfortunes that this family encountered.Bookmark here

After thanking for the food, I headed to my room. My room was nostalgic. It was simple; only composed of a bed, a desk with a chair and a laptop placed on it. There were no specific and interesting things to see. It was true that rooms reflect with the owner’s interest. If I love music, there would’ve been a pile of CDs of my favorite bands inside, along with musical instruments that I wanted to play often. If I love anime, there would’ve been sets of figures, games, and volumes of manga and light novels in my shelf. If I love baseball, there would’ve been posters on my wall featuring my favorite players, and I would’ve bought my own bat, uniform, or gloves.Bookmark here

You know what? My room was empty. Anyone else could conclude what my personality was. A boring individual who has no interest in anything. A man whose cup was impossible to fill. That was the most vivid description that I could think of. Anhedonia[1], was it? Couldn’t say for certain, yet I think of possessing that kind of mental condition.Bookmark here

If I was the main character of a novel, it’d be a boring story that must be dropped at all cost. Heck, I bet it wouldn’t even face the light because the publisher would reject it without hesitating. Despite that, every story must go on. Bookmark here

Life is a written novel. You must never skip the chapters that make you who you are, no matter how insignificant or boring it is. Sounds like a good quote; but in reality, it doesn’t help. Time would always come that you’d feel cornered and hopeless, thus throw away everything.Bookmark here

I lay and rested at the bed. The ceiling and the light were the things that could give attention to my eyes. I still couldn’t believe that I broke my old record of falling asleep for long hours. The last time took eighteen hours a day. Now, my new record was for one month and three weeks. Well, I wouldn’t be able to break that for a while. Unless I sleep forever if you know what I mean…Bookmark here

I pictured Ayase-san in my thoughts. The Doctor told me that she visited my ward almost every day. Was it out of duty? Or did she do it on her own volition? I still couldn’t call a sufficient answer. Nevertheless, I must take for granted that she stayed with me. She helped me more than enough. Bookmark here

I saved her life, and it was the best event that happened so far in my biography. Who knows? It might be the trigger of our cordial relations. I find it hard to comprehend, for the first time, I felt the strange feeling of excitement. Bookmark here

No, that wasn’t right. I had the same feeling the moment we talked that day.Bookmark here

I heard voices from various people at the station. From kids to adult, talking about topics that I find either trivial or nonsensical. It wasn’t that I don’t understand their concern, I was not interested. I don’t care about anything, because today, anything would be for nothing. Hell yeah, I was meant for nothing from the start.Bookmark here

Right. Once our life ends, every little part of us would wither away.Bookmark here

I heard the train approaching. It became louder and louder, as hesitation stood in my way. I closed my eyes, not to calm myself but to kill the doubts. With a quick gulp, I ran fast and jumped!Bookmark here

My eyes widened. The first thing that I saw was the ceiling of my room. In shock, I find myself nervous while staring at my hands in the midst of tremor. I took deep breaths and clenched my fists.Bookmark here

I stood up and headed downstairs. I went to the bathroom and washed my face. Gazing at the mirror, I looked at my distressed expression. Why do I have those dreams? Up until now, do I still picture myself committing suicide? I should’ve been happy to find Ayase-san in my life. I should be grateful and increase my appreciation for the blessing that I do not deserve.Bookmark here

I clenched my fist. Why do I always think of dying? Slapping my face over and over, I told myself: I have to change! Yasuhiro, pull yourself together!Bookmark here

Right. I have a good idea. Tomorrow, I’d return the favor. I’d invite her to go out as thanks for her everyday patronage. The succeeding events were my turning point, I don’t want to waste this chance.Bookmark here

[1] Anhedonia is a diverse array of deficits in hedonic function, including reduced motivation or ability to experience pleasure.Bookmark here 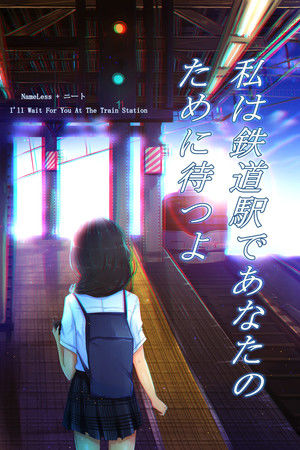