This is the end of my life.

This is what it’s like to fall down from a building, huh?

I guess time really does slow down when you’re in your final moments. I thought it only works like that in movies for dramatic effect. Or maybe it's just some sort of psychological phenomenon.

I hope it only hurts for an instant.

Just then, I heard the sound of footsteps running at a swift pace.

Huh? How am I seeing this in slow motion?

It was just in an instant, but I saw a boy bounce off towards a tree and caught me in his arms. However, he could not completely control himself mid-air, so he accidentally let go of me and we both rolled down to the ground.

W-what is this tremendous pain? I don’t think I had a great landing….

I touched the side of my thigh and noticed a strange reddish patch on it.

“I am so sorry. I wasn’t able to stick the landing……” the boy said.

He walked in front of me and put his hands together.

Who’s this guy supposed to be?

The odd thing I noticed about the boy was that he was wearing a dark blue fedora on his head, with his jet black bangs sticking out from under the hat and unsettlingly mesmerizing indigo eyes.

Since when were hats allowed in the school? And who even wears fedoras nowadays? This guy has questionable fashion sense….

The boy held my thigh and looked at the injury.

“My apologies, milady, but you have a bruise on your thigh. I don’t think you’ll be able to walk properly at this rate. This means I’ll have to carry you.”

Did he just call me milady?

“Tsk, the zombies are coming, I have no choice.”

The boy put his hands under my body and lifted me up swiftly.

“H-hey! Put me down! This is sexual harrassment! I can’t allow this!”

He then started running forward in a direction away from the zombies.

“There’s no way I’m leaving a girl behind. You can scold me later.”

“Why did you even bother saving me anyway?”

“As a gentleman, it is my duty to save people in trouble. I can’t bear to let anyone die within my sight,” the boy smiled at me.

As a gentleman? Your duty?

“Drop me down, right now! I’m fine with dying! In fact, you ruined my suicide attempt!”

I tried to struggle and get out of his hold, but he grasped me even tighter and somehow kept me in place.

What’s with this guy’s strength?

“Ha? Calling me pretty, huh? Are you just trying to seduce me with your sweet words? I’m not falling for it!”

“No, I’m not trying anything. I’m simply just stating a fact. You’re pretty, that’s all.”

A zombie tried to tackle him, but the boy spun away and proceeded to evade every zombie in a smooth manner.

What is with this guy’s agility? For him to do those things while carrying me? That’s insane!

“Heh. I thought you wanted to die, yet you decided to warn me to dodge that zombie.”

“Hmph, whatever!” I crossed my arms and pouted.

We made our way to the gymnasium and saw some people by the doorway.

We both made it inside the doors and the people closed them shut. The zombies weren’t able to get in, so all they could do was bang on the doors and growl. However, it meant that we were pretty much going to be trapped inside for a while.

He gently placed me down on the stage and took off his jacket.

“Look at you, trying to strip and show off your body, huh?!” I said.

He looked away, flushing and handed his jacket over to me.

“I could say the same for you, milady.”

I looked at myself and realized that my body was basically half naked. I instantly panicked and covered my chest with my arms immediately.

“I don’t need your help! I don’t want to owe you anything,” I said.

“Do you really want everyone else to see your exposed body like that?” the boy said.

I hesitantly took the jacket and covered myself with it.

“I’m not going to do you any favors. Just know that!”

“I don’t have any intention of asking you for anything.”

The boy sat down just a few inches in front of me and sighed.

“Look, I don’t know what your problem is, but I’ll apologize for anything I may have done to offend you. You don’t have to forgive me, just know that I’ll do my best not to make you angry again.”

The boy closed his eyes and warmly smiled at me.

It’s pissing me off. He gives off the perfect nice guy vibe. But, I can’t continue to lash out against him. I’m starting to sound like an angry femcel. Wait, it’s probably because I am.

“Forget it, I just needed a little bit of space,” I brushed him off.

“Let’s start over. I’m Percival, but you can just call me Perci. May I ask for your name, milady?”

I’m surprised he doesn’t know my name. I think we’re in the same year level and I have a very notorious reputation in school. I’ve seen him a couple of times, but I don’t know his name either. Goes to show how big the school is. What was strange was that I never noticed him wearing the fedora until today. I was probably just being too self-centered with my life up till now.

“Can you stop calling me milady? It’s weird!”

“You just said it twice in a row!”

The person who said that and two other boys walked over the stage to confront us.

He’s a brown-haired guy with sky blue eyes and a rather attractive face popular among the ladies. But his voice pisses me off.

My first ex-boyfriend. I broke up with him after a week because I found out he was dating another girl. Unfortunately for me, he lied to everyone that I tempted him to cheat and stole him from his original girl.

As for the two other boys, they’re just dudes I rejected.

One thing’s for certain, they don’t want me here.

They tried to walk closer to me, but Perci blocked their path.

“If it isn’t Perci. The ultimate simp who loves to treat women like queens. Quit being such a loser and move aside.”

“Apologize to her right now. You have no right to call her that word.”

His words made me look up in curiosity. He’s asking him to apologize? Is he crazy?.

“Ah, still trying to play gentleman, huh? Stop with that stupid act. No one wants to sleep with you, virgin. Not even Ori would do such a thing.”

There’s no way I’m sleeping with any of you bozos.

I don’t believe it.

“Ah, shut up. We all know deep down inside, you’re just a lonely guy who’s desperate for female attention.”

“Are you done talking? Or are you finally going to apologize?”

“No way I’m doing that, idiot. Kick her out of here, now. She’s not worth protecting. Not one bit. She’s a horrible human being. Everyone here knows it.”

Everyone nodded in response. They all looked at me with the same eyes of disgust. I placed my head down and tried to ignore them.

Please stop looking at me…

I felt footsteps coming closer to me. It was Perci standing directly above me.

“Is it true? All those things you did? The rumors about you? Are you a horrible human being?”

“Why are you asking me that? Are you even going to believe what I have to say?”

I bit my lip and struggled to say the words.

Why are my eyes misty?

I wiped my eyes off and cleared my vision.

Perci stared at me for a while, like he was looking at a pathetic little kitty.

Perci looked towards Bryce and his gang.

“You heard her, she’s completely innocent. Can’t you see it in her face?”

He actually believed in me?

“So naive. She’s obviously faking her emotions. I can’t believe an idiot like you can continue to fall for her stupid tricks.”

I’m not. I’m really not. Why can’t anyone understand?!

“Do you even have proof for your claims? As far as I’m concerned, you’ve failed to provide anything concrete,” Perci said.

“Ah, whatever. We can just deal with you through other means,” Bryce put out his fists.

The three boys tried to approach Perci with the intention of beating him up.

“Last chance, Perci. I won’t hesitate to beat your ass.”

Perci was winning in the battle of words, but when it comes to physicality, I doubt he can stay still. There’s no way he isn’t intimidated by them. There are 3 athletic guys against him, he doesn’t stand a chance. Now’s his cue to give up and cry for mercy like the nice guy he is.

Ah, there it is. Signs of non-hostility. Being afraid to fight is the typical reaction.

Huh? Why are you just standing there? Move away already. There’s no point in you defending me! Are you still trying to act tough in the end? Is this some sort of way of trying to please me again?

“Please stop, Perci. It’s pointless. I’m not going to reward you for doing this,” I said.

“I’m not doing it for any reward.”

Perci looked at me with eyes of determination.

“I’m doing it because I’m a gentleman.”

Bryce launched a punch towards Perci and I closed my eyes. Then I heard the sound impact of a punch that landed.

I slowly opened my eyes to see the result.

Perci had blocked the punch with the palm of his hand. He let go of Bryce’s hand and made him step back.

The two guys ran after Perci and tried to attack at both sides, but he blocked their attacks with ease and kicked both of them away.

Bryce tried to punch him again, but Perci weaved right through it and slapped his face.

Perci continued to counter every attack they made, using strong slaps to the face and kicks towards their chest.

The boys started to look dizzy, but they continued to fight Perci nonetheless.

Suddenly, I felt a strange presence backstage and tried to look back, but I felt a knife appear close to my throat.

“Hello, Ori,” the boy said behind me. “Why did you leave me again? I was too sad to care.”

It was Damien, a black-haired dude with gloomy black eyes. My second ex-boyfriend.

If you’re wondering how many ex’s I have, it’s seven. I’m an idiot for falling for all of them. It’s my fault for being such a naive girl. No wonder people call me a seducer. At least I’m still a virgin. No one would believe it though.

Perci looked back panickedly, distracting him from the fight and got himself hit on the back of the head. 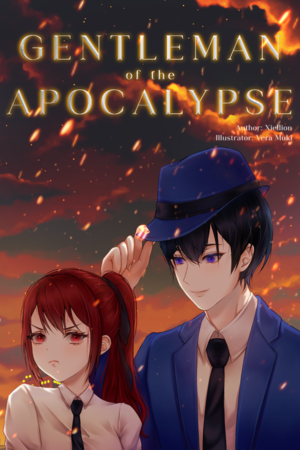