Vicious corroding rain evaporated as it touched the scorching concrete, noxious fumes rising from it. Any creature that breathed in the toxic gas would die, yet a woman stood in the middle of the street, alone: despite their resistance every member of her squad was dead. She saw them get torn apart by the horde of encroaching creatures, its sheer size and mass enough to crush all hope, as their augments and borrowed power became meaningless.

"You have 5 more minutes. That’s all I can grant you."

"I cannot give you more."

"You would if you could and I’m grateful nonetheless."

"What of the others, can you not call upon them for assistance?"

"They realized we'd fail. They all left hours ago when my crew started getting dropped. The cowards fled to new hosts" she paused, looking towards the sky briefly before dropping to the floor and laying on her back. "That makes me wonder, why did you stay?".

"Were you expecting me to leave?”

She snorted, "There's no way we make it out of here." Danae paused, sighing deeply before gasping through her nose "I know what you’re thinking and I'm not letting you do it."

"We have a respectful relationship. for that reason, I will ensure you do not-"

"Quiet.” It interjected, its commanding voice coming from within her. “We have become so much more, and you know you can merely slow me down. You cannot stop me. It is my existence and I will be the architect of its end."

"Then I'll cleanse you. Either way when I'm dead you'll have to find a different host."

"It has become a custom of yours to make tasks far more difficult than they need to be."

The steps of more creatures than one could hope to count rumbled the earth. They had been surrounded from the beginning, but it was to be expected when the dead littered the fields, ripe for taking over.

Danae turned around, quickly getting up and sprinting across the street. Acid rain sizzled on her metal-flesh, and if it weren’t for her transcendent augmented body each step in the melting concrete would have felt like hell. It took a few nimble steps to reach and climb a building through exposed steel beams, moving upwards toward the collapsed ceiling and finding a tiny space, a hiding spot to sit and gather her thoughts. The woman had far too many augmentations to mask her signal at all; she’d have to fight.

“Five minutes should do the trick, but I need to ask something of you.”

"Be aware that no matter what you say, the power I can grant you remains the same.”

The woman avoided the piercing gaze of the figure that appeared from her chest, now standing above her.

"I never told you but... I have a kid" . Danae swallowed, her throat dried up and she felt as if she had a knot in her stomach. A silence of acknowledgement filled the air.

"I left them with someone I trust, a girl that lives in Neo 17, I don't know if it's a boy or a girl, or neither... Hell, I don't even know if they're still alive. ..." Danae described a woman. She knew the demon’s perfect memory would be enough to find her.

When It responded "Of this. I am aware.", she was taken aback.

"I saw the pictures. I saw the memories."

Danae looked at the creature, scowling half angry and half confused. “What the fuck does that mean?”

Danae chuckled. “Amen to whatever the fuck that means.”

"The favor, you were asking."

"Ah... well, we were both dying tonight anyway."

"Might as well do ‘something worthwhile‘, was the saying, right?"

Complicit silence filled the space between the two creatures, as Danae stood up and jumped from the building, falling on top of the horde of enemies and splattering both meat and metal all over the streets. In the middle of the carnage, with the creature sliding back into Danae, he spoke.

“I will look for and after your child, and protect them as if my own existence depended on it.”

From Danae's back, a set of clockwork wings sprouted, sharp and perfectly synchronized. Her helmet-covered face became contorted by exertion, and her hands glowed with clock engravings over her metallic flesh. A scream of sheer agony filled the air as rain slowed down. Danae now danced through the drops in a choreography of destruction, yet still finding a moment to transmit a single thought: "Tell the kid I'm sorry. Mom's not coming home.” 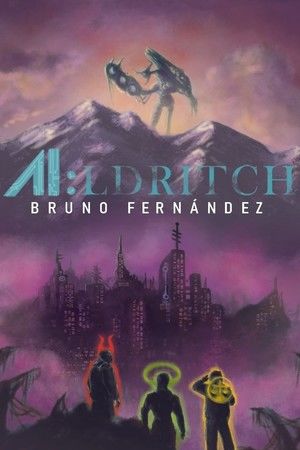