Keb wakes up nauseous, it wasn't her first time getting drunk in the club. She receives a phone call from the office.

"Oh Crap, I'm late" ,she yells as she jumps off her bed to attend the call.

It's Mr Jack , divisional head ,he talks about a research project on the newly discovered chamber in the IBIS PYRAMID. Apparently, it's a direct order from the Boss.

She dresses up in a hurry, on her way out she stumbles upon a chain with a black key attached as a pendant.

She couldn't recall anything about this strange key pendant, she leaves her apartment as she wears the pendant.

Once she reached her office ,she meets her team mates for the new project.They are a team of 5 in total.

Mr Jack briefs them on their mission. It will be a 6 hour flight to Egypt, where they have special access to conduct study on the recently discovered secret chamber .

After the tiring journey and a days rest, the team arrives Infront of the Ibis pyramid. The entrance is guarded by the Egyptian military , the team was allowed to go in only after they confirmed the ID's. The first day of research went smoothly until one of the members found a secret passage . The militants were furious , they stopped the members from going any further .This event made the team more curious.

Later that evening , Keb along with other members decided to sneak in the pyramid to explore that secret passageway. They were able to sneak in

as there was less security during the night."Be quiet and follow me " said the guy who found the passage.

It was pitch black inside the chamber , black lights being the only source of light for the team.Everyone followed him into the passage . The walls were filled with heiroglyphs , everything was recorded by guy upfront.The passage led them into a hall, this rectangular hall had an entrance on each side. The team decides to split and explore all three entrances.

Keb has been silent through this time as she noticed something eerie about the key pendant. "Its almost as if the key is enticed towards the entrance on the left" ,she thought to herself. She volunteers herself to explore the left entrance , while the rest of the team scouts the other two entrances.

The eerieness of the key grew as she walked further and further ,untill she reached the end of the passage. The only hieroglyph on the wall translates,

"These aren't walls!! , It's an entrance to the chamber of Anubis- Egyptian God Of Death", she thought in complete stagger. 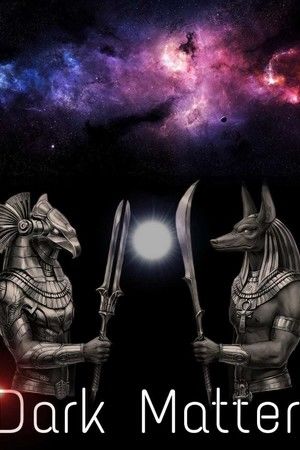