Chapter 0, Parting is Such Sorrow

20 years after the events of the Eldá tragedy
I am Rey, age 15 male. I live with my mother, father, and little sister Nena. We live in a human sanctuary set up by friendly Ujies. An Ujie is a highly magical race with reptilian-like skin, big eyes, and vibrant hair colors. I think they are part of a religious cult that is against racism?  We live with other humans here.

I am one of the 7 children that live here. We are taught by the Ujie who are surprisingly aware of human history.

"Hey, Rey I'm cooking dinner," Mother says warmly while setting the table but Rey just sighs. Mother speaks sterner now " Some of the villagers are coming to eat, your sister is already milking the cows and preparing it."

Rey looks up surprised "Since when did Nena learn to do that." She stops setting the table and wipes her face and states bluntly "Well maybe since you got too lazy, anyway just go to the stream and get some water. Rey tries to argue but goes anyways.

He walks down the rough dirt trail that leads to the fresh stream water. Past the tall pine trees moving in the wind with birds chirping in them he sees a rabbit hurtle across in front of him.

Rey sighs mumbling to himself about why he has to go a mile just to get water for people he barely knows. Remembering the times when his brother would sneak him out to look at the view from the top of the hill.

Would bro have wanted him to give up on hope, probably not but that doesn't matter he's dead now because he had hope. He dunks the buckets he had carried there into the water and starts to head back.

When he nears, he smells something familiar, flame magic. He remembers it from when his teacher had demonstrated it. Wait there shouldn't be any lessons today, should there?

When he spots the villages its... on fire and partly blown up. He drops the water and he feels dizzy. "MOM" He cries "DA...DAD" "NENA". He breaks to a run, passes burned bodies and charred food never to be eaten.

He continues to shout when he reaches his house it's gone, directly hit.
Mom, Dad, Nena... gone just like his brother Deran, why me why did I survive. He starts to dig through the wreckage in a desperate attempt.

After a few minutes, he walks with his head down in an ugly cry when he here moaning and grunting down an alley. Rey runs to the noise. W...what if it's his family, what if they were outside inviting people.

It has to be. Please. When he reaches the noise he finds his teacher wounded and leaning against the wall of a partly destroyed house.

"REY, y..your alive" he coughs out. "What happened" he almost shouts as he begins to cry again wondering if anyone else survived. "Th.. the elves th...they found out about this place" he spits out clearly in pain.

"GO, run they will send people to make sure your all dead" he Beggs Rey. "b...b...but you what about you" He yells. "I'll... I'll distract them, just GO" pleading now. Before he can argue he hears footsteps in the distance. "NOW" he whispers.

He begins to run past his murdered friends shame and guilt that he of all people survived.

Rey has lost everything now his house, his family, friends, and what little freedom he had there. Now he must venture in this world that cares not for humankind. 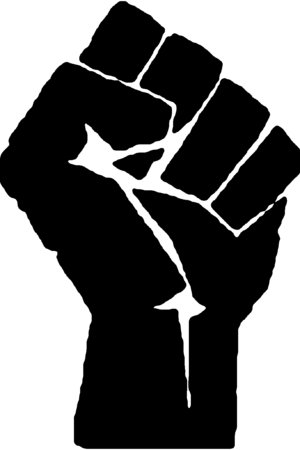