Lunch break time, Nathan still talking about his failure to revenge his shame in cafeteria.

“I don’t believe he can pass all that traps!!” said Nathan.

“When failed to get his lunch food?” said Lemirk.

“Oh, he doesn’t believe it and going to check it immediately.” Said Dallas.

“Or broke his chair?” said Lemirk.

“I wonder why he bring screwdriver in his bag.” Said Dallas.

“But I like when he can escape from the water splash at toilet.” Said Lemirk.

“Yeah, he passed to next room just like know it coming.” Said Dallas.

“And the girls getting close to him after the test.” Said Lemirk.

“Just shut up! Why are you on his side?” ask Nathan.

Nathan pissed off after hearing they talk about his failure.

“Then how about stop wasting time? Like this revenge for example.” said Dallas.

“You aren’t forgot to prove your promise to be a better leader for this squad, right?” said Lemirk.

“He’s right, better than expelled from this program.” Said Dallas.

“Alright, I’ll stop do it by myself.” Said Nathan.

Dallas and Lemirk feel better when Nathan said that.

“Cuz I just need to make other people do it for me!” said Nathan.

Both of his friend wanted him to stop this useless revenge, but Nathan can’t let go his revenge until he finished it.

“I would never stop trying till I can laugh at his misery!” said Nathan.

“Then what a Cadet can do? Another trap? Pay somebody to kick his ass for you?” ask Dallas.

“None of that, but almost like that.” Said Nathan.

“Then what?” ask Dallas.

“Just provoke any Cadet or Herrscher to beat him!” said Nathan.

He grabbing his face because of disappointed to his stupid friend that never know when to stop.

“How is it? Brilliant, right?” said Nathan.

He worried if it will become a big trouble.

“Look! He is the Leader of Squad 97, Stevan Maverick. I’ve heard if he has long record of fight with Cornelio in the past. He is perfect target!” said Nathan.

Nathan decided what would he do next.

“Listen, this is your revenge. So, finish it with your own hand! If you got dead end, don’t drag other people to take over!” said Dallas.

“Why not? This is called using anything to reach your goal.” Said Nathan

Nathan act without considering any risk of what he did.

But Dallas has no will to join his meaningless revenge.

“Wa-wait, what are you talking about?” said Nathan

He feels something wrong with his friend.

“Maybe we really need a better leader for this squad. I’m out of here.”

Dallas takes his tray and walk away.

“What is this? Too much cowards in this squad.” Said Nathan.

Both of his friend left him alone.

But he still continuing his revenge instead of give up.

Nathan walks to Squad 97’s table with any food and drink left on his tray while Stevan and his whole squad is getting feast after clearing mission.

“Now I’ll make them tear you up, Cornelio …!” said Nathan.

He really hated Cornelio till his soul.

He dropped his tray and back to cafeteria because of figuring out what will Nathan going to do.

“Wait for me!” said Lemirk.

He following Dallas back to cafeteria.

After Nathan got closed to Squad 97’s table, he throwing his food and drink left on the tray just like an accident.

Nathan successfully messed their feast with his food and drink, Squad 97 a bit surprised.

It catches eye from other people in cafeteria.

“Is that so? There is much food left on your tray, starter pack food isn’t taste good, right?” said Stevan.

He got nervous because of this condition.

“How about this?” said Stevan.

He lends a piece of meat to Nathan.

“Eh, for me? Thank you very much!” said Nathan.

Nathan starts to eat that meat even he already ate his lunch.

He successfully handling the situation.

“Huh? Dale, Mirk, what are you doing here?” ask Nathan while still eating.

“We are worry about you, dumb ass!” said Dallas.

“Hahaha! There is nothing to apologize, why don’t you join with him? Hey, kid. Don’t forget to share your food with your friends.” Said Stevan.

“His food?” said Dallas and Lemirk.

Nathan stopped eating and turn around.

“We saw you two come in hurry, what’s going on here?” ask Alexa behind Lemirk.

Alexa and other girls come with their empty food on their tray.

“Excuse me, ladies. Did you share the same squad with this kid?” Stevan asking to Alexa.

She predicted if Nathan will get expelled.

“I see, we don’t expect too much with a Cadet that can’t walk properly with his own feet and blemish our feast with his leftovers.” Said Stevan.

“I’m so sorry for bother your feast, sir! Please forgive me!” Nathan is out of idea and ask for apologize.

“Why you apologize? It is your foods.” said Stevan.

His mind getting blank.

“What are you talking? You can see our plate is clean, we don’t eat yet. But you have.” Said Stevan.

Herrscher has virtual point that saved in their personal account, this point can be used to buy anything in every Dorm service. But Cadets don’t have point because they don’t get any mission. Sovereignty provided their daily life as long joined Herrscher program, but no more benefits again if they are expelled.

Cracking sounds can be heard.

“Just wait for a second.” Someone put his hand on Stevan’s shoulder.

Stevan slowly turn around with anger.

“Did you have any business with my squad?” ask Cornelio.

Cornelio suddenly showed up, and that’s catch eye from other people in cafeteria.

“As their supervisor, I can’t let you just pass to these kids. They still on my responsibility.” Said Cornelio.

“Look! Another battle from Cornelio and Stevan!”

“Come on, Cornelio! I bet my dessert for you!”

One by one people come surrounding them, they really enjoy it every time Cornelio and Stevan have fight.

“Excuse! Excuse me!” Samuel passing other Herrscher to find Cornelio.

“Jeez, I’d like to watch your fight till end. But the we got emergency status.” Said Samuel.

“We just got SOS from Dorm 78, there is a Seraph that turned into unknown Varniant path. Look like Squad 44 who fight this Fluxter got some trouble to kill it, or even worse. We are the nearest Dorm who can help, and the council ask you to assist them, Cornelio.” Said Samuel.

“Did I misheard it?” ask Alexa.

Other Cadets didn’t believe that.

“Alright everyone, disband! What are you waiting for?” said Samuel.

People feel disappointed and walk away.

“Hurry up and prepare yourself, every second is precious.” Said Samuel.

“Copy that. Stevan, take care of them before I back.” Said Cornelio.

“Hmph! You dare to give me an order?!” said Stevan.

“Put the bill into my account and get new feast.” Said Cornelio.

He changed his mind immediately.

“But we just eat our lunch.” Said Alexa.

Stevan ask one of his member to order new feast while Cornelio is leaving.

Cornelio stop moving then turning back.

“What are you supposed to do?” ask Nathan.

“Kill that beast before destroy Dorm 78.” Cornelio answer it immediately.

Nathan feels guilty after everything he did, but he still saved by the most hated person in his squad.

“You are against that monster alone! You wouldn’t gotta make it!” said Lemirk.

Cornelio turning back then leaving cafeteria. 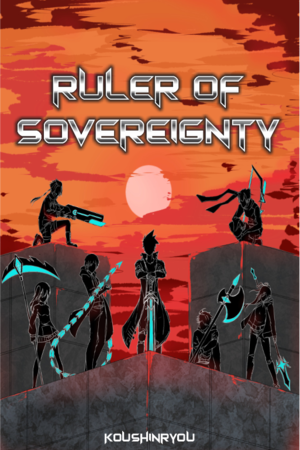