A silence filled the security room.

Akihiro was fidgeting around, playing with some pens. Trying to distract himself.

Mana was thoroughly looking at each monitor, making sure nothing odd was happening, though the system would tell us if an anomaly was detected.

I wanted to bounce some ideas for our plan of defense, but when I told Mana when we walked over to work, she told me to keep it to myself and only tell her once she made sure Akihiro wasn’t a traitor.

She occasionally gazed at Akihiro. He sometimes noticed her gaze, looked at her, and immediately looked somewhere else.

“Akihiro,” Mana broke the silence, “do you have any intense hatred?”

“That’s an odd question. People usually start with how their day has been going, but okay,” he said turning his head to look at her, “I do have a hatred for stubborn and arrogant people who think the world revolves around them. I can’t stand them. They are so annoying and stagnant. Like they can never do anything wrong,” he said exasperatedly.

“Any hatred towards a particular person?”

“No one in the orphanage you used to hate?”

“Anger is a useless emotion. There are always two sides to the story, maybe even more. When you’re angry you aren’t willing to listen to them. At that point you’re just being stubborn and annoying, talking would be useless. So no. I don’t hate anyone,” he said casually.

“That’s good to hear. Otherwise, you would have been the hypocrite,” Mana said, I don’t think she was joking. “One last question. Did you lie on the report?”

“Is that why you're interrogating me?”

“I left out details which had flimsy pieces of evidence. I have never heard of MINX and Invisible claims that they are the ones attacking, is mediocre at best,” admitting that he altered the information.

“You don’t get to decide that. Isao and the board of directors do.”

“If I were to report every single thing to Isao, I would just be burdening him.”

“And yet, that detail that you decided was worthless, has now come up again.”

“You mean that Xenos Rai shot who claimed that MINX will break Erity?”

“Do you still believe the claim that MINX is orchestrating the attacks is flimsy?”

“The words from a traitor can’t be fully trusted.”

“None of us, not even Isao, has heard of MINX. And yet this Xenos not only said their name but also had some insights about their plans. Why would they mention MINX instead of Mythical?”

“That’s a good question. Something I can’t answer because I don’t know. Oddly, the Xenos mentioned MINX, but perhaps she was trying to throw us off by mentioning a group we had never heard of. In the end, I won’t be able to give you any more clarity than we already have. I made a mistake in altering the data, and I apologize for that.”

“I’ll confess to Isao…” he said with an exaggerated sigh.

“Tell me,” she started again, “how do you know so much about psychology?”

“You’re manipulative. You force inner conflict within people and then leave. More importantly, the board has judged that you have a lot of potential, yet they were also the ones that said ‘if oneself does not try to fulfill their potential, then its no potential at all.’”

“Are you jealous that I’ve been judged higher than you?” he said with an arrogant smile.

“I’ll be straightforward with you, Akihiro,” Mana said as she prepared her hand to pull out her pistol. “You’re the traitor, aren’t you?”

Akihiro remained silent, not breaking eye contact with Mana. Eventually, he sighed and let out a grin.

“Do you believe so as well, Erity?” he said.

“What do you think?” I responded. I didn’t think Akirhiro is a traitor, but I allowed Mana to pull her stunt.

“Do you have any evidence that I am, other than the fact that I altered some information in my report?”

“To break someone psychologically, you have to know everything about a person, don’t you?”

“Not necessarily. If someone gets easily agitated by name-calling then all you have to do is call them dumb names and crush their confidence.”

“Except it wouldn’t be effective then, would it be? You don’t just target someone and shatter their confidence, you aim for their insecurities, for the dark feelings they keep hidden from everyone.”

“So…? Are you going to shoot me?” Akihiro said as he walked closer to Mana.

If things get too rough, I’ll intervene. But for now, I’ll trust that Mana can safely draw a line.

Mana drew her gun and aimed it at Akihiro’s chest. Akihiro continued walking. His gaze, his expression, his body language, everything remained confident. He continued walking until he pushed a little on Mana’s pistol.

“If you’re going to shoot me, then do it already,” he said, his expression lifeless. “Let me give you a warning, however. Things won’t go the way you want them to go. If you shoot me, all will go according to MINX’s plan…”

“It seems like an obvious play, doesn’t it, Erity? Convince a gullible person that there’s a traitor in our midst and have them fight each other while they easily break through.”

“I agree it could be a possibility. Akihiro… you made quite a simple mistake you know?” I said.

“The intruder Mana captured, mentioned you by name.”

“Is that so? Then why did you two let me roam free until now?” he said, with an off-putting grin on his face.

“You can’t fully trust the words from a traitor,” Mana answered.

“Then shoot me,” he said as he started to push against the gun.

Mana stepped back a little. I couldn’t decide if I needed to intervene, but if I don’t let Mana decide that Akihiro isn’t a traitor then she’ll continue suspecting him.

“Shoot me, and everything will be according to their plan. Don’t shoot me, and we try to face this together. Will you be a burden on Erity again, Mana? Or will you be useful for once?” Akihiro said his grin widening.

Mana’s expression changed a little. Her eyes narrowed and her eyebrows furrowed.

The room went silent for a little…

No one was moving a muscle…

Until finally Mana sighed and pulled her gun away.

“I still don’t trust you, Akihiro,” she said with a defying look in her eyes.

“In the end, you’re just the support. Don’t overstep your role in this upcoming fight,” he said dully. His grin had faded and his eyes lost all light within.

Mana turned to me and whispered in my ear.

“Don’t tell your plan to Akihiro… Even if he isn’t a traitor, he’s more of a disgusting piece of trash than I thought.”

“Hey, Erity,” Akihiro said, his eyes filled with some fire and his grin wider than ever before. “Could MINX be the group that killed your parents?” he outright asked.

“What…” I said softly. My eyes widened immediately and a storm of thoughts formed within my brain. “How do you know about my parents…?” I asked softly.

Memories started flooding my brain once again. Memories I thought I had locked away forever.

“Akihiro! Are you a disgusting piece of trash!? Why bring up her trauma?” Mana yelled. Grabbing Akihiro’s collar.

“I was just wondering. Her parents got killed in front of her, didn’t they? Now that I’m thinking about it… she was taken in by those thugs, wasn’t she? Maybe she’s the traitor.”

“Shut UP!” Mana said as she pulled him closer to her face, “another word out of that disgusting mouth and I’ll shoot you for real!”

“How ironic. You once got mad because of Erity. Now you get mad for her sake? I knew the change within you was drastic but isn’t this a bit exaggerated?”

Mana let go of Akihiro’s collar and punched him in the face, causing him to step back and hold his nose.

“How… How do you know? My past… it’s… it's not within any files… the only people that would know… would be Isao and the board…”

“The board told me,” Akihiro said, his smile not fading despite the pain. “They told me because they don’t trust anyone. Those bastards never will. We’re their property, they want us to be tools for eternity. They told me so I could make sure you would be their tool forever Erity.”

“Do you want me to punch you again Akihiro?!” Mana shouted.

“Quite convenient isn’t it? You were saved by CLEAR and despite no cybernetic enhancements at all, you made it to one of the few top spots. How was the training by those terrorists? Are you sure your parents' death wasn’t a fabrication? Tell me again… How did it feel to see your parents' corpses in front of you? Their eyes staring at you soullessly, the blood flowing out of them. How did it feel Erity?”

I’m sure she must have been yelling, but the environment faded into an unclear mess for me. My vision was blurred and my thoughts went back to that day.

I rubbed one eye with my hand and used another to rub my head aggressively. My breathing accelerated and I could feel my heart throbbing in my neck. I felt hot, and sweat seemed to endlessly pour out. I felt weak and dizzy. Before I knew it I was laying on the ground.

Memories flooded back. Metallic hands hitting me. Artificial legs kicked me over and over. People screaming during surgery… I was their tool… just something they abused… I’m not a person… I’m a thing… I’m a robot… Meant to be used and abused until I break, only to be repaired and go through the same cycle again until I’m outdated.

I was lifted, but I couldn’t see anything in front of me. Words entered my ears, but I didn’t understand their meaning.

The alarm blared… I heard loud footsteps and clunking, I felt the ground shaking and was dropped to the ground once again.

Something cold pierced my skin… and slowly my vision returned. My heartbeat calmed down and I didn’t feel so hot again…

I felt weak and floaty like I was drifting on some clouds.

I looked around slowly… laying on the ground, I saw Akihiro. He was bleeding and his metallic arm sparked. Despite that, he still seemed to be moving.

All around the room I saw Cybers. They all towered over me… their white plating was nauseating.

I looked at each Cyber until I found one whose hand had been replaced with a net. Inside it, was an unconscious blonde girl. She wasn’t struggling and seemed to be sleeping…

“We’ll take care of this Erity. Try to recover your strength.”

I grabbed Isao’s arms and pulled back my legs. Placing my feet on the ground, I tried to stand up, but my knees couldn’t support my weight, causing me to fall. Isao caught me and helped me stand up, using his shoulder as a crutch I took a better look around.

“Mana didn’t do anything wrong.”

“I wish that were the case… the board will look at camera footage from inside here. She tried to explain to me, but the board won’t accept that. Akihiro mentioned… some unsavory things because he wanted to be sure you weren’t the traitor…” Isao said forcibly, “he overstepped… I know he did… and yet… ‘personal feelings don’t matter. Only what is most beneficial to CLEAR, to us.’”

“What will happen to them?”

“Who knows…” Isao said as he began walking outside the security room.

I wanted to stand up and go back, but I couldn’t. I felt weak… pathetic… like a little girl that can’t do anything on her own… this feeling… I hate it… I thought I had left it behind… so why?! Why now?! 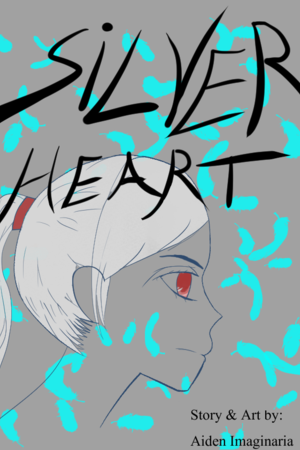