“A five years old kid is sitting in the middle of an empty room, watching a documentary about lions, and starting to acquire an admiration towards this creature.”

Well, no one is actually pleased to see two girls trying to make a boy control his feelings, so he just walked for a while. during his walk, many interesting things happened but he didn’t pay attention as he did when he saw a lion’s picture that says that a lion ran away from the zoo.

He was looking at a picture for ages, before he pronounces “so, you’re finally free, my friend.”

Saiga?! but you should be doing naughty things with the girls What, no you might miss understood, they were just torturing me.

He was a bit surprised, but Rayyon accepted it like he was convincing himself that they did nothing.

However, backing to their subject, calling a lion “friend” isn’t normal

“It happened when i was about five years old...

I’ve actually grew up in an orphanage, I can remember my parents,that’s because they didn’t leave me that early.

I wasn’t that lonely when I was a kid, I was very social actually, trying to attract attention like all kids do.

I can’t say exactly when all this changed, but it did. One day a pair came to the orphanage, and decided to adopt a child.

And i was selected.”

I had no idea about that, Saiga announces I know, i don’t talk about myself that much.

Then he keeps talking: “my new parents were mysterious, they gave me a lot of time, and I tried to be the son they wanted from me to.”

He looked afraid that Saiga would loose interest in his story so he jumped to the next event.

“Once, my family took me to the zoo, which wasn’t really something rare, but that day they decided to let me go wherever I wanted, I started running around and playing, looking at animals and imagining them talking to each other, all animals were easy to make jokes on. But lions were different, the lion was standing on a rock, all the day, watching everything like it ones it, it isn’t anxious about having friends or being alone, he had himself, and it was more than enough for him. So I saw a man who taking food to the lion, he was making a terrible face, I thought he was a victim of human experiments for i while”

“However the half dead man left the door open, and me, in my first unwatched day, decided to go and touch one of the most dangerous carnivore animals on earth, thankfully it was trained to not attack people.

The feeling that I had when I was close to the lion was incredible, just like standing in front of the king, the fact that I consider it as a friend is only something I feel that it makes me at it’s same level, which kinda motivates me.”

Saiga looks satisfied and asks: “so what is the name that your parents gave you?”

The two girls appeared from no where and one of them says: “couldn’t you find a better name, I mean from where the Rayyon thing came from, Yuuta”

He looks at them and barely pronounces that he wouldn’t be pleased to hear that from a new friend. 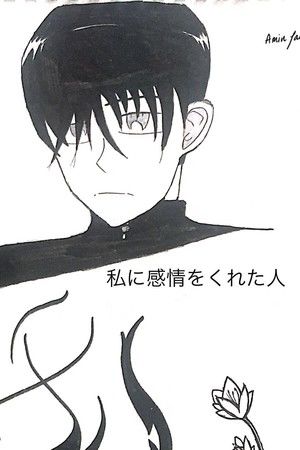