“Hello. Would you be interested to join our guild? We have a vast collection of grimoires!”

The guild recruitment took place during the first two weeks of the semester of the Academy. In Alice’s case, many recruiters advanced towards her. Perhaps this was because of the grimoire she had been carrying, poking out of her magic bag.

One by one, the recruiters’ offer got declined as Alice was wandering around. However, more and more recruiters began to overstep their boundaries.

Feeling something dreadful might happen, she gradually stepped up her pace. The recruiters gave chase while waving their pamphlets. She took whichever path she could to avoid contact with other recruiters.

When she turned a corner, she found an opened door.

There was no time for her to decide as she heard loud footsteps coming from behind, either she gets caught by recruiters and spends her entire day listening, all in order to join one of their guilds, or she could hide in a room from her pursuers.

In the end, she chose the latter.

Upon entering the room, she closed the door shut and locked it. She leaned her back to the door, catching her breath.

Once she caught her breath, she looked around the room. On her right was a low-coffee table at the middle of two couches positioned across each other, while the other side of the room was lined with three large bookshelves. In front of her, across the room, a boy sat in a window seat, holding a book in one hand, gazing at her with a confused expression.

“…May I help you?” He asked, his tone sounded as if he was serving a customer in a shop.

The boy wore a double layer navy blue coat with leather on some parts of it, a white shirt, a pair of black battle trousers, a pair of long leather boots, and a pair of spectacles. He had spiky black hair with bangs length up to slightly above his eyebrows and a pair of brown eyes.

“Sorry for intruding. I was being chased by recruiters. Would it be okay for me to stay here for a while?”

“My name’s Jayce. As for your question, sure,” he answered before resuming his reading session.

She thought she would be told to leave, but that didn’t seem to be the case. She introduced herself and thanked him for letting her into this room.

She went to one of the bookshelves. Her eyes widened when her eyes landed at the books’ spine. Apparently, the bookshelves contained collections of rare grimoires, guides and documents of magic, alchemy and blacksmithing.

“Sorry for bothering. How did you get these grimoires?”

She couldn’t contain her curiosity. Grimoires could only be found in dungeons or lost temples; the price of one grimoire was sufficed enough to purchase a guild house, including necessary utilities for adventurers to maintain S-rank weapons and armours’ conditions. Exploring the entire dungeon or lost temple required a party of six, at least.

His answer, however, wasn’t exactly what she had expected.

“I purchased some of them from travelling merchants, while the rest were from dungeon exploration. If you’re interested, feel free to read anything that is available on the bookshelves. It may take a while for your pursuers to settle down.” He offered, without sparing a glance at her.

He wasn’t expecting any responses from her, so she browsed through each and every one of them, and finally, she took one of them out. She brought the grimoire she had chosen to the coffee table and sat in one of the couches.

She felt self-conscious at first, thinking about the price he had paid to get his hand on this grimoire. But she did receive his permission moments ago without any hesitation, at least. She shook her head lightly to ward off her hesitation and returned her gaze to the grimoire before her, placed on her lap.

As she slowly flipped the front cover of the book, the book came to live, multiple pages flipped by itself, then, abruptly came to a halt. Feeling as if the grimoire was trying to show something, she read the pages before her. Suddenly, her head felt heavy, swaying left and right, and the world went dark.

While reading his book, he gave a side glance to her, finding her lying unconscious on the couch with a grimoire on the table. He placed his bookmark and closed the book. He walked over to her and picked up the grimoire.

“Of all grimoires, you’ve picked this one.” He sighed. Although it was too late to say it as Alice couldn’t hear him at all.

She appeared in midair, surrounded by darkness, slowly descending to the ground beneath her. She took out her staff, ready to battle whatever was waiting for her from this point onward.

When she landed on the ground, she scanned her surroundings. She found herself standing at the entrance of this world—the grimoire’s world.

Once she confirmed there were no monsters around her vicinity. She placed her magic bag on the floor and began checking for consumables. She had nine mana potions, twelve health potions, five antidotes each for paralysis, poisons, and petrifications.

As she was checking her consumables, a silhouette appeared out of thin air right next to her.

It was Jayce. This time, he had already equipped himself with a pair of obsidian scimitars, strapped and sheathed by his waist. But what surprised her was why did Jayce enter this world?

He looked around his surroundings until his gaze met her’s.

Grimoires were different from ordinary books. They contained ancient glyphs, where they can only be read by magicians or readers who were able to decipher them. If a reader understood the contents, the reader’s mind will be transported to its world, while their physical body in the real world will be seen as if they were unconscious.

Although this may be the first time for Alice to visit this world, she knew the former, but not the latter information about dangerous monsters.

“So, do you still want to explore this world?” He asked, after explaining to her about grimoire’s world.

She felt tensed. However, even though she was warned of the danger they were going to face, she already knew the answer.

“We’re adventurers, aren’t we? We should explore the entire region of this world.”

“That’s what I like to hear.” He answered with a grin. “All right, I will be your vanguard. I will draw enemies’ attention towards me, while you will focus on providing support. Whether it will be a buff spell or attack spell to fend off monsters, be my guess. I will change my battle style depending on your approach.”

She thought he would leave after he gave her a warning, but apparently, she was wrong. He seemed to have already made his decision after taking into consideration of her current equipment, but…

…He barely wore any metal armours to protect himself. The best material he had for the defence was leather at best.

She was sure enough that she could handle herself, as long as she kept herself a decent distance away from monsters, but the atmosphere around him became heavy, as his eyes narrowed.

“I will protect you. I let you read any books available from the shelves, and this is the result. It is my responsibility to get you out of this world safely,” said Jayce, with the split tone of serious and guilt.

She turned bright red up all the way up to her ears, averted her gaze away from him.

A thought came across his mind. He levelled his right arm horizontally and closed his eyes.

When Alice snapped back to reality, she looked at his hand. His glove had some sort of a crystal embedded in it.

After a moment of silence, a pair of gloves like Jayce’s and a necklace materialized in midair. He slowly opened his eyes and grabbed the items with his right hand. He walked towards her, offering the items.

“What’s this for?” She asked, feeling mystify from what she had just witnessed.

“Magic gloves: They are just like magic bags, but it also produces a shield around your body outline with the cost of the user’s mana, also known as mana shield. It will be your primary shield to protect yourself. When you equip those magic gloves, even though you will be protected by its shield, you’re still able to feel pain, but not much as the shield will absorb most of the impacts. The necklace will provide additional protection against the guardian at the end of this world.”

She giggled. She felt as if he was a lecturer of Adventurer Academy. She didn’t sense any ill intention from him. She knew that magic gloves only function to store items, weapons, and armours. But she had never heard of it possessed a defence mechanism.

Just who is this guy? She thought.

“Remember, whatever you do, do not draw their attention. Let’s move.” He prompted, giving her a reminder of their chosen tactic. Although he was the one who decided their strategies, Alice seemed to be fine with it.

She equipped the magic gloves and the necklace, and followed him, into the depths of the grimoire’s world. 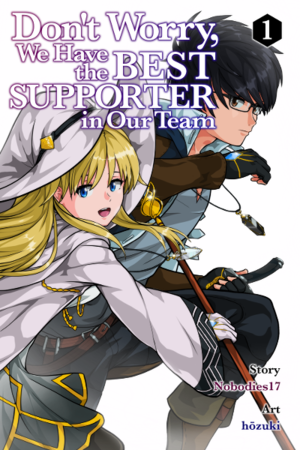