I thought I could resist it but I couldn't; it came when it came, crawling towards me slowly yet cautiously as its dark tendril enveloped me in its tight grip.

But still, I didn't concede. The little candle I held on to was my last bastion of hope, its light flickering as I could feel my chances dwindling. Every breath I took threatened to blow out the tiny flame, and then, it’ll start all over again.

' The Dance Of The Demon'

Looking back on it, I realize how foolish I was. God only helps those who help themselves, but right now I think He has abandoned me. A damsel in distress like me can never be saved by the light.

After all, the darkness is where I belong.

And then it happened, the reminisce of the golden light that I was protecting finally succumbed into the hand of darkness.

I closed my eyes; shaking in fear, my hands clasped together as I prayed for one last time, believing in the God that never existed in the first place.

But no one ever stopped, no one even looked at me, no one tried to save me.

I remember I was crying too, as the cold dark invaded me making me numb. I tried to open my eyes one last time but it was futile, this was the end.

'That was the last time I ever opened my eyes.'

I wonder how long has it been since then? Weeks, months, years, maybe centuries. I can no longer remember it, my name? my identity? All of it has been swallowed by the cocoon of darkness that surrounds me.

It isn't the darkness that has held me captive it is the real me who has decided to finally wake up from its eternal slumber.

'It is the path that I must follow myself endlessly, hating the I who so eternally pursues and confronts me.'

"You finally understand everything, don't you?" The other me whispered into my ears, his voice filled with malice and triumph. He knew he had won but he wanted to hear me say it. Alas, The heart of the demon is incomprehensible by a mere human like me, however, that is if they even had a heart in the first place.

"Y-y-yeah" I stuttered, as my body trembles with fear and once again fills with despair. Wishing he won't say it, the words that I never want to come true, the way of life I wish to resist.

'My Demons that I don't want to succumb to'

I was prepared for it but then again that’s what all men before me said too, No one is truly prepared, no one is brave enough to face it. The demons that reside within us but for someone like me who had nothing what choice do I have but to accept it. Funny thing it is, that we call life. So beautiful yet ugly at the same time

His words are addicting. The longer I listen to what he has to say the deeper I fall into the chasm of the abyss. No matter how much I tried to resist, it was leading me back to him; back into the darkness. It was just as he said 'there's no escaping this path.'

"Your life belongs to me." His words echoed through the darkness as he smiled. A smile that held nothing but pure malice.

It was on that day when my demons succumbed to me. The day when it all began.

"The world is too bright. So let's destroy it together"

The name of the boy was Daxus Fauk. And on that day he became what the world would know as the 12 demons of darkness.

It was just the beginning. Beginning of a new era. 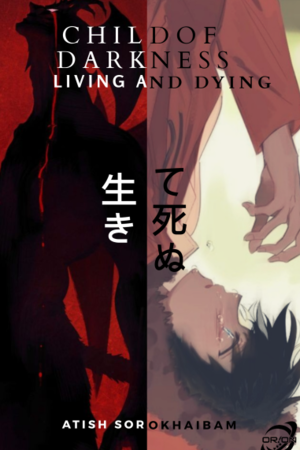