Vol. 1❄ Initiation: Cocytus in the Rain ~ Lamentations of Ice

Look for the "me" inside the glass.Bookmark here

Is it a mirror? Is it a crystal? Bookmark here

The impurities of this heart shall be cleansed at dawn. Bookmark here

Gouge out the water from the remains. Bookmark here

The glass was already shattered so it didn't matter anyway.
Bookmark here

The world stopped spinning, everything had truly ended.
Bookmark here

Well, more than the world itself, it was only a collectable to be added to the Kaiser’s conquests. No one could oppose his authority nor rebel. After all, it was just a game, right? And there had to be a winner, after all.Bookmark here

However, nothing disgusted him more than those other players that interfered with his intricate and elaborated plans.Bookmark here

Inside a dark room filled with extravagant machinery, the Kaiser made his way through the security cameras placed in every city he had under his control. The creatures of this world couldn’t fight back, yet the spirit of rebellion slept inside of them. A little extra caution was always welcomed.Bookmark here

Every time he looked at the cameras he placed on this world that made his dreams come true, the Kaiser thought that the power to make every living creature in this place suffer eternally were closer to him. He could feel it, feel that infinite power flowing slowly into his body.Bookmark here

Nonetheless, his actual nightmare started earlier than expected. Pain that tore him apart, the only illusion left from a muddy memory. The shadow haunts him to this day. He could hear her voice right next to his earlobe, making his brain go through a short circuit. The words were vaguely audible but they were present, that was what mattered.Bookmark here

Shaking as if a cruel winter had decided to enter the control room, he shivered, his teeth cracking as if they were ice, his heart aching more than ever. What loomed over him was saying something. Something hurtful that made him even more desperate than before.Bookmark here

For starters, who was he? Was this what he really, really wanted?Bookmark here

An annoying voice came from one of the monitors, a girl with honey-coloured hair tied in two small ponytails was smiling behind her glasses. Amber irises were emitting rays of pure life in her soul alongside a wide smile.Bookmark here

The Kaiser despised her to no ends. His grip on reality was slowly coming back.Bookmark here

Yet again, this auditory phenomenon seemed to beat him to the ground. Slowly, like a poison flowing through his veins instead of blood. Even if he couldn’t understand her, the pain was excruciatingly real in what was left of his cold heart.Bookmark here

“It would’ve been like, three days ago if you hadn’t doubted a million times!”Bookmark here

Another voice made its way through the cameras, exposing now a burgundy haired boy arguing with the impatient maiden, she seemed annoyed with her arms crossed. The Kaiser was not in the mood to listen to their endless banter nor bickering at this precise moment.Bookmark here

“Well, take it easy, at least everything is solved now, right?”Bookmark here

Now it was a blond guy.Bookmark here

“Please don’t argue, we need to get out of here before anything else happens. Kotoha, did everyone manage to escape?”Bookmark here

Another girl addressed a younger one, one with chestnut coloured hair. The one who spoke had it to the length of her shoulders with a faint hue of light pink on the tips. The named one had blonde hair up to her waist in two symmetrical low pigtails and her youthful appearance complemented her bright orange eyes.Bookmark here

“I believe so, Ouka-san.”Bookmark here

“Great. Then, Mano, would you do the honours?”Bookmark here

“Oh yeah! Um, how was it again?”Bookmark here

“You’re stupid. You even came up with it!”Bookmark here

“I've only said it like, four times. I forget things easily!”
Bookmark here

“Dumb. Dumb! I can't believe someone like you goes to a private school!”
Bookmark here

"Whatever, you're an insensible idiot!"Bookmark here

A gasp of empty air escaped the Kaiser’s lungs, unable to send enemy forces to where those pesky rats were. He was a tad late and now they were gone. In any case, it was just a small portion of land they had freed, not a big deal. If he spent more time, he could double his conquest quota.Bookmark here

“They can’t steal this world from me,” he finally managed to say, feeling how her grip became loose. “Even if they play hard to get, it’s impossible. The weak and strong co-exist and prosper, yet the latter will always absorb the other. It’s only natural.”Bookmark here

A weak chuckle escaped from his lips, finally grasping his reality.Bookmark here

“I need to make my army stronger. Fight for me, soulless beings. I shall lead the way, and they can’t oppose me. They can't question me. Why are these pathetic losers destroying what I’ve created? Now come forth, soldiers of mine. Time to claim back what was once mine. Naturally, you will face forward and charge single-mindedly, since I have control over every action you make.”Bookmark here

The laughter became stronger, echoing inside the black room.Bookmark here

A small creature observed their dearest person succumb into darkness and madness, wondering how everything turned out this way.Bookmark here

“Please, save him. Someone, please, hear my plea.”Bookmark here

But nothing more than deaf ears was what they received.Bookmark here

Remember that you have to die.Bookmark here 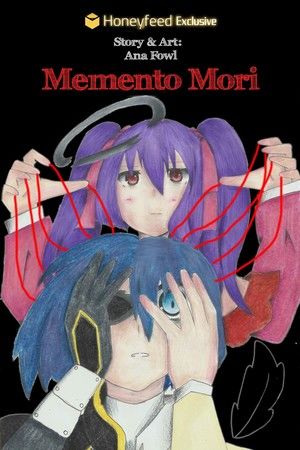