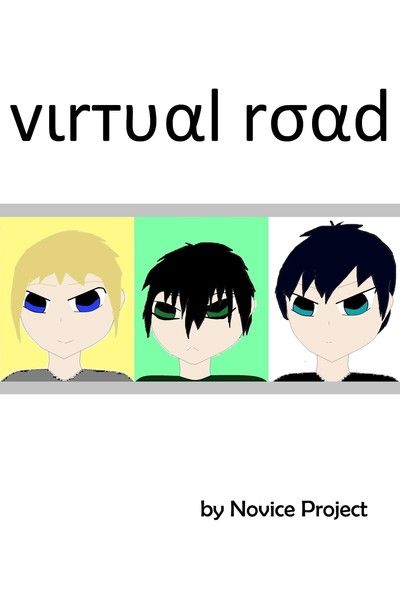 Set in Japan in the year 2035, a story about the lives of three high school boys who likes to play games. A rich blonde boy who looks like a playboy, a boy wearing glasses who has a "cool look", and lastly, a boy nicknamed "Fat Zombie" who has eye bags that doesn't seem to go away. Watch the changes in their lives as they go on the road with a goal to be one of the bests players in Full Body Virtual Reality games.

Author's Notes
-This novel will be mostly Comedy and Slice of Life(Romance too(?). NOT BL). There's a few "game" scenes.
-The names will be Japanese names and the places are in Japan. There are few Japanese honorifics, mostly -nii or -nee. Other honorifics such as -san, -kun, and -sama are avoided.
-The boy on the right most on the cover should have glasses but I don't know how to draw(used mouse with MS Paint to draw the cover). I've only drawn what their basic descriptions are in the novel, and should be no means be the ideal image. Its better to use your imagination.