I pulled a Sword out of a Vampire and now i have to slay the King? 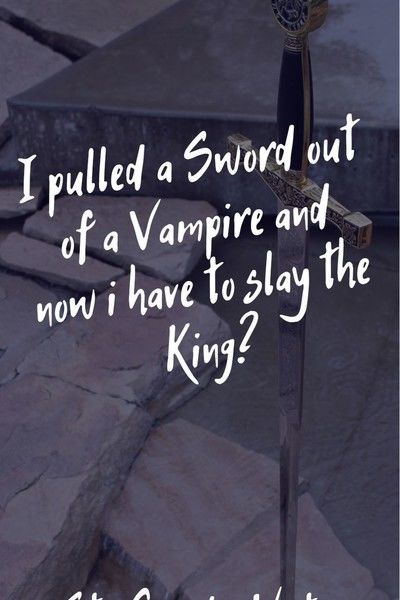 Luna is a 18 Year old Demi-Human living in the City of Sroria in the Country of Crudraria where Demi-Humans are looked down on by Humans, After her friend goes missing in the woods Luna suspects she may have been taken by Humans but upon entering the Woods and being unable to find her friend, Luna is attacked by a group of Vampires and winds up on a cliff where she finds a Sword buried into the chest of a Stone Statue, Pulling the sword out of the Statue Luna prepares to defend herself when the Statue that she retrieved the sword from breaks revealing a boy who claims that he is also a Vampire and that it is now up to them to slay the Vampire King who also happens to be his Father.