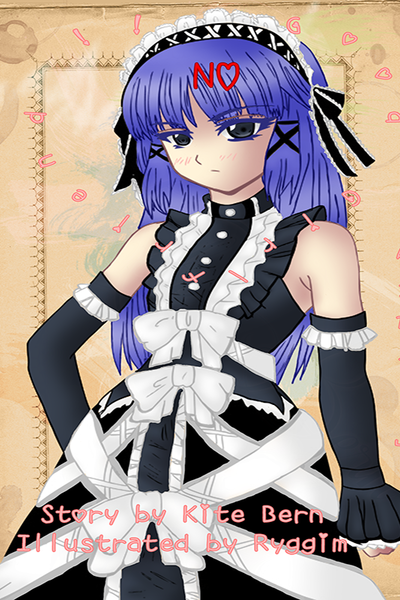 Hitomi transferred to Kyuusai Gakuen for one goal: to change her image. Why? Majority do not take her seriously. With her short height, childlike looks, and clumsy antics, it's no wonder she's stuck with the "cute" label. That is, until her temper flares up and she doesn't mince words. For these reasons, she became known in middle school as the No Good Girlfriend: a girl to be admired from afar, but isn't suitable as girlfriend material.

Just when she was set on starting over as a guy...

Enter Keiya, the suave and cool Student Council VP... or so many think. Behind closed doors, he's a flirty, airheaded fop with an effeminate streak. There had been all sorts of rumors of why he hasn't had a girlfriend. Hence why he had been given the name Awkward Boyfriend.

The everyday adventures of an "every girl" female lead who's adorable... and only adorable. With a ditzy dandy as the male lead who suspects her gender. HOW CAN SHE SURVIVE THE RIGOROUS DAILY LIFE OF... HIGH SCHOOL?