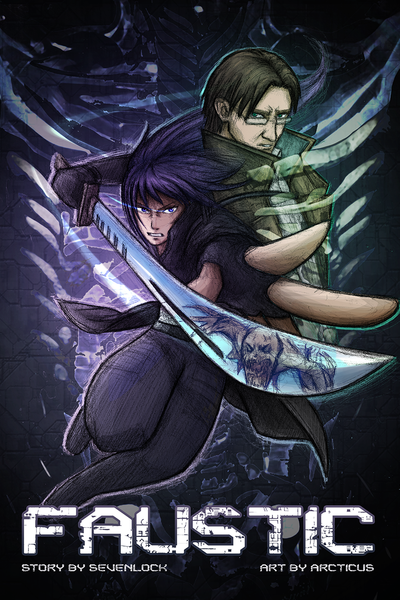 So why does she have trouble sleeping at night?

She’s tried therapy. She’s tried pills. Hell, she’s even tried neural implants, but nothing stopped the gnawing darkness that haunted her dreams. The most she could do was throw herself into her work as a Runner, cyborgs whose job was to hunt down what remained of the homunculi revolt.

The Runners’ most wanted target was Dimitri Faust, a deranged homunculi-sympathizer and the man that started the war. When he was finally detained after years of evading capture, the rest of the Runners celebrated, but for Jin, it came with a dark realisation.

Faust was the only person who could heal her, but it was at a cost she could not fathom.