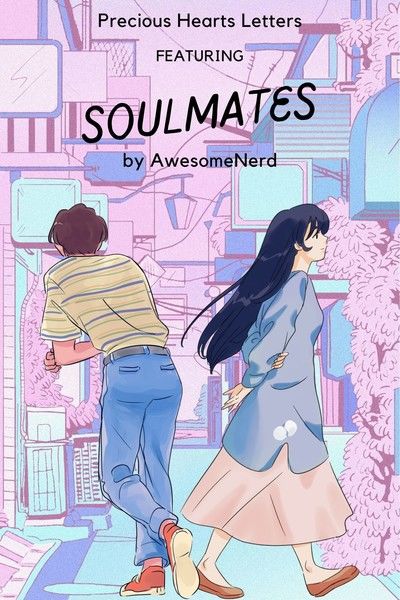 Sebastian "Bastie" Donovan is a hardworking high school student who had one simple goal; to make a better life for his loving mom and his sister. But due to poverty, he's working as a part-time delivery boy at a moving company. Aia Bennett, on the other hand, is a rich, beautiful, yet arrogant, snobbish young lady and she's a fashion designer. One night while on shift Bastie gets a flat tire and while trying to fix it, he is hit by a car driven by Aia. Aia awakens and is yelled at by Bastie on her way home saying that he can't get home ever since he was hit. Bastie follows Aia to her house and discovers something strange was going on with him. She discovers him as a ghost, believing he's dead.

Soulmates is a romantic comedy-drama tale about two strangers from different lives. As Aia deals with this ordeal between Bastie, believing it is a coincidence or something magical that is already destined for them.

This is first story of the anthology and the events will spectate by the author, with his annoying little sister.

This is first story of the anthology and the events will spectate by the author, with his annoying little sister.