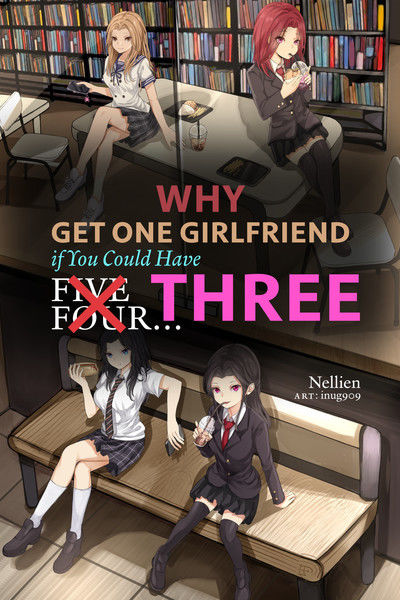 After sharing his deepest desires with his best friend, Koike Aito finds himself trying to date not one, or two, but as many as three girls. Maybe even four, depending on how you count.

Somehow Aito convinces one of his friends to go along with his own stupid scheme and introduce him to several cute girls in the hopes of getting a girlfriend, and as if that wasn't enough... Aito has decided that he's not going to settle for just one. However, this whole thing hinges on a bet made with said friend: Aito will get five people to agree to date him before two weeks have passed, or he'll owe his friend an unspecified favour.

Having made a slightly reckless bet, Aito better get these girls to fall for him, and quick, or he'll owe a favour that he'd rather not. And even if all of this might sound like a dream come true in some ways, the fact remains that Aito also hasn't considered one rather important detail: what kind of girl would agree to go on a date with him, of all people?

New chapters probably coming on Saturdays or at least during the weekend sometime.

New chapters probably coming on Saturdays or at least during the weekend sometime.