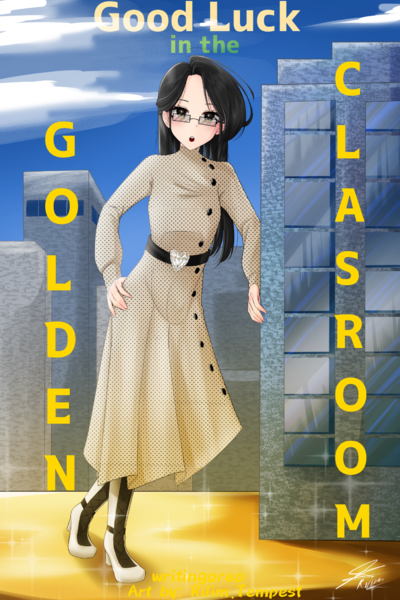 There was an ambitious boy named Amahiko Yajima. Revival of his plain, boring, silent life was his goal. Underprivileged though was he, Amahiko decided to enter an emerging, prestigious university.

Struggles were to be expected, as he had never been in such an environment. Therefore, he resolved to connect with his class.

New classmates of his were quite unwelcoming. Over time, however, they grew to accept him when they witnessed his kindness and reliability. Though, they only thought to use him for their benefit.

But, not all of his classmates thought of him as a tool. Only a few acquaintances remained to help him. Or so he thought.

Knowing this, will Amahiko change his kindness, or will it change at all?

There are two secret messages; try to find them!
黄金の教室でグッドラックを

There are two secret messages; try to find them!
黄金の教室でグッドラックを