Time passed and he was able to clear two houses after meeting Enang. It was the same as his, and he was only able to save their fathers—his family definitely survived, though, and they’re in a farm somewhere surrounded by a stretch of white picket fences, and they would have windmills and talking pigs and cats—wait. Wouldn’t it be bad if the pigs were talking? What would he say to those pigs before he sells them off to a slaughterhouse? Scratch that. He’s a vegetarian now. Bookmark here

He took a sharp breath through his nose and snapped himself back to reality. He almost dropped George. That reason was good enough for him to get his shit together. Bookmark here

They got to Uncle’s house, and it’s too silent, except for the sound of those cartoons that he always watched. There was a lot of screaming of languages that were foreign to him, very violent screaming. Bookmark here

He knew the kid since he was little. He was there when the other kids threw stones at him for proclaiming that his father was something like a super alien ninja pirate president with glowing golden hair, who’s also in charge of reaping souls. That being said, he screamed at them, saying that he was transforming. The other kids beat him up. He couldn’t laugh at them for long, for very specific reasons that made him shiver till now, and punched the bully in the face to make a point.Bookmark here

But he never outgrew that habit, even in his mid-twenties. It was that level of insanity that drew his attention to this kid. But if he’s listening to that kind of sound now, then he’s definitely insane now, which was terrible. Bookmark here

George volunteered to check the perimeter. He peered into the room with the help of Enteng’s guiding hand, turned from left to right, and nodded at Enteng, who hugged the wall by the door with Enang right behind him.Bookmark here

Enteng nodded back. The coast must be clear. George had checked, so it should be safe. He turned to Enang, who didn’t say much but gave him this worried smile while scooching back. What a sweet kid. She must be worried for him. But he’s fine. His joints and back might be screaming, but he still had a lot of badassery stored within his legs. Bookmark here

Enteng gave Enang a reassuring smile. Enang shook her head, looking genuinely worried. He gave her a thumbs-up, which made it worse. Kids like these, who were worried for the safety of their elders, were worth protecting. The world needs more kids like her. Bookmark here

He pulled George and stepped inside the house, pointing his club forward like it was a gun. Bookmark here

The light flickered. Blood stained the walls. It was the same sight as his and Enang’s house. Only that it had less blood, and—he licked his lips. The noodles here were beef-flavored. His attention wandered and was set into a thin-limbed man relentlessly stabbing a dead monster by the kitchen. This kid didn’t bother to look around. He was committed to defending his noodles by all means necessary. Bookmark here

Enteng crossed his arms. He could respect that. Bookmark here

Enang let out a breath of relief. She’s a sweet kid. She must’ve thought that at least this man, which she didn’t know, survived and managed to fight back. This world really needs kids like her.Bookmark here

Uncle paused, greeted him with a nod, firmed his grasp at the handle of his blood-caked knife, and drove it into the monster’s chest. He did it again three more times and ended his spree by driving its point into the monster’s forehead. Uncle paused again. He woke up tasting someone’s blood on his lips. He licked his lips again, nodded, and skittered from his victim. Bookmark here

He breathed heavily. He opened his mouth wide to scream and cry, but his words didn’t come out. He wheezed and clasped his chest before crumpling at the corner of the kitchen to embrace his knees. Bookmark here

“Ding! You have leveled up. You’ve also gained the title, Monster Clapper. And you now gain a bonus while using knife-like weapons and daggers,” he whispered with a robotic tone.Bookmark here

He hugged his legs tighter and shivered. “But at what cost…” Bookmark here

Enteng combed his hair, crushed the dead monster’s head with his club, and kicked its side to make sure that it was dead. Uncle gazed at him. He’s awake now, barely.Bookmark here

“My mom is dead. I met a god. He was hot, and he told me that we were, indeed, isekai’d and that I became this new world’s gamer.” Bookmark here

“Rad.” Enang let out a nervous laugh and stepped back with her eyebrow twitching. Bookmark here

Uncle licked his lips and scratched the side of his neck. He picked himself up and looked over to their living room. It was empty. He looked down, and his unfeeling face frowned. He nodded. He walked towards Enteng and clicked his tongue. Then, he hugged Enteng to scream his heart out.Bookmark here

Enteng imagined him plowing the land, but that’s not what he was talking about. But it seems that he’s going to work hard. Bookmark here

Enteng imagined him plowing those creeps. Honorable. There must be some kind of green joke there, but he veered away from that thought. He heard Enang calling Jesus Christ.Bookmark here

“Then, I’ll be strong as fuck, and I’m going to fuck all the bitches.”Bookmark here

Enang called Jesus Christ again. What a nice girl, she must really be religious. Bookmark here

Having another dude hug him while crying felt weird, but it was the least he could do. His friend was safe, at least. Uncle being not that sound was debatable, but he won’t have any more regrets at the moment he chooses to meet his family on that farm far away. Bookmark here 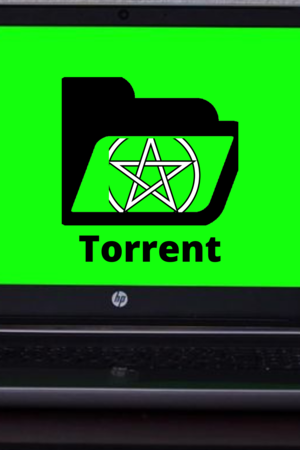