The Gamer that Decided this Title

“Greater Evasion.” Uncle wheezed to mimic the sound of his body being boosted and blessed by the wind. He firmed his stance, reversed his grip on the mosquito racket, and pointed the kitchen knife forward. “Greater Speed.” He hissed. “Knife Proficiency Boost. Close Combat Boost. Greater Acrobatics. Greater Athletics. Feathered Fighting, Set.”Bookmark here

“Very well, Motherfucking Uncle.” The enemy leader brandished his weapon with a long breath and let his weapon rest at his side. He grinned with a low ribbing growl. “You face one of the greatest warriors, the Senapati of the Buaya Clan. I am Rayan. I have finally met my match in this sad conquest. It would be an honor to face, slay, or fall against all of you in combat.”Bookmark here

“You confuse me, though.” Rayan chuckled. “I could’ve sworn that you entered this battle like a worshipper of the moon.”Bookmark here

“Apolaki said that she’s a bitch, and I’m honored to think the same. Now, let me exercise my duty and fight you fair and square,” Uncle proclaimed and swiped his knife forward. “Greater Illusion—”Bookmark here

Joey planted his foot and shot his spear towards Rayan’s throat. The monster dodged with the slightest of movement and raised his stone blade to hit back. He sighed. It was nothing much. They were weaker. He expected it to happen. And it would just end with a simple stroke that would fell this foreigner. Bookmark here

But that blow did not come. Bookmark here

Uncle closed the distance at the same time. He circled into Rayan’s blindspot where he aimed for his neck, and Rayan had no choice but to readjust his grip, turn, and cleave everything around him. Bookmark here

Joey’s weapon was shattered. But Uncle was able to duck from the blow and get inside Rayan’s defenses. Bookmark here

He put all of his weight into that attack as he aimed for Rayan’s neck once more. It clinked. Time slowed. The tip of his knife rested on his skin. Rayan let go of his stone sword. He grinned and answered Uncle’s attempt with a punch that caved his skull and drove the rest of his body to the ground.Bookmark here

This foreigner, who called himself Motherfucking Uncle, bounced from the hard floor and gagged on his blood, but the look on his face remained alive. He latched onto his arm, gritting his teeth, glancing at his partner that didn’t move. Bookmark here

Uncle grunted and kicked Rayan’s face. It did little. He stomped his face again, but it wasn’t enough to knock him down. Joey wasn’t moving. Uncle kicked him again and again, waiting until Rayan hammered his head with his left fist. Bookmark here

Again, it wasn’t much. Bookmark here

Rayan felt his grip loosen, but he fought and hugged his arm once again. Bastard. He widened his grin, reeled his fist, and punched him square in the face. Sweat, saliva, and blood stained his knuckles. Uncle’s head bobbed, and he screeched like a dying beast, clenching his bloodied and loose teeth, and wheezing to spatter and stain his arm with red. His eyes remained alive and burning. Bookmark here

Uncle pulled all of his strength and whipped both his legs towards his torso as though to drag him down, but he was too heavy. Bookmark here

Rayan sighed, threw Uncle into the air, and smashed him back to the floor. The impact silenced the breeze. The weird tune blasting out of that house seemed to have gone away. And this bastard, even as his eyes scrambled, gestured to find and grab onto his arm. He clicked his tongue and kicked this Motherfucking Uncle away like a ball. Bookmark here

Uncle rolled. He muffled his groans. The ground was harder than he expected. And this fight was harder than the one that he imagined in his big fat brain. He scoffed, coughed, and wobbled to his feet. His world was spinning. He couldn’t remember why he was here. George was gone from the top of his head. The legendary sword, the Blade of Crackling Thunder was gone. He let that weapon go. Only the knife resting on his numbed right arm was left. Bookmark here

Rayan dented his face again with a punch. This foreigner’s blood reached his face this time. This… boy crashed to the ground to taste the wet dirt beneath their feet. What a shameful display.Bookmark here

“It appears that I was lied to. I’m disappointed. Your kind of person… That feeble body of yours should not be taken outside.” He scoffed, looked over to the people watching over them, and picked up his stone sword. “You’re weak. Why do you choose to fight?”Bookmark here

Uncle turned his body over, squirming as his blood boiled. He got on his knees, almost fell to the side, and staggered to raise his head to meet Rayan’s eyes. He grinned. Bookmark here

Funny. Rayan raised his guard. Uncle groaned as he fished for his knife on the ground, and chuckled when he found it.Bookmark here

The air grew hot like it was morning.Bookmark here

Uncle faced him once more, with his arms hanging to his shoulders. His fragile legs were trembling, and his glass-like constitution seemed about to fall. His swollen face continued to blacken. Blood was dripping on his chin. His right eye shouldn’t be functioning anymore, but his left seemed to gleam brighter than ever.Bookmark here

Rayan stepped back out of instinct. Bookmark here

“Funny. Yeah. We are weak. But you never fucking asked for a fair fight. I had to fucking stack buffs to even be able to stand here. But you’re right.” Uncle tightened his grasp upon his weapon as he pushed the corners of his swollen lips to smile. “I should never go outside. A single punch was enough to remind me that I never should go out and do some things other than being a dreg to a place that treated me like a failure, except for one or two people.” Bookmark here

He looked at that old man laying flat on the ground and turned back to him. “And the last one that made me not kill myself was this old knocked-out piece of shit that chose to die instead of being with me—with us.”Bookmark here

Rayan’s breath felt short. A moment came where he forgot that he was touching his weapon. He tightened his grip to get ready. Bookmark here

“So, you attacked us out of nowhere. You’ve killed our families and forced the rest to fight, and you’re complaining about how weak we are? Bullshit. Well, you’re right, we might be, but let me ask you one thing—”Bookmark here

Rayan panicked, closed the distance in half a second, and stabbed him. The air cried. He expected Rayan’s blood to be drawn, but his blade merely cut through Uncle’s side as it ripped through his cape. He swore that he was aiming for his heart. Bookmark here

But he had missed. Bookmark here

Rayan raised his weapon to defend. But his stone sword was cut and his chest was ripped open as this small knife rang and flashed towards the ground. His blood was drawn, and this little man in front of him gleamed like the sun himself, grinning. Bookmark here 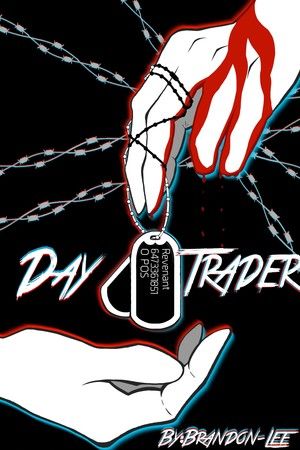