I Held My Piss and Punched a Kid in the Face

He had heard it somewhere. Bookmark here

It was that fateful day when he saw a kid getting shit on for claiming that he had the power of God and anime by his side. It was a long tiring day. He had been holding that hot piss for the last thirty minutes since he had drunk too much water before proctoring an exam. Bookmark here

The building’s comfort room was busted. Well, not that busted, but that looming smell of shit got so strong that it was powerful enough to unclog his nose and make him quit smoking in fear of suddenly becoming a terrorist. That and he would feel his own piss seep back into his body to protect the purity of this shithole. Bookmark here

He had to cross the school grounds while holding that in. Bookmark here

He inched his steps, faced forward, kept his face straight, and nodded when someone said hi to him. He had to protect that level of credibility. He’s a ticking time bomb, a landmine. A simple fist bump or a pat on the back would blow him up. But it’s not like he could pretend that he didn’t exist at that moment. Students were cheeky and fickle, so were their parents. And if he wanted to start his cactus collection that he had been planning for the longest time, he couldn’t get fucked by the Student Evaluations now. Bookmark here

That being said, he waved his hand like a traditional politician, with a bright, nervous, sweat-drenched smile, and cursed the students for noticing that he was alive. He was able to cross the field without letting much of a drop of his smothering piss. Little did he know that a crowd had gathered in front of his prospective building because a group of kiddies decided to beat someone up. Bookmark here

Enteng chuckled as his vision slowly recovered from that painful blur. Bookmark here

It was like a hodgepodge of speculations, but that’s hardly the problem right now. Bookmark here

Everyone was watching. Bookmark here

No one was stopping it. Bookmark here

Everyone had this shit-eating grin drawn over their faces as they held up their phones for the rest of the world to see. He got it. These were kids. He never really did understand the nature of technology, but he could at least understand how great it felt to see someone acting pathetic, to be able to know that someone was worse than they were–even if it was just a lie. Bookmark here

No one laughed out loud. Bookmark here

But no one stopped this fight. Bookmark here

There was a day that Enteng would’ve laughed it off or break the fight when someone got really hurt. Children punching each other had a certain flair that made him want to just grab popcorn and watch, but he wasn’t having it today. Bookmark here

Thus, he braved the path forward. He darkened his glare and lowered his chin as he did the best to endure the brushes of everyone’s shoulders that would have him blow his pants like a broken dam. Bookmark here

The four others were laughing and cheering. Only one was left. He was on top of the other and kept punching and punching, spitting at this poor frail kid that had lost the will to fight and ask for help a long time ago. He’s going to black out in the next strike, so Enteng stepped in and held his feeble arm back. Bookmark here

Enteng’s voice was supposed to be calm, but it got graver because of his unwavering desire to find the nearest toilet. Bookmark here

“This guy started it!” Bookmark here

The boy broke free and punched the kid below him again. Bookmark here

“I’m just finishing it! This shitter kept telling everyone that anime is real. He kept saying that he’s friends with an alien that shoots beams from his palms and could blow planets. He said that his friend could beat up my dad, who’s a policeman. I showed him. I showed his lame ass!”Bookmark here

He punched him again. He spat at the other kid and smiled at him. Hoh. This guy was proud of beating someone up. He’s taking pride in beating up a kid because of a silly cartoon, and he’s proud that he’s having a teacher, who’s about to piss, stop him. Enteng’s left eyebrow twitched. Bookmark here

Enteng tried to pull the child back, but he struggled and elbowed his balls. He closed his eyes. He saw that bright light, his hometown, and heard the angels sing, as he mustered all of his strength to scream deep inside his soul so that he wouldn't show his weakness or wet his pants with piss. Bookmark here

The crowd went silent, but the one that rejected him seemed to take pride in torturing a man’s will. The man who had sought to sacrifice so much in order to keep his authority and his pockets full so that his wife would let him start his cactus collection. Enteng’s left eyebrow twitched again. He kept his eyes closed as he forced up a smile and squatted down to meet the kid’s eye level. Oh, the amount of power and internal screaming it took for him to do that without letting much of a whimper. Bookmark here

“Do you believe in Santa Claus?”Bookmark here

“Yeah, what about it?” Bookmark here

“I see. Did you see your pets die?”Bookmark here

“Die? My Ma and Pa told me that Mr. Wiggles went to college so that he’ll be able to reach his real family soon.” Bookmark here

“Okay. Did your mommy kiss your boo-boos when you fell down and scraped your knee?”Bookmark here

“What?” He laughed and looked around with his tongue out. “Are you going to tell me too that hitting other kids is bad, Teacher?”Bookmark here

“Do you know why it’s bad to hit other people?”Bookmark here

“Why? Is it because of Papa Jesus getting sad in heaven? Why didn’t he stop my fist then?”Bookmark here

“See.” He groaned and got on his feet. “Santa is just your parent giving you what you want so that you won’t bitch around during the holidays. Mr. Wiggles is probably rotting underground. And your mom’s kiss ain’t so special that he could take the pain away. Also,” he rubbed his palms together. “this is the reason why you shouldn’t hit other people.”Bookmark here

Enteng punched him in the face. Bookmark here

The crowd screamed, some even ran, probably to get another teacher. The other four kids blended in with the crowd, most likely to save their skin. The bullied kid was watching him, and the other one that he punched held the swollen side of his face with tears.Bookmark here

“Good.” Enteng walked towards the building and the crowd parted for him. “The other kid is lame because he believes that he’s with friends that could blow up the entire planet?” Bookmark here

He looked back, glaring to make a point and to control his ballooning bladder. Bookmark here

The parent sent a complaint and got him fired. He had to retire early, but at least he and his wife got to make a garden out of their home. Bookmark here

Right. He was that kid. Bookmark here

And now, he’s fighting for him. Bookmark here

He was kneeling. His ears rang, and the world before him pulsed from light to dark at every second. His heart raced. His body screamed for him to stay down. That boy, Uncle, was there, holding his line, taking punches that sprayed his blood to the ground and hitting back with his knife that drew arcs of dark-red blood. Bookmark here

Both of them were screaming. Bookmark here

He crawled forward and found his machete. It burned his lungs to breathe, but he grunted to plant his feet on the ground. And his feet touched something. Bookmark here

His eyes widened and gleamed with violence. Pathetic. He nodded and took a slow but deep breath through his nose as he combed his hair into the back of his head. It stung, but he didn’t care. Bookmark here

George was on the ground with his little pot shattered. Bookmark here

Nobody ran. The only person he intended to save rushed in here to get battered just to cover for him. And the only ally that he got was a trembling tall man freezing as the fight continued to unfold. This doesn’t work. This doesn’t work at all.Bookmark here

“Stand up,” Enteng looked at that guy that he saved before. “We’re killing that thing right here, right now.”Bookmark here 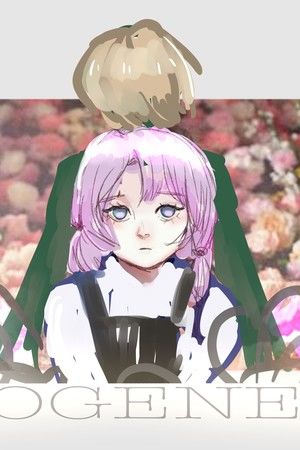 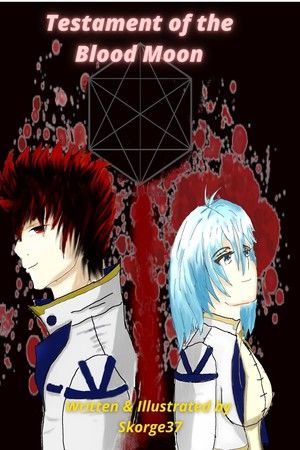 Testament of the Blood Moon