You Fucked with a Cactus Named George

“Amazing! Not bad, not bad at all!” Bookmark here

Rayan took a cut that ripped through his grin and returned a punch that rocked Uncle’s brain. The blood on Uncle’s face ripped outwards to accommodate the impact as his head flung back, but the fiery gleam on his eyes remained alive. He grunted, spread his bruised arms to maintain his balance, and pulled his body to sink his knife at Rayan’s side. Bookmark here

The monster coughed out a mouthful of blood and shrank away to recover from the blow. Uncle didn’t want to let that pass. He mustered all of his strength to take that other step, even if he had to drag his noodling legs like a twisted wet curtain, but Rayan’s fist caved his face once more. Bookmark here

He blacked out. Bookmark here

He felt his body rocking back and forth. Bookmark here

He was punched again, but this time, it shot him to bounce off the ground. Bookmark here

He woke up facing the night sky. Bookmark here

He parted his mouth and smiled. His wheezes escaped his busted lips. He had been gritting his teeth for so long as he kept taking hits that the lower half of his face numbed at the moment it relaxed. He wished that he was smiling because he couldn’t know anymore. Bookmark here

Everything was just blurred. Bookmark here

It had been the case all this time. He cut him one time, and this monster hit back, always, no matter how many times he marred his body.Bookmark here

“Fine, I take it back,” Rayan smiled and looked around. “You’re not weak. None of you are weak, but I guess it would be good for these people to be reminded of how strong we really are.” Bookmark here

Rayan took a sharp breath through his gritting teeth. The air turned cold. They remembered how their dogs would howl at a passing train, and this dark behemoth continued to whistle as its body trembled and grew in size. The subtle green tinge on his scales became more defined as it spread out to multiply. His torso widened. His neck grew thicker to support his glaring jaws begging for blood. And his arms turned into pillars that supported this looming structure that crumbled the ground with its sheer weight. This being turned into a jacked half-crocodile.Bookmark here

Uncle saw the shadow in front of him grow bigger, and he began to laugh. Bookmark here

He turned his body, flapped his arms, and sank trembling palms to the ground to push himself up. He coughed and grimaced at his ribs sticking into his lungs, but he powered through the pain and got on his feet. It was his turn to protect him, after all.Bookmark here

Uncle rocked his body from side to side. He swerved and almost fell, but he was able to keep himself stable and point his trembling knife forward. Bookmark here

“This… is my ultimate skill, Glass Knife.” He mustered his strength to smile. “I will put my life on the line. I will spend my life force on this ultimate attack and rip your throat out. You better be ready. In the end…” He coughed. “I still think it’s definitely cooler for us to settle this fight with our strongest attacks.”Bookmark here

He lied. He’s going for his eyes. He had an IQ of three bajillion based on his intelligence stat, but none of that matters right now. His last remaining brain cell finally gave up and told him to risk his life to give this monster some permanent damage so that, at least, someone else would win.Bookmark here

“Back at you, Rayan.” Bookmark here

Uncle stomped the ground and screamed to firm his grip on his kitchen knife.Bookmark here

“But no one’s dying here but me.” Bookmark here

Enteng walked beside Uncle with Joey in tow. His glare was low, pissed, and dark with Enang’s machete in his hand, and the man that followed him trembled as he grasped his stone spear with both hands. He turned to face Uncle, and Joey stepped forward to stand guard. Bookmark here

“You saved me, kid.” Enteng wiped the blood caking Uncle’s left eye. His vision cleared for a bit. “You did great, thank you. Now, it’s my turn to—”Bookmark here

“Please,” Uncle whimpered to cut him off. He couldn’t scream anymore, but Enteng had to know. “Let me fight with you this time…”

Enteng hugged him and patted his back. God that hurt, but he was able to stifle his cry. This man had always been there, but his parents told him not to associate with him because he punched a student in the face. They didn’t talk much at school, but he was always looking at him, grinning as he found him smiling at the other kids like nothing had happened—even at the moment he was fired. He was able to protect him this time, and the pain that he had suffered… began to hurt even more because his hot tears fell as he smiled.
Bookmark here

“I was planning to ask for help since none of us could hurt him.” Bookmark here

Rayan took his hulking figure forward, but he was stopped by Joey’s rocking spear. He didn’t dare to hit him, but his feeble resolve managed to make this giant reconsider. Bookmark here

“Who are you to stop me?” Bookmark here

“Huh.” Rayan’s eyes narrowed as he cupped his chin with his humongous hands. “I guess that set that up for myself.”Bookmark here

“You dare to stand before me?”Bookmark here

“More like,” he looked away. “I had to. I might have already pissed or shitted my pants, but it feels amazing for standing up...” His voice shrank and shivered. “And… probably die in one hit because I decided to stay instead of run…”Bookmark here

“Congratulations.” Rayan gave him a proud smile and stepped back. “You three get to die like warriors.”Bookmark here

“But it’s fine…” Enteng answered. “No one’s going to die here but me, and if you’re so adamant on killing them, then I’ll just have to bring you down myself. Is it still honorable for you to fight three guys, or do I have to fight you alone?” Bookmark here

“Amusing. I have deemed the three of you worthy to face my full power. Either way is fine, but I’m sure that not one of you could ever hurt—”Bookmark here

Rayan blinked while his jaws parted in disbelief. “Why did you do that?” Bookmark here

“To prove a point.” Bookmark here

Rayan hulked forward, cracking the ground as he planted his feet and reeled back to whip his gigantic right arm towards Enteng. The air screamed, and a blast of wind erupted and kicked the dust from the ground. Even the crickets fell silent. But he missed. Bookmark here

Enteng strained his legs, stepped deep into his range, and punched Rayan back. This monster didn’t move. It felt like he hit a sandbag, but damn, it felt good. Rayan followed up to swat his head, but he missed again and Enteng kicked his stomach to push himself away from his reach. Bookmark here

“You all got strong. But not strong enough.” Rayan licked his lips and cracked his knuckles. “Why do you continue to fight?” Bookmark here

“You know the reason why,” Enteng declared as he took the lead.Bookmark here 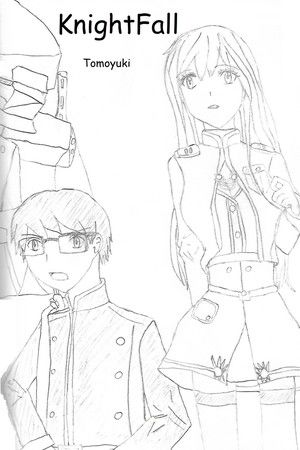