Chapter 1 : End Of The Light

There we're gunshot everywhere, smokes are up at the sky, the smell of blood and and gun powder is up in the air. Where? Where did it go wrong. They shouldn't attack us first. This is all wrong. As is mumble words out of my mind without even thinking. Maybe I'm just dreaming? "yeah this must be a dream! what else can this be" so I convince myself that. As a bullet just few through my face just scratching the surface.Bookmark here

"Get your head out of the gutter boy" Shouted the commander that was leading the squad as he was covering for me. "Remember this kid, we may be under heavy fire but remember winning a battel doesn't just rely on strength and bravery alone, you also need a good strategy and a lot of luck" Bookmark here

Everything that I saw was fuzzy, as if non of this horrible think had ever happenedBookmark here

"boy! BOY!" as the commander shouted but my conscious slowly fade awayBookmark here

-BEFORE THE OPPRATION STARTED-
"Do you have any question?"
"NO SIR!" we reply
"Now with that said and done we will head out around early in the morning when they are least expect"Bookmark here

As I walk out of the camp I heard that I was called out.
"Private"
"Yes sir!" I answer quickly
"I've gotten report by your superior that was in charge of you back in the border, In fact he even told me that you volunteer yourself into the rescue mission, I'm I right?"
Bookmark here

"Yes s-!" as I was just about to reply another soldier came to meet us, he was looking kind of pail and nervous by the looks of it.
"Sir, enemy forces was being sited heading this way"
"What? they couldn't be acting this fast, How large was this army you saw"
"Well sir they had more than 100 men being sited at there camp"Bookmark here

As we were standing there, a huge explosion went off. Feeling startled a man was running towards us and was yelling "THE ENEMY AS MADE THERE MOVE COMMANDER, WHAT WHOULD WE DO?"Bookmark here

The commander was confused and frustrated as all the Planning that he made was just for nothing, Thanks to his quick thinking the commander quickly made up a plan
"Quick ,get out men out there, We need to regroup, Tell the other to regroup at the forest at point A, anyone that is not working for getting our supply into the rondayvoo point, ready the 50kal for our defenses we going to buy times for our men"Bookmark here

The commander look at me saying "Before was can save our other comrade we need to make sure that we are safe first, now go help out the others". I had a bad feeling that this was not going to work in the end but I have fate on what decision that the commander made.Bookmark here

As the enemy broke through, countless of our men and there's were dead. Dead corps was every where the smell of blood and gun powder in the air most of our men manage to get to the rondayvoo point.Bookmark here

As the commander grab me on the head saying. "I want you to listen O.K"
(Note: This is the current situation that pick of from the start : )Bookmark here

"Tell the other that if I don't make it alive ,Tell them to run, They can't beat them if they simply just rush in with no planning at all, Remember what I said about winning doesn't just rely on strength and bravery alone" I tried to hold my emotion but my tiers just came out after knowing that the commander will in charge and will not make itBookmark here

I wanted to stay and help out to hold off, but I was ordered to do this task to warned the otherBookmark here

"Now run boy" The commander said his last word and grab on a rifle and rushed to the front line buying me time. As I ran I didn't really think. My mind was occupied thinking that it never really happened as if it was just a dream the one that my consciousness was just fading awayBookmark here

By the time I got to the rondayvoo point, many men was devastate from losing there friend or even the thought of losing there life, anyway I told them what was the commander final order was. Seeing from there face they were touch by the commanders action rushing in head on without any hesitation just to buy time. As many people wanted to go and respect and glad for what the commanders final ordered was a guy came yellingBookmark here

"WHAT THE FUC- ARE YOU DOING YOU? ARE YOU PUSS- OR WHAT? YOU HAVE THE BALLS TO RUN AWAY FROM THIS FIGHT?", Every one was confused "what do you mean by that?" question one of then menBookmark here

"What do you mean? I'm In second command here, you have the audacity to just ignore me like that?" The tone of this so called second in command was unpleasant to our ear. "But the commander that was suppose to lead us has told us to run" replied the other menBookmark here

BANG! without any hesitation the second in command shot one of his own allyBookmark here

"Anyone that defy me will end up just like your friend here DEAD"
We were in a shock, A commander shouldn't not act like this killing his own men
"listen to me and listen to me well, Enemy forces may be 100 times strong that us but will you run or die in honor?"Bookmark here

"YEAH!" A lot of people just follow along with the flow of listening to the new commander because they were afraid of being killed by they're own. I felt as if the first commander's ordered didn't even matter anymore as if his sacrifice was just for nothing, I stood up and propose the first option, the idea that was brought by the first in command. "They all look so anxious as if I was an outsider to them for bring up the idea again"Bookmark here

"listen th-" as I was to propose the idea another gunshot was fire, It was from the so called second in command shooting at the sky saying "What's your name boy?" "Akira" I reply
"What did I tell you hmm? To listen right, I didn't told you to speak up or propose any ideas by that coward commander that you call"Bookmark here

As I wanted to open up, I felt a sudden pain on my thigh as I look down there was a bullet hole there, blood was flowing the my body felt hot as if I was burned alive. I look for the source of here did that bullet had been shot but I already know who is responsible. "I told you to not retaliate" saying it with a smug face "There will be no more warning shot ,because the last one was waisted by him if you wanted to blame if I shoot you for no reason blame it on him".Bookmark here

As I look at all my comrade face they were filed with anger, hate, and anxiety as if I was a traitor amongst them. I understand that I was a coward usually I wouldn't rise up or do anything but this is different, I have a chance to save my friend and if this pain will help me to save him I'll do anythingBookmark here

running means I can fight another day and the chances for me to save him will be guarantee but if we charge forward my chances will be better than zero. As I force myself to stand up I can here enemy forces coming in closer and closer. "We will burn this forest if you don't come out and surrender" says then enemy commanderBookmark here

"Ready men we will charge forward and push ahead and kill the enemy forces!" yelled the second in command. As people was scared to charge in enemy forces I was badly injured and no one tented my wound. "Well I'll be damn, I can't even save my friend and I'll even die as a virgin" I think I'm going to laugh this of and be funny from this time no, No more serious me from now on I'm just prophetic I can't even save my best friend and now I'm just horny thinking that my life will just end here.Bookmark here

Everyone was charging preparing what's the end of the forest, the light was so bright at the end as I force myself to run while enduring the pain, run as I think about all the stuff that i regret, run as just simply runningBookmark here

I was getting closer and closer into the end of the forest as thick fog just surround the area, Maybe it's just my luck to run and be more blind by the thick fog that was suppose to prepare me to die because as I get closer and closer I felt cold but calm as if a gush of wind just came to me and try to cool me down and finally I just sprint ahead shutting down my brain and just do what I was told to do and be the smart coward I amBookmark here

"BANZ-" as I yell until I reach to the endBookmark here

Stun by what I saw It wasn't a battel filed that I saw, But I was at the cliff of a hill thinking that, Where in the hell I'm I right now?  WOOSH as a huge lizard flew across my head thinking out loudlyBookmark here

"WHERE THE HELL I'M I REALLY RIGHT NOW"Bookmark here 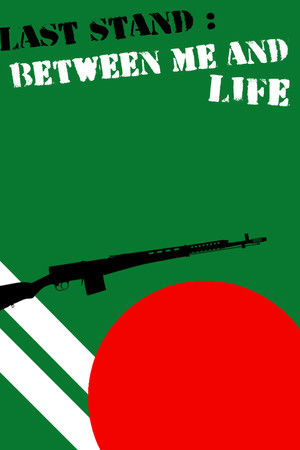