It was a cold and windy morning, the birds chirped and played as the voice of a small child sang throughout the wind. The child stood on the tall pillar of an old building. The building was tall and large. The building stood in the center of the city, it was alone and filled with forgotten purpose. Old torn flags draped from the roof of the building. There were two flags, both wore the symbol of a gold S. In front of the large building were two huge wooden doors. Each door had gold crested locks and linings that made it look like an expensive mansion… but it wasn’t, it was a library. Bookmark here

The morning sun began to shine over the rooftops of the city buildings. The small child shot his head to the right, as the glare from the bright sun, shined into his small face. Slowly he began to ease down the tall pillar, he grabbed on to a rope that was nailed into the pillar and slowly made his way down one step at a time. Bookmark here

Landing on the cold hard ground he slowly began to make his way towards the old library building. When he reached the old library, he stood face to face with the two huge wooden doors’. At this moment you would wonder how a little child could push open two doors a hundred times bigger than him. Well, let’s say a bright mind finds new bright ways. Bookmark here

As he walked forwards towards the huge door he placed his hand on a small spot and pushed. Then Suddenly a small door frame began to form as it flew in, leading into the inside. The little boy took a step forward and walked into the darkness. For a moment he couldn’t see a thing, but then he slowly lifted his right hand and tugged on a piece of rope, and like that, the entire place began to light up, like a fire on a string. In moments, the entire building had been filled with light, and what was seen would be considered heaven to the boy.Bookmark here

The place was filled with thousands of books, chandeliers hanged from the ceiling and filled with beauty and elegance. The walls were painted with red and gold strokes that gave the place a look of royalty, it was truly heaven. The little boy ran through the huge hall collecting books and returning some to where they belonged. He knew every inch of the library, it was his home, he’s been there his whole life. The little boy he has read every single book in the library… five thousand to be in fact. Bookmark here

The little boy walked up the spiral stairs and stared out of the circle window. He cracked it open by giving it a small push and took in the cool air. This was his favorite spot because he could always see the sun before sunset. As he took in the cool air his noes began to twitch uncomfortably, an unpleasant smell came through his nostrils. It was thick and muddy, he soon realized that the strange smell was smoke. With this realization, the little boy’s eyes shot open in search of the source, and out in the distance, he could see large clouds smoke heading towards the library.Bookmark here

In a smooth action, he slid down the spiral staircase, tugged a rope and turned off the lights, and pushed the tiny door frame, which led out into the open world. He was on his way.Bookmark here

Running through the rubble city he found his way towards the smoky mist. It was huge, it filled the streets with darkness, and clogged the air with dirt and plaque. When he came face to face with the source he couldn’t believe what he saw. A huge machine stood in front of him. It was six meters tall, it had long arms that stretched over 5 feet long. Its legs were huge, crushing the pebbles beneath it… It was a monster.Bookmark here

It tore down tall buildings as it’s huge gaping hole spat out its Smokey fumes. The little boy was scared, the huge monster before him was destroying everything in its path. How could he stop a creature like that?! Tears began to fill the boy’s eyes as he began to lose hope. The monster would eventually destroy his home, and there was nothing that he could do.Bookmark here

The boy reached his hand into a group of pebbles nearby and took hold of one of the stones. He raised his arm up in preparation to throw it at the large creature when something caught the glimpse of his eye. Behind the large machine stood another creature. It smaller than the mechanical monster, but it was bigger than him. In fact, it looked a lot like the little boy, he had hair, skin, and colored eyes. He was human!Bookmark here

“Hey, Hey!” The little boy yelled out as he waved his short tiny arms. The other human who the little boy seemed to be calling to didn’t seem to notice him, so he got up on his two tiny leg’s and ran towards him.Bookmark here

“Huh? What’s that?! The man questioned and turned to the side to face the thing running towards him. He jumped back in shock when a child, that no reason to be in the reconstruction popped up in front of him.Bookmark here

“Yu-you! You have to stop that thing right now!” the little boy ordered pointing towards the machine. That thing is going to destroy the library!”Bookmark here

The man was confused, a child had come nowhere and just began to order him around, “Wait for a minute kiddo. You can’t tell me to stop, this is my job, and what’s kid like you doing out here on the outskirts. Are you a scrapper?... are you lost?... Or are you just breaking the rules?!” The man yelled.Bookmark here

“A Scrapper! I ‘am no scrapper, and what the heck is that anyway. Ahh! Forget it! That’s not the point. That machine is going to the destroy the city library… The Sellevian Library! That library holds this cities triumphs and falls, stories of greatness and stories of learning, it holds this cities history.Bookmark here

“I’m a sorry kid I can’t, this thingy hear is supposed to take down all these buildings, by the time the sun has set, I can’t stop now.”Bookmark here

“But you can’t!” The child cried out.Bookmark here

“Kid, just head back to where you belong. This isn’t any place for a troublesome kid like you…Bookmark here

“But it’s my home!” The boy yelled and ran off back over the piles of rubble. It didn’t take him long to get back the Library, but unlike all the other moments of returning home, this one was the saddest one. For he knew, that this might be the last time he will ever read or see a book from The Sellevian Library.Bookmark here

The rest of the day had passed swiftly and before long, night had come to pass, and the little boy had fallen asleep under a pile of books. Without notice, a loud knock came to pass. The little boy shot up out of the pile of books and raced towards the door, and by the time he reached a voice began to speak.Bookmark here

“Is anybody there?” The mysterious voice asked.Bookmark here

The little boy was debating with himself on whether he should answer the mysterious voice, and so he asked,Bookmark here

“What do you want?” and a quick answer came,Bookmark here

“To speak with you. I want to know why this place is so important to you? Will you tell me?”Bookmark here

The question he asked was unexpected and somewhat cheerful. The boy slowly opened the door and saw a tiny little man standing outside. Bookmark here

Greeted by a smile the little boy walked up to him and told him everything he knew. Together they spent three hours talking about books and amazing history. They even told each other why they were where they were today and how they got there.Bookmark here

“Boy, let me tell you what. My men and I will save The Sellevian Library if you except one condition.”Bookmark here

“I want you to become the owner, no… The Librarian of The Sellevian Library.”Bookmark here

The boy was in shock, all he ever did was read the books, he never thought of becoming its librarian. “Yes! I’ll do it. But I have one condition of my own, please leave the library and its books alone, keeping it the way, it is, will help me to maintain the memory of its greatness and its history. This way no one will forget about it.”Bookmark here

“Deal!” The man said, and with that, a new world was built for the child, people visited every day to witness the beautiful new city. It flourished full of elegance and beauty, it was a new light, but the thing that the drew the people’s hearts to the city was non-other than The Sellevian Library. It was the only thing in the city that drew the people into an unknown past full of wonders and mysteries.Bookmark here

Today was the opening of the new Library. Today I’ve created a dream that I can share with all these nice people.Bookmark here

“Hello everyone, I know you all have been waiting for this day to come, and so I ‘am happy to be welcoming you with open arms… My name is Troy Sellevian, and I welcome you to The Sellevian Library!Bookmark here 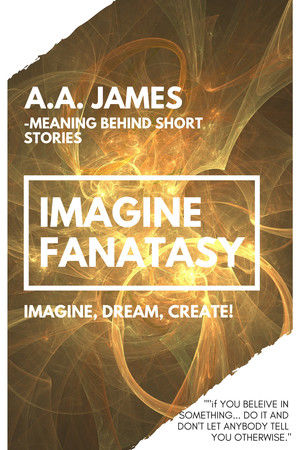