Long ago, there was a boy who was born. He was gifted with power unlike any other. He was pushed and trained hard to surpass his own limits and carry his family's legacy for the next generation. His master was a relentless but fair trainer. From a toddler to a nine year old, he was trained mercilessly.Bookmark here

This boy's name was Sawano. He didn't care about the consequences, all he cared about doing was making himself strong enough to surpass anyone that came in his path and carry the family sword, HellBlazer. Much like his uncle, Sawano's uncle is what inspired him to train harder than anyone.Bookmark here

At twelve years old, he was ready to carry the sword but had to face combat without it. As for Sawano, he used his family's fighting technique: "Kabatatshi." On his thirteenth birthday, Sawano got what he always wanted. He wanted an amulet of him and his family so he'd cherish it forever.Bookmark here

At fourteen years old, Sawano was free to leave the dojo after thirteen years of homeschooling of the family's culture. Sawano began to pack everything he was bringing and was going into town. After leaving, he didn't look back not once but looked at his amulet and smiled. After that, he was ready to take on the future.Bookmark here

--{Years ago on a wintery night atop a snowy mountain}--

(Noises was heard on top of a mountain along with glass breaking within the stormy blizzard. Wood was heard being destroyed in the process as if a home was being invaded along with several beams of elemental attacks flying through the walls. Just then, a child's body was seen thrown off a mountain followed by a scream of distraught fear.)
"???: BIG BROTHERRRRRR!!!!!!"
(As the child-like Sawano was falling to the depths of the mountain, he then collided with rock after rock, tree branch after tree branch which resulted in not just broken bones but severe loss of blood. After crashing to the bottom of the snowy mountains, the snow around him was tainted with his own blood as he lied in the snow, speechless and ready to die. Suddenly, footsteps appeared in the snow as Sawano was paralyzed from the fall to even move.)
"???: I don't know what the hell happened to you kid.. But you can't die, not yet anyway."
(As he tried to speak, only blood would gargle from his mouth as he couldn't communicate what he was trying to say.)
"Save your breath. Promise me one thing, do whatever you can to escape death. There's a long road ahead for you and your death.. is not now."
(Sawano then managed to move one eye towards the dark-shadowed individual and a red sigil appeared underneath him which generated a great amount of light as his body then vanished. Sawano then wakes up as if everything was a dream and was inside an empty dojo.)

"Sawano: Huh.. W-Where...? What even..-"
(He then sees a note in front of him.)
"Note: Sawano, this is a letter from the future. By the time you read this, you believed everything that happened to you was a dream, unfortunately it wasn't. Do me a favor Sawano, enjoy life the way you want to. But make sure you're always prepared for a fight, no matter who its against. -Father"
(As Sawano then stood up and looked around, he'd notice the dojo is completely clear of everything as it was empty. He then went outside of the dojo and looked at how far he was from the city. Sawano then started to walk down the endless flight of stairs where he was then entering Hakodate by the outskirts but felt a bit excited for entering the city. Therefore, his adventure was now beginning.)Bookmark here 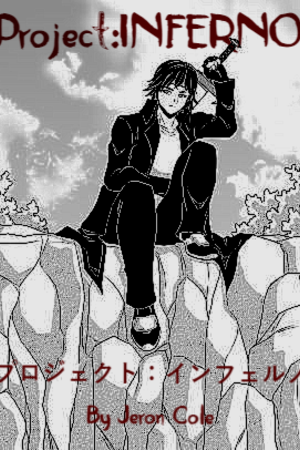