“I heard this thing’s a complete savage.” A security guard said as he and another guard walked through a long white corridor. “Yeah? Well, let’s just get this over with quickly.” The second guard responded, “I don’t wanna lose a hand or something.” The two reached the end of the corridor, standing in front of a large clear cell. Inside the cell was a bed with plain white sheets and pillow, a small pure white desk with a chair, and a porcelain toilet. Small scratch marks were scattered across the cell, and sitting in the middle was a small boy. This boy was wearing a tattered and torn orange jumpsuit like he was a prisoner. From his forearms and knees down, he had blueish black fur with sharp claws at the ends of his fingers and toes. He had a tail with the same fur color wrapped around his left leg, and he did not have normal human ears….instead had wolf-like ears sprouted at the top of his head. His hair was long, dirty, and messy.

“Can’t believe this thing’s just in here by itself.” The second guard said as he pulled out a small key from his pocket. “Why do you think they keep it here? The thing would go ballistic if it was around the others.” The first guard said as he pulled out an identical key. They put their keys into two separate locks and twisted them in opposite directions, unlocking the door to the room. The men cautiously walked in. “Hey buddy,” The first guard tried to sound friendly, “How have you been little man?” The second guard looked at the boy nervously as the boy turned his head around to look at the guards. He was gnawing on a meatless bone. His amber eyes darted back and forth at the men, “Grrrrrr.” He growled at them, snapping the bone in half and baring his wolf-like fangs. The first guard took a step back after the boy snapped the bone, but continued walking toward him, the second guard also scooting toward him. The boy stood up and turned his full body around, looking ready to attack. The two got a bit closer, “NOW!” Shouted the second guard, the boy shooting his gaze at him. That gave the first guard the opening to grab the boy from behind, but the boy fought back, biting hard on his right arm causing him to scream and let him go.

The boy landed on his feet and lunged at the second guard, slashing his left cheek. “GAH! SON OF A…! The boy ran to the back of the cell, ready to attack again. The guards examined their wounds, “Feisty little bastard, isn’t he?” The second guard nodded. As they continued to try and catch the boy, a woman holding a clipboard was walking toward the cell. She had auburn hair, wore glasses, a white lab coat, black leggings, and black high heels. Once she reached the entrance, both the guards flew out of the room and landed by the woman’s feet. They groaned as they looked up to see the women staring down at them. “Miss Amber!” The two guards exclaimed as they got up. “I take it Experiment 9320 is being difficult again?” She asked. “Uhhh, yes ma’am.” The first guard replied, “Perusal.” “Well, that’s because you all treat him like he’s an animal,” She pushed up her glasses, “I will treat him as a human. Because that’s what he IS.” The two guards looked at each other, then back at her, “Hey, if you wanna go in there, it’s your funeral. We need to get our wounds treated.” Miss Amber nodded, “Indeed.” She responded, ignoring their warning. They sped walked away. She took a deep breath and smiled, “Time to prove them all wrong. You are NOT the monster they think you are.” 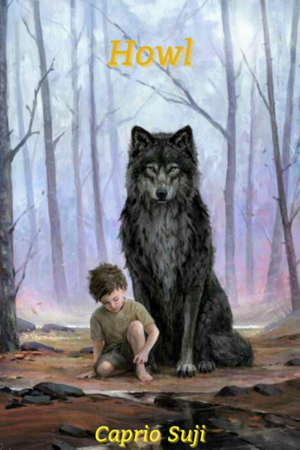