All the students got inside the building and then another man came in, “congrats future warriors on getting your signets, now this will be a screening for you, inside this shrine, are 30 of you out of the fifty that came here, now to make this easier, we will attend to you based on your signet, iron signet, to the left, copper signet to the right, bronze in the middle.” Everyone started heading to their locations and then suddenly, the man noticed everyone moved except Amber, “Young man excuse me, what signet do you have.” Amber stood confused as his signet wasn’t normal and he was already the centre of attraction, “I have a platinum signet.” He said taking spaces in between each word, “fascinating, okay you’ll go in with the bronze guy for now, until we know what to do with you.” Alice was already monitoring Amber and was inquisitive about his brothers ability, Amber walked off to stand with the guy who told him they’d meet inside, “hmm, I see you made it with a rare type signet, a platinum, what ability.” The mysterious guy asked, “cre—a—tion.” Amber said as he was thinking about his circumstance a rare ability and a rare signet, “I’m Dread, Dread Graham, just call me Dread.” Amber looks at him and smiles “I’m Amber Yuma, nice to meet you, so I guess we’ll be screening together.” Dread looks to Amber, ooh, yeah.” The man then starts talking again, “ you will go in in a team of two’s, when you get in you will see a machine, with wholes for your hands to enter, once you put in your hands a gem will be attracted to your signet, after the Gem gets attached walk down the hall on the other side and wait for another guardian to give you information’s, we will start with the both of you please go in.” Amber and Dread walked up to the machine and fixed in their hand the pain they felt from it was excruciating, Dread’s pain stopped but Amber’s pain kept on going, “ahh, the pain is becoming more unbearable, Dread can you call the guardian.” Dread ran and called the guardian, and once he came they put off the machine and it seemed it was working on someone’s ability, once Amber removed his hands he got an emerald signet and mysterious as it sounds a diamond ring appears on his finger, “wow a diamond your in emerald house, nice.”

Amber felt his day was going wrong, the emerald gem he had wasn’t as bright as a emerald gem is suppose to be, which means his ability will be low, all students had gotten their ability gem and now it was time for the other screening a grouping phase, “ Congratulations young warriors, you have made it to the last part of your screening, this phase is the grouping phase, all of you now have your signet and your gem, there are six gems present here in rankings, The blue Sapphire, blood Red Ruby, Jade, alexandrite, Aquamarine and Emerald, the Sapphire is the highest and the strongest rank, followed by the Ruby and the Jade till emerald, now I want you all to locate your fellow gem mate.: everyone located their gem mates, Sapphire had two persons of which Dread was one of l, Ruby had six of one of who was Alice, the rest had 5, except emerald that had 8 with Amber, “now, you all would be called to the camp by tomorrow, so get home and prepare, because the next two years will be hard, sign in with the receptionist, drop even your address you’ll be picked up by tomorrow, goodnight and congratulations once again.”

Amber and Dread met up and spoke and then they agreed they’d meet in the bus, Dread even said he’ll save Yuma a seat on the bus, “Amber, you idiot let’s go home, you can chat with your boyfriend tomorrow.” Alice said to break their communication, “your brother’s sick, see you tomorrow man.” Dread left before Alice would say another weird thing, “Alice you know you’re a fool right, I’ll kill you if you go around saying shit like that bout me and people, it might not be anything to me, but don’t think it’s the same with him.” Amber lashed at Alice for the comment he made Alice didn’t care but he wanted to know, “Amber what is your ability.” Amber look to him and smiled, “well my ability is creation but I don’t know if its like granddad’s, but I had an emerald, sooo!!, buh you’re a Ruby, your strong really, I didn’t know I was that weak.” Amber felt weak because of his emerald, apparently your gem will be given to you based on your power level as at then, but it can be levelled up after harsh training if your resolve and strength grows you can be given another gem. “you were always weak, don’t worry I’ll protect you, by the way what’s that ring on your finger, did you steal it.” Alice notices the rings on Amber’s finger, “you fool, no I didn’t, It came on my finger just like that when I was about getting my gem.”

“It doesn’t matter though, not like you’ll get stronger with it, let’s head home and prepare.” They got home and told their parents every thing that happen and their parents helped them prepare for the journey tomorrow. 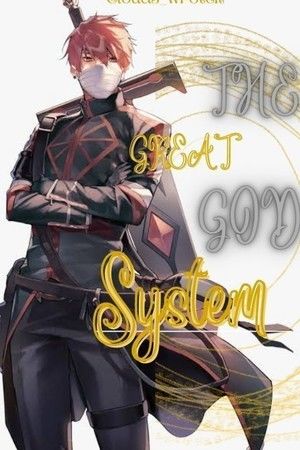