-* Aura of Orma *-
The main protagonist of the story, Aura is a very soft and kind boy. His love for his adoptive parent, May, is incomparable as he tries to hold onto her. His moving to Dirya school of mana somehow triggers past life memories in the form of dreams. Despite all this, he tries his best in his studies and is a very proud Yttrancian manipulator as he sees many applications on how he can use his power. Weird love towards cow's milk.

Appearance
Aura is a frail boy. Although he isn't the most handsome person he has ever seen, it doesn't let him down. His eyes are of greenish-yellowish tint. His face has a smooth jawline, sometimes making him look feminine. He has short blond hair that falls down into a fringe in front of his face. His eyebrows just above his eyes gently framing his eye sockets. His lips are naturally of peach-colored.

-*Jayde Oliani*-
Being the chef of the group, he takes care of the rest by cooking for them. He often makes jokes with Mia and gets along with the rest of the group. He is very concerned about the well-being of the group as he wants them all to be nice and healthy. He has a burning desire for being the best chef. His family on top of that is wealthy as they are a famous restaurant owner.

Appearance
He has black hair and dark-brown eyes. A little bit taller than Aura.

-*Mia Wynnfred*-
A noble of unknown origin. She seems to be a little slow-witted but still managed to have entered the third section. She is very childish and energetic, Jayde seems to have gotten used to it as well as other members of the division. She seems to have a mutual understanding with Mimi, to which they often just hang out together. She is very care-free and lives her life just as it presents itself. She was seen reading a book, so this might be a sign that she likes reading as her hobby.

Appearance
Shorter than Mimi, she possesses a beautiful figure and facial features that left Aura stunned. She has red hair and indigo eyes, her hair, as Aura said, gently framing her face.

Family
Unknown as of yet.

-*Mimi Grania*-
Despite being a princess, she isn't easily recognized by others. She possesses a royal aura to her as she talks with her companions. She has a grudge against Aura to which Aura just ignores as he felt bad in the first place. Her interactions with the rest of the group seem friendly though. She seems to be care-free with her studies as she skipped the first briefing with the rest of her section.

Appearance
Although slightly taller than Mia, she is shorter than Aura. Her grey eyes and hair seem to add to the fact that she is royalty. Her figure is perfect and well taken care of.

Family
The Royal Family - Unknown as of yet.

Due to my birthday coming next week Thursday (May 7). There might be a circumstance where I will miss a chapter. Please bear with me as I will make up for it in the coming weeks.

So far, I am very happy that the story has worked itself up to the weekly rankings under the school genre, ranking #1 even! This bumped the monthly ranking of the book under the same genre to #3! Thank you so much for your support so far! Please keep up with the chapters and don't forget to leave a like!

Chapter 10 has been a very heavy chapter for me to write, I would like to hear some thoughts from you, the reader, about it. I think that chapter defined what the book is really about and what the problem is. Please tell me what you think about it.

All in all, I want to give thanks to my editors again. In the upcoming weeks, I would want to present to you a new addition to my team. I will mention his name in the next special '.5' chapter. I am very grateful for his addition, which is all I can say for now.

Thank you so much! Much love and happy reading,
Jay
Author of Another Story.Bookmark here 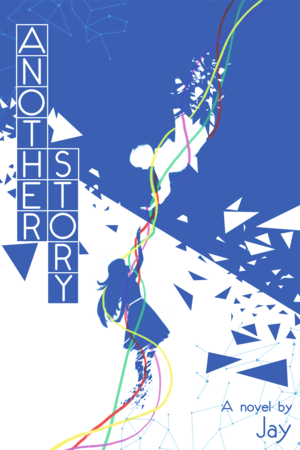