We were on our school trip traveling by bus.

It was the summer of our second year of high school, and our hearts thumped in anticipation of spending the next few days in Okinawa.

Daigo was sitting next to me. We chatted about dumb teenager stuff—or to be more accurate, I talked while he listened.

He was well-built, nearly two meters tall, and a man of few words. Although he never said much, he would nod from time to time to let me know that he was listening.

As well as being strong, he was a kind and considerate guy. I was proud to call him my best friend since elementary school.

I gazed out the window at the clear blue Okinawan sea, which seemed to stretch endlessly into the distance. I experienced a sense of freedom I had not felt in Tokyo, with its plethora of high-rise buildings. My excitement grew.

The bus was gone.

Somehow, we had been transported abruptly to a place that resembled a church.

A statue of the Virgin Mary stood at the back, grossly deformed and missing her head. Hoards of angels danced on the stained glass windows. Somewhere, a pipe organ played classical music, even though there was no one to be seen.

It was an eerie church.

My classmates were murmuring among themselves.

No one seemed to understand what was happening.

As we were trying to make sense of our situation, the church doors opened, and a woman wearing a black dress sauntered in.

Her cute and frilly clothing was reminiscent of Gothic Lolita fashion. She appeared to be around our age.

She didn’t look Japanese, though. Her hair was blonde, and her eyes were red and almond-shaped. Although she was pretty, she seemed like someone hard to approach.

The woman made her way through the crowd and walked up to the statue of the Virgin Mary.

She then turned around to face us, pulled up the sides of her skirt, and made an exaggerated curtsy.

The woman introduced herself with an aristocratic-sounding name.

The first to speak up was our class president, Hiroshi.

Everyone gasped in amazement at his ability to act calmly and swiftly despite the situation.

“Dude. Don’t you know that the first person to speak usually ends up dying?”

Eiko, one of the teenage gang members, stirred the pot unnecessarily, which only caused everyone to feel more on edge.

“Now, now, everyone. Calm down. It’s all right. You are here because I require your assistance. I have absolutely no reason to kill any of our valuable assets.”

Charlotte beamed at us reassuringly.

“‘Assistance?’ You want us to help you with something?”

“That’s right, my dear Savior. I’m glad you understand. You shall be fighting a war presently.”

A war. It sounds like a line from a movie, but to hear it in real life sent chills down my spine.

Some of the girls were trying to stifle their tears.

“There’s no need to be afraid. As Saviors, you have each been bestowed with a powerful skill on your way here.”

A “skill?” Does she mean a special ability, like in video games?

“Do you feel any different?”

Daigo shook his head slowly at my question.

I didn’t feel any different, either.

“Please check your phones. I’ve sent each of you a message briefly describing your skill type.”

All of us looked at our phones immediately.

“Ugh, what the heck?! This totally sucks!”
“A defense skill? Wish I’d gotten an attack skill instead.”

While my classmates voiced their surprise or disappointment, I stared in disbelief at my screen.

That can’t be right. How am I supposed to fight empty-handed?

I glanced at Charlotte, standing in front of the Virgin Mary.

As if noticing my gaze, she winked at me and smiled. 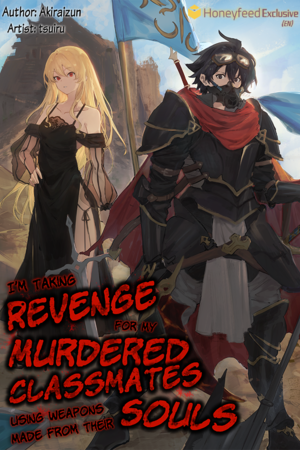