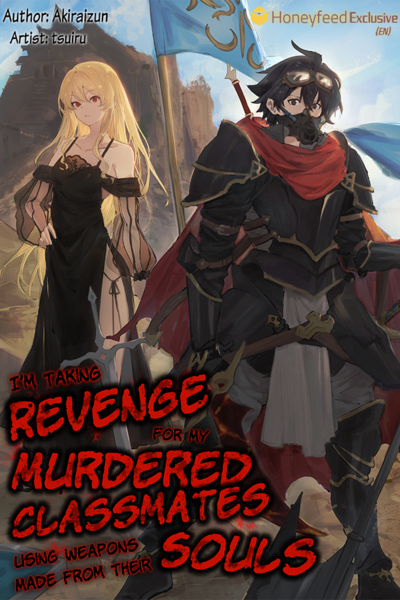 During a school trip, my classmates and I are suddenly dragged into the middle of a raging war. A crazy woman tells us that we’re on another planet and won’t be able to return to Earth unless we take back a castle from the enemy. She grants us powers to do battle, but while all of my classmates obtain powerful skills, I can’t seem to activate mine. That’s because my skill is the ability to turn my dead classmates’ souls into weapons.
Thus begins a grand tale of a banished man taking revenge for his murdered classmates.